The Genius Of Ettore Bugatti 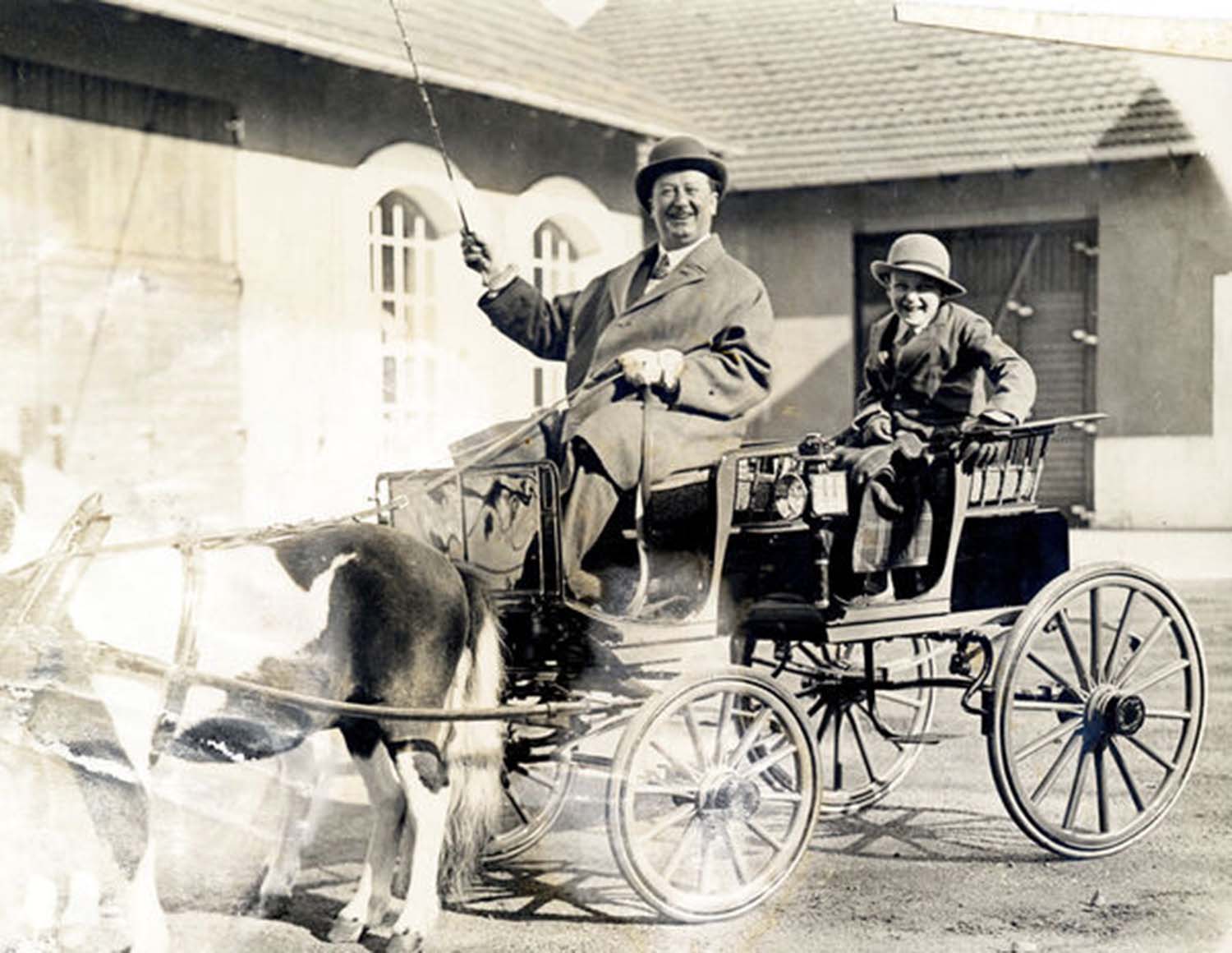 With cutting-edge hyper sports cars, some of the world’s most successful racing cars and approximately 1,000 patents to his name, Ettore Bugatti established the Bugatti brand’s relentless quest for perfection through innovation, defying the norm at every turn. It’s an ethos that endures to this day and into an all-new era for Bugatti.

It was clear from his earliest years that Ettore Bugatti was a natural-born engineer, so gifted that even without formal training he could master complex designs. His father, Carlo Bugatti, recognized his talents in repairing a motorized tricycle, and later persuaded Ettore to take an apprenticeship at the Prinetti and Stucchi factory at the age of 16.

Ettore’s unyielding ambition to innovate and fascination with both power and speed was immediately apparent. A year later, he had designed his own motorized tricycle, which he himself competed in during the Paris-Bordeaux race. The next year, he left Prinetti and Stucchi to craft his own automobile with funding from the Counts Gulinelli.

And so it was that a young Ettore Bugatti crafted his first car; every detail – from the engine to the body – drawn by him, with the creation of the parts overseen by him and assembled with his own hands. His groundbreaking design which challenged established archetypes earnt him multiple awards, catching the attention of the De Dietrich company, who subsequently hired him to design and build vehicles. Ettore was still so young that his father had to co-sign the contract with him.

Ettore’s unrelenting belief and passion for the automobile was very much before its time. In the very early 20th century, the automobile was far from being an established mass form of transport, nor was it considered to be a long-term solution. For many, it was regarded as being reserved for European and especially French bourgeoisie to enjoy the exclusive activity of the era: racing. But the future would hold a very different reality.

While working at De Dietrich, this propensity for developing ideas well ahead of his time became clear. In 1903 he built a car for the Paris-Madrid race, placing the driver and mechanic low down in the chassis – best for center of gravity and aerodynamics. This revolutionary solution was so pioneering that the car wasn’t even permitted to race; the organizers believed being seated high was the correct design.

In 1907, while officially working as the head of production for engine manufacturer, Deutz, Ettore continued to develop his own ideas. While creating larger-scale, heavier duty vehicles with high capacity engines for his employer, he was building a car that would directly contradict the trends of the day: it would be both small and lightweight.

In 1909, the Type 10 or “Pur Sang” (thoroughbred) was completed. A 1.2-liter four-cylinder engine with 10 PS accelerated the two-seater – weighing only 365 kg – to a top speed of 80 km/h. The overhead camshaft operated two valves per cylinder suspended in a cast-iron block -an innovation of Ettore’s own thinking. The camshaft was connected to the crankshaft via a vertical bevel shaft, with the power being transmitted from the engine to the rear wheels via a multi-plate clutch and a drive shaft – also highly unsual at the time when most automobiles were equipped with chain drive.

Ettore was among the very first to utilize racing as a platform to demonstrate the true greatness of his cars by showcasing them in front of encapsulated crowds of spectators. His engineering prowess and passion for speed and power shone through in the performance of his creations as they unsettled what many believed to be a winning formula. History would show this enduring philosophy be adopted by Bugatti’s rivals, as they too attempted to emulate Ettore in using racing as a stage for their own automobiles.

At the French Grand Prix of 1911, Bugatti entered a modified Type 10 – known as the Type 13 – with Ernest Friedrich at the wheel, lining up against cars that weighed almost twice as much, with engines almost three times as large. But Ettore‘s vision and determination prevailed, and his creation finished in an incredible second place.

Closing in on perfection

Ettore Bugatti’s fascination with his creations led to a number of patents secured for a new racing car named the Type 35. For the first time, a double roller-bearing and triple ball-bearing crank operation was used, which allowed the engine with the eight pistons to rotate at up to 6000 rpm. Its alloy wheels were another Ettore Bugatti patent innovation, helping create a lighter and more agile car in the process.

Ettore’s desire to craft ever-faster and more powerful machines saw the first Type 35 could hit more than 190 km/h – easily surpassing all its competitors. In the later model, the Type 35 B, with a 2.3-liter eight-cylinder engine and supercharger, the power increased to up to 140 hp and the top speed to over 215 km/h.

The Type 35 entered the Targa Florio race in Sicily, Italy, for the first time in 1925 and immediately scored a victory. Four more times models of the Type 35 arose as winners in this highly prestigious long-distance race on public mountain roads. It was the toughest and most notorious street race in the world. Overall, the Type 35 won around 2,000 races by the early 1930s, making it the most successful racing car ever made.

Master of all trades

Part of Ettore Bugatti’s brilliance was that his technical mastery extended across the entire spectrum of automotive development and beyond. Having created the lithe Type 35, Bugatti later built the longest and most luxurious car ever seen at the time: the Type 41 ‘Royale’. Highly selective with his clientele, only the most distinguished customers of the era Ettore authorized to purchase a Type 41 – many of whom were kings and aristocratic gentlemen alike. Hence, the Type 41 became known as the ‘Royale’.

Under the lengthy hood was mounted an ingenious 12.8 liter inline eight-cylinder engine, capable of producing around 300 hp. It managed to accelerate the vehicle, which could weigh up to 3.5 tons depending on the body, to around 200 km/h. The engine remained discreetly in the background: the maximum output was at only 1800 revolutions – it could run from 2 km/h to 200km/h in top gear. A dry sump lubrication system pumped 23 liters of oil to the required areas, and 43 liters of coolant oil kept the temperature in balance. A vertical shaft connected the crankshaft and camshaft together, the long crankshaft sat on nine plain bearings.

A multi-plate dry clutch that was shifted via a three-speed gearbox transmitted the power to the rear wheels. Bugatti doubled the quarter elliptical suspension on the axles in order to achieve more comfort. Solid alloy wheels with slots ensured that the large brake drums did not overheat.

Ettore Bugatti’s extraordinary inventions were a result of his relentless desire for improvement. He created his own distillery, unhappy with the liquer he could buy. He designed his own bicycles because he believed the best on the market weren’t good enough. And when he wanted to buy his son Roland a toy car, there was nothing suitable so he built his own – the now famous Bugatti Type 52.

But Ettore’s patents also included a cylindrical razor, an ultra-light frame for bicycles and motorcycles, and security locks. The ingenious inventor even created a casting rod for anglers. He also designed countless items for practical everyday use that were not patented: these included gates, doors, lighting fixtures, armchairs, vices, surgical instruments, horse harnesses and blinds for windows. 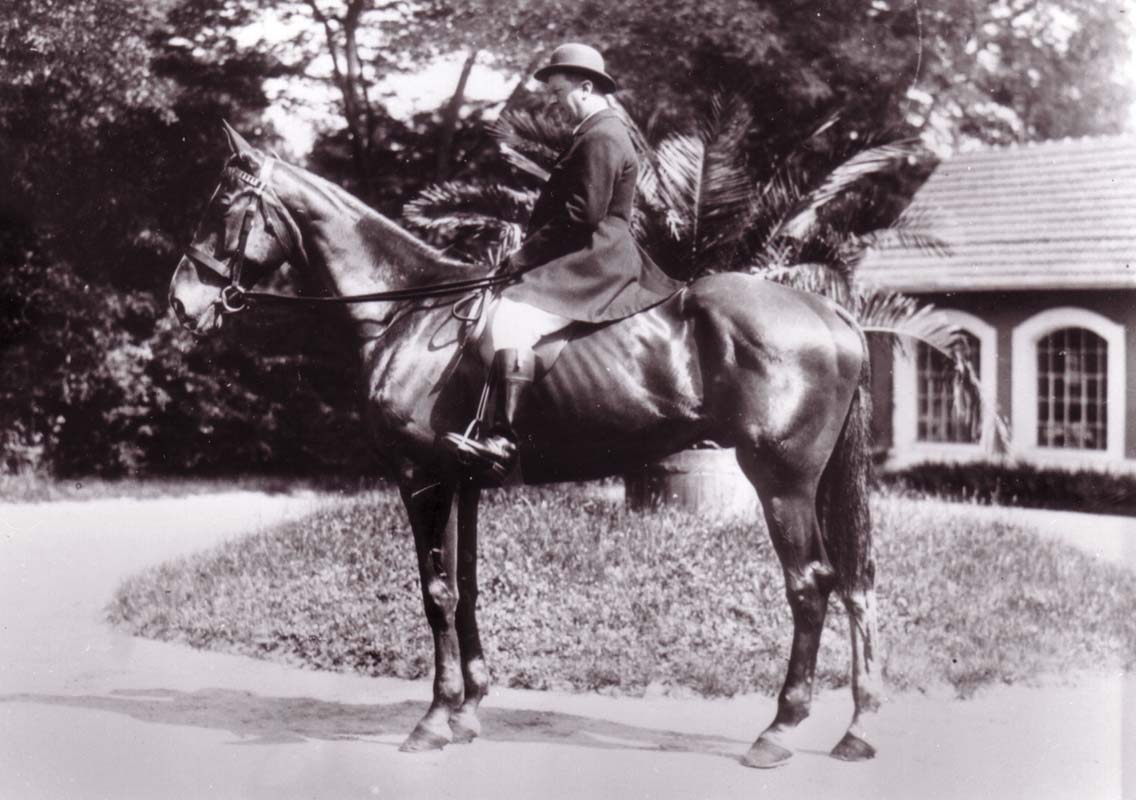 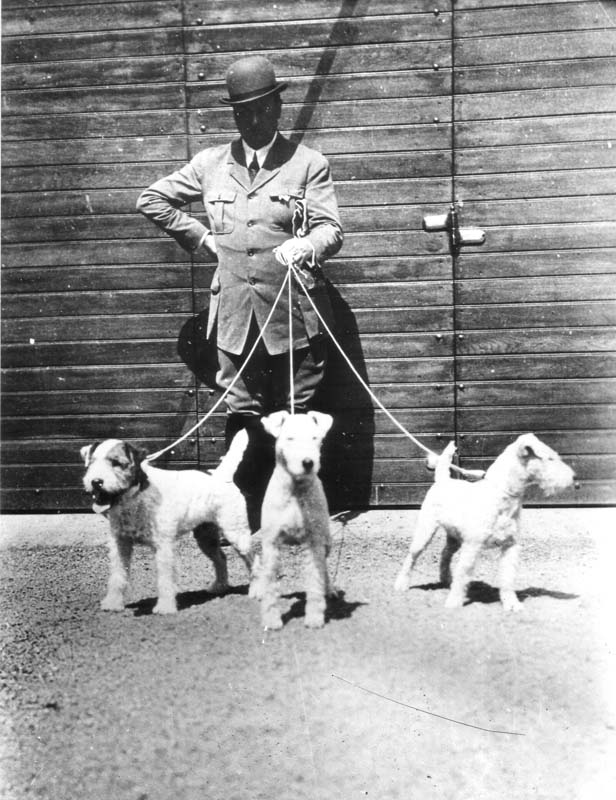 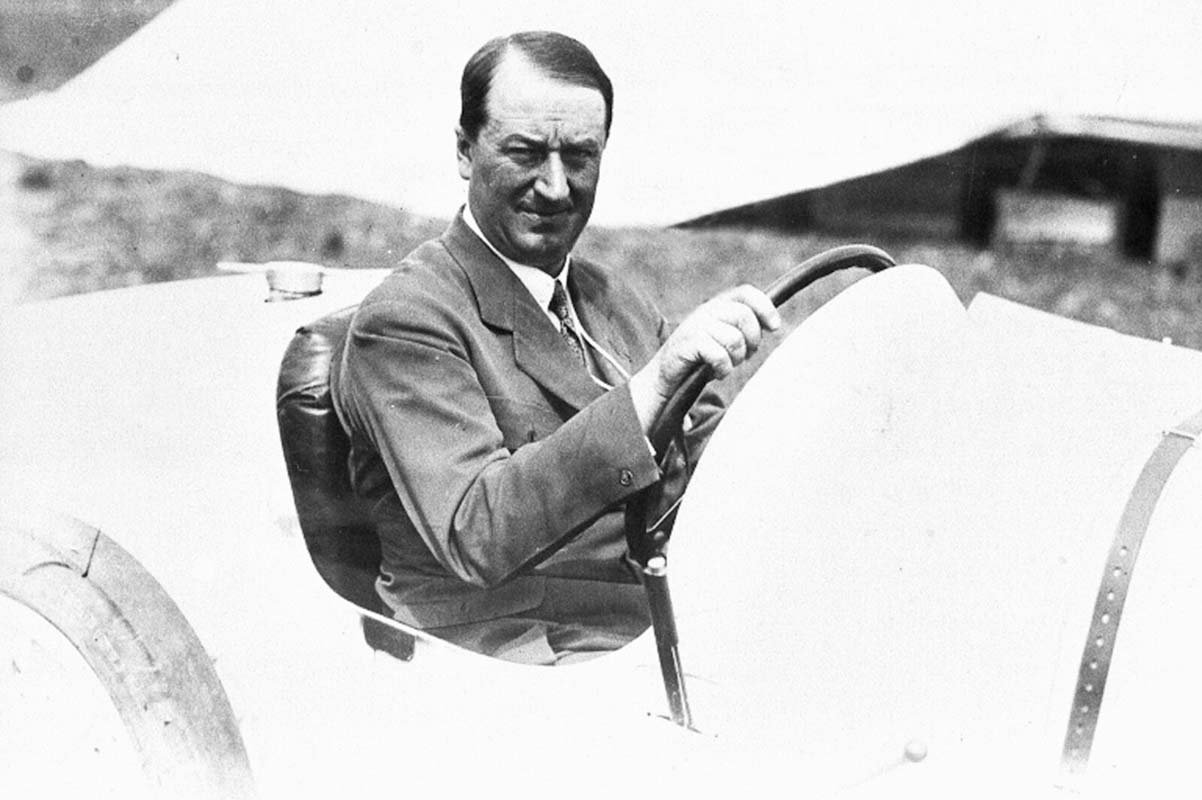 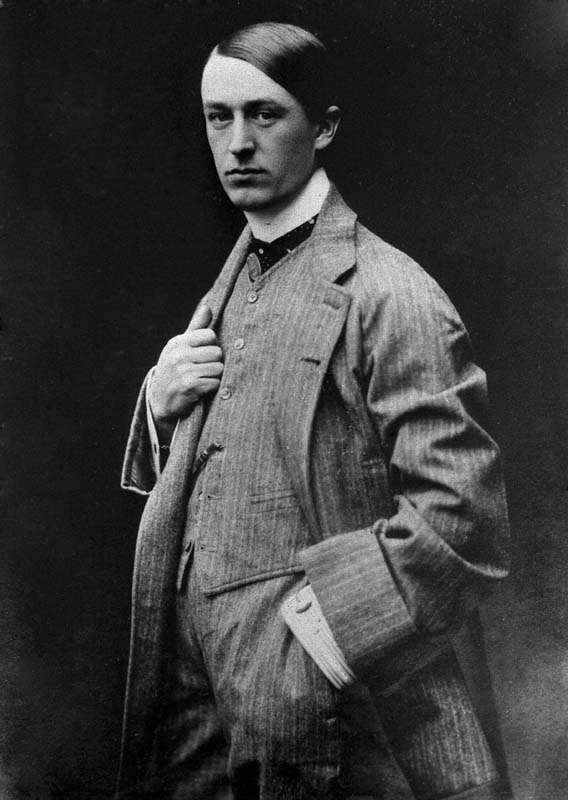 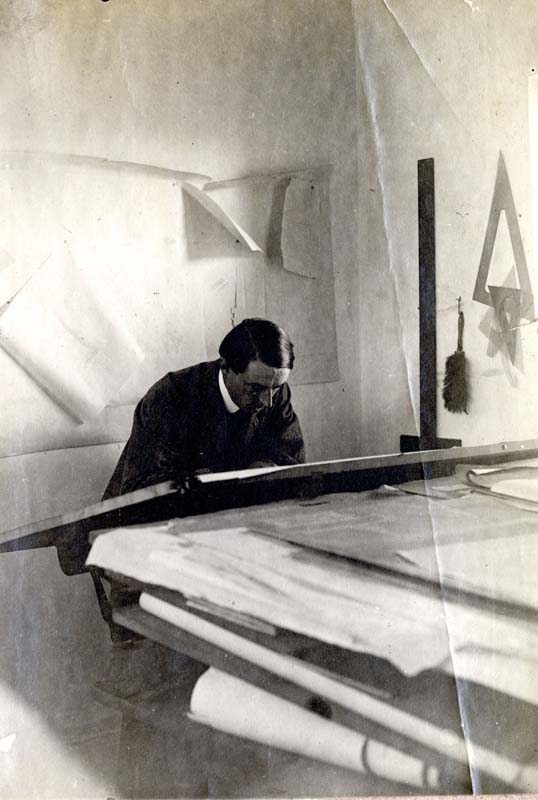 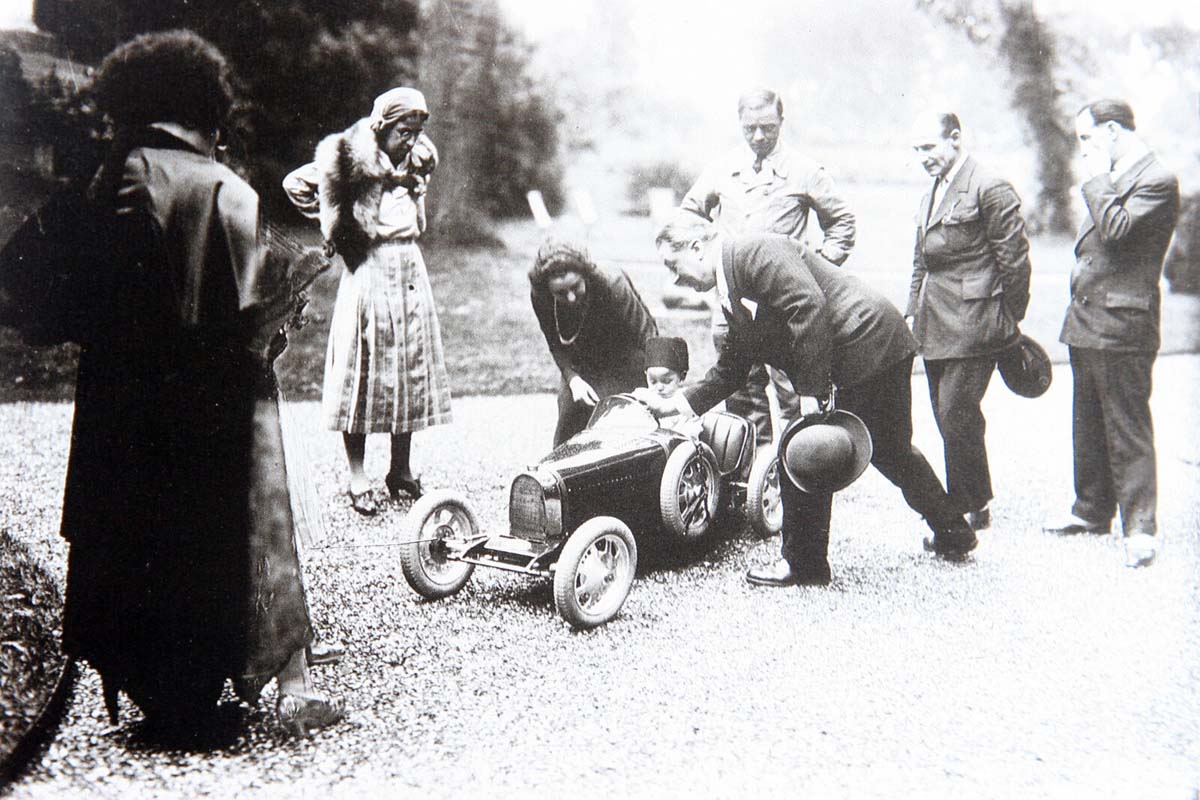