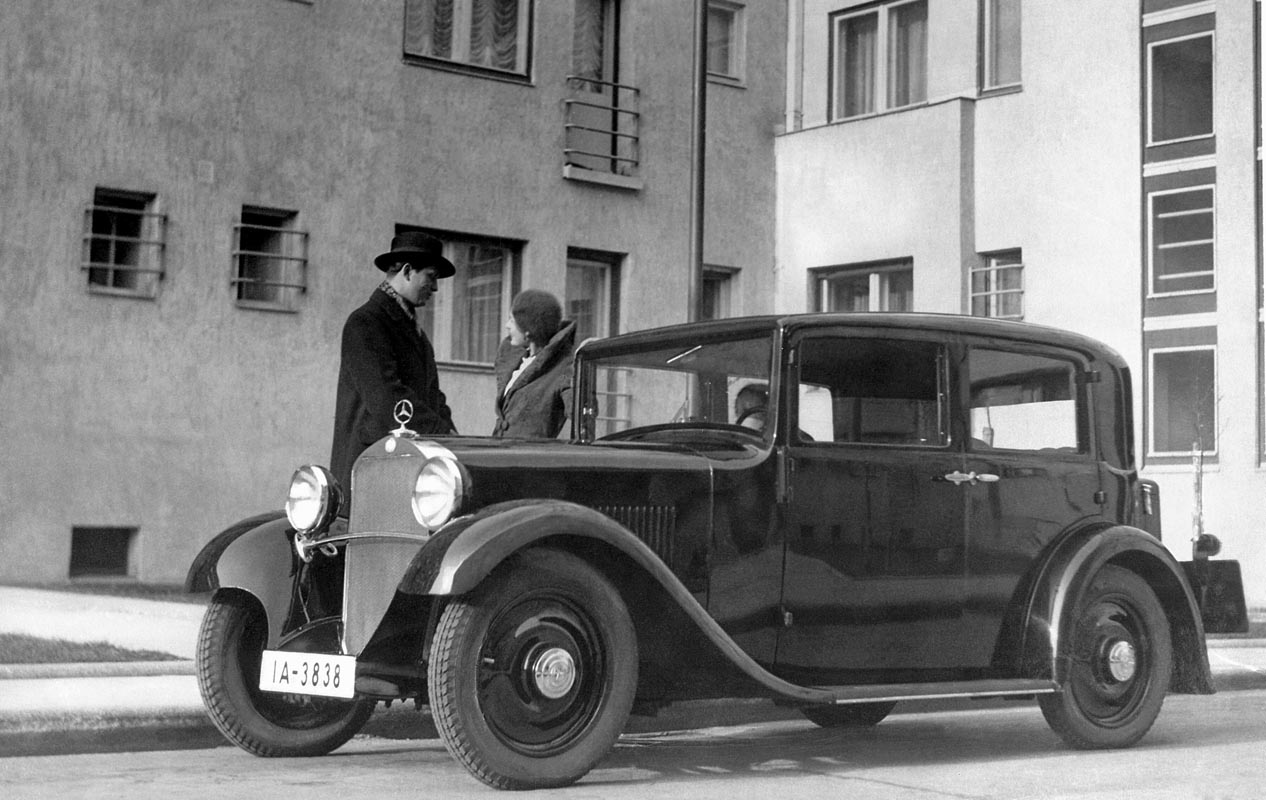 A technically innovative, compact and affordable passenger car: this is how Mercedes-Benz was able to impress both experts and the public alike at the Paris Motor Show from 1 to 11 October 1931, 90 years ago. The new Mercedes-Benz 170 (W 15) was the world’s first mass-produced passenger car with independent suspension and a swing axle. That model was in the tradition of the Mercedes-Benz C-Class. The car was powered by a 23.5 kW (32 hp) M 15 in-line six-cylinder engine with a displacement of 1,692 cc.

The new model was an immediate success. In 1932, the first full year of production, the brand with the star sold a total of 4,438 of the Mercedes-Benz 170 – almost 75 per cent of the total annual production of 5,996 passenger cars. Until 1934, the 170 remained the most frequently built Mercedes-Benz passenger car. A total of 13,775 vehicles with ten different body variants and chassis were built up to 1936, when the Mercedes-Benz 170 V (W 136) with a four-cylinder in-line engine replaced the W 15 model series.

The long road to the Mercedes-Benz 170

The premiere of the new medium-size car took place five years after Daimler-Motoren-Gesellschaft (DMG) merged with Benz & Cie. in 1926 to form what was then Daimler-Benz AG. The period following the pooling of interests of these two companies in 1924 was accompanied by a number of organisational difficulties resulting from reorganisation activities. The development of a compact passenger car of a high technical standard at an attractive sales price was also affected, although there was considerable need for such a car in view of the product range as it was at the time.

At DMG, the supercharged Mercedes 6/25 hp (later 6/25/40 hp) designed by Paul Daimler was introduced in 1923, but it was comparatively expensive and was only built until 1925. Benz & Cie. introduced the Mercedes-Benz 10/35 hp, a revised version of the popular Benz 10/30 hp, into the joint passenger car range. However, this compact car proved to be no longer competitive and production ceased in 1927. The Mercedes-Benz 8/38 hp (W 02) with a two-litre six-cylinder engine, developed under the direction of Ferdinand Porsche and launched in 1926 – one of the first two passenger cars under the new Mercedes-Benz brand name – was also of a rather conservative design with rigid axles and half springs.

In the late 1920s, development of a compact, innovative car at Mercedes-Benz progressed at an increasing rate. The foundations for this had already existed for some time: the engineers at Benz in Mannheim had already taken up the subject of independent wheel suspension with a swing axle in 1921. This technology was successfully applied by Benz in racing cars, but it was not transferred to series production. In 1926, Mercedes-Benz initially began work on a W 01 model series production passenger car which was more compact than the Mercedes-Benz 8/38 hp and was to be powered by a 1.4-litre six-cylinder engine. In 1928, a passenger car with a 1.3-litre four-cylinder engine (M 14) followed under the model series designation W 14. Both cars were conventional designs with rigid axles and leaf springs at front and rear. They were rejected by the Supervisory Board.

From 1928 onwards, the Stuttgart brand vigorously pursued the idea of a compact, state-of-the-art car for its model range. For example, the Board of Management minutes from the middle of 1928 stated that “a good small car at an appropriate price [would] be highly appropriate for the range of products for sale”. At that time, models with 1.6- or 1.5-litre engines were under discussion in the company. In October 1928, the Board of Management decided against production of the 1.6-litre model for the time being, and opted to continue testing the vehicle instead.

The project appeared again and again in the minutes of the Group: in June 1929, the engineers were working on the overdrive system and the swing axle. There is a note from May 1930 about the “swing axle car” being brought to series production. At the end of June 1930, Wilhelm Kissel, Chairman of the Board of Management of Daimler-Benz AG from 1926 to 1942, wrote about the importance of the later Mercedes-Benz 170: “Since the question of front wheel drive and the swing axle have been the subject of considerable attention throughout the car industry for some years, it would hardly be justified to thoughtlessly gloss over these two important matters.” Finally, on 1 June 1931, the decision to produce the new passenger car model with a wheelbase of 2,600 millimetres, a gross vehicle weight of 1,455 kilograms and a top speed of 90 km/h, which was quite respectable at the time, was taken.

Praise from the experts

The Mercedes-Benz 170 impressed the public from the outset with the quality of its suspension comfort, roadholding (independent suspension) and handling safety (hydraulic brakes and a low centre of gravity). These features were by no means a matter of course for this market segment at that time. And so the W 15 was enthusiastically received by the market, despite its price of 4,400 Reichsmarks, which was anything but cheap. Wilhelm Kissel, Chairman of the Board of Management, looked back over 1932 and emphasised: “We were the only company that was able to sell 1,700 more passenger cars this year compared with the previous year, 1931, thanks to our 1.7-litre model. […] We were saved thanks to the excellent standard of the swing-axle car and the quality of the diesel engine.”

The 3,940-millimetre-long Mercedes-Benz 170 (with bumpers it was just over the four-metre mark) received positive reviews – not only from customers but also from trade journalists. As early as October 1931, the “Automobil Revue” summed up: “In the vast majority of cases, the judgement of the expert or knowledgeable buyer will always come out in favour of the ‘Little Mercedes’.”

The “ADAC Motorwelt”, Issue 40/41 of 8 October 1931, enthused about the compact passenger car: “It can be described as one of the most advanced cars of the present day for everyday use, and rightly deserves the often unjustly awarded title of ‘top achievement in international automotive engineering’,” and continued: “There are indeed few cars in which the chassis and body are designed to fit together as well as in the Mercedes-Benz model 170.”

Trade magazine “Motor und Sport” had this to say in its 9/1932 Issue: “When assessing the handling characteristics, it’s hard not to use superlatives. In particular, the suspension can be described as unprecedented. Vibrations as such are now hardly felt at all. […] Roadholding is very good and, thanks to the low centre of gravity, even a dynamic style of driving is not accompanied by any risk.” 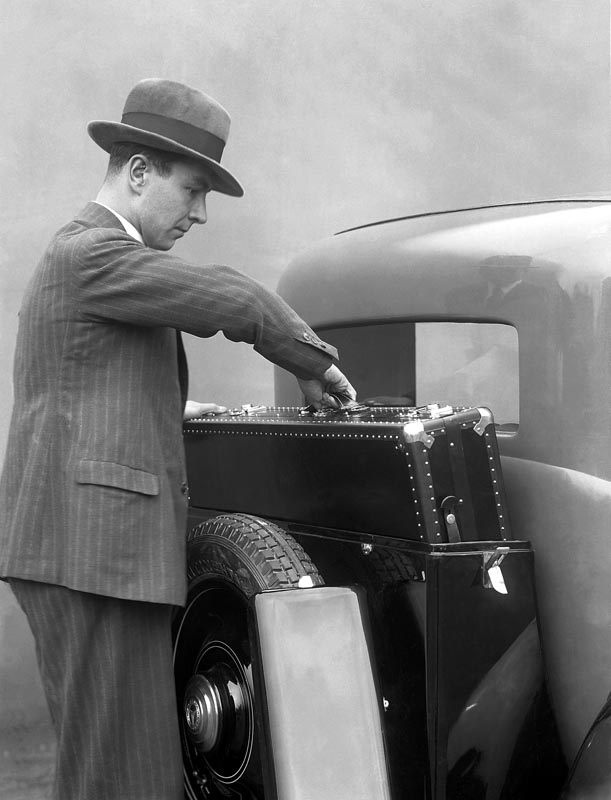 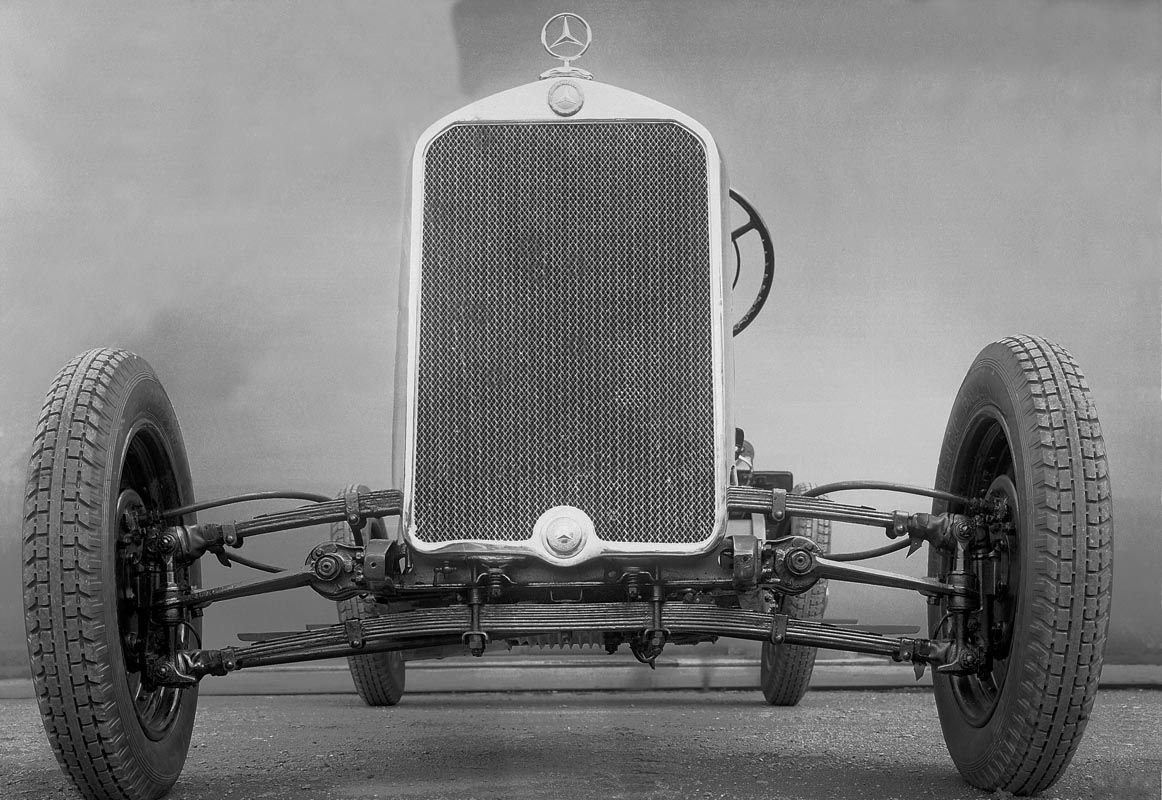 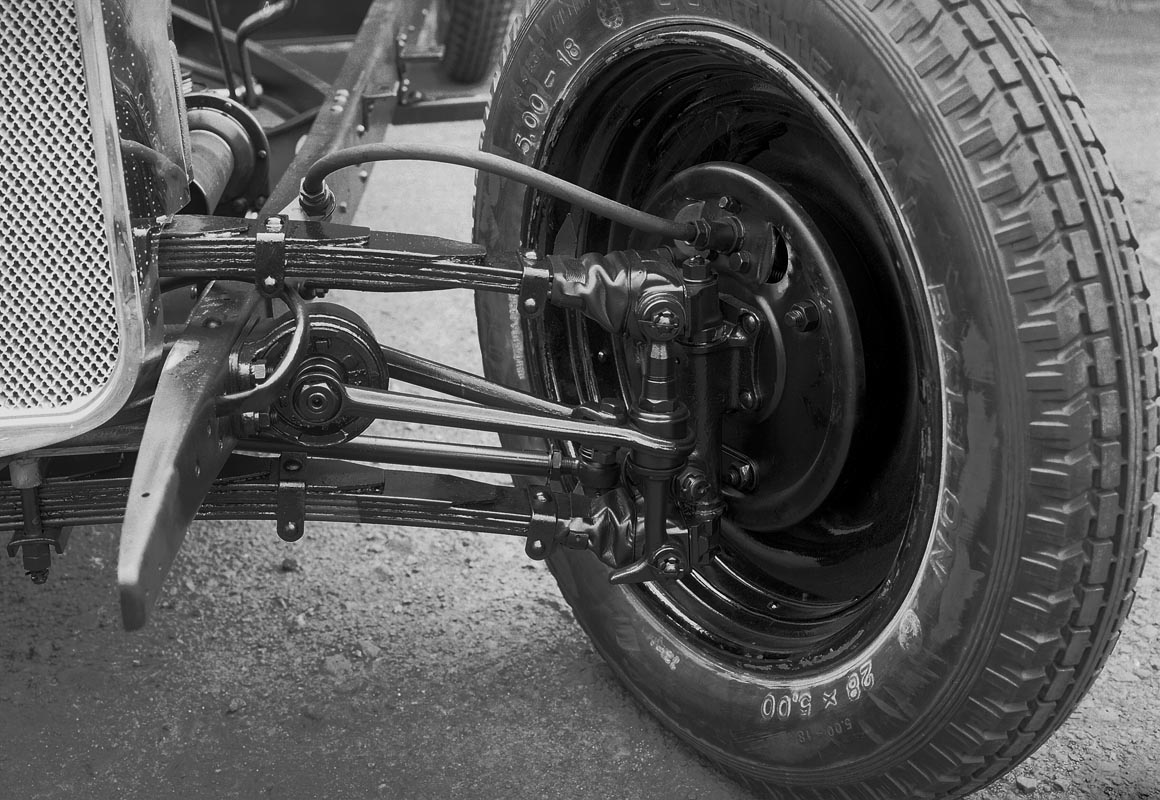 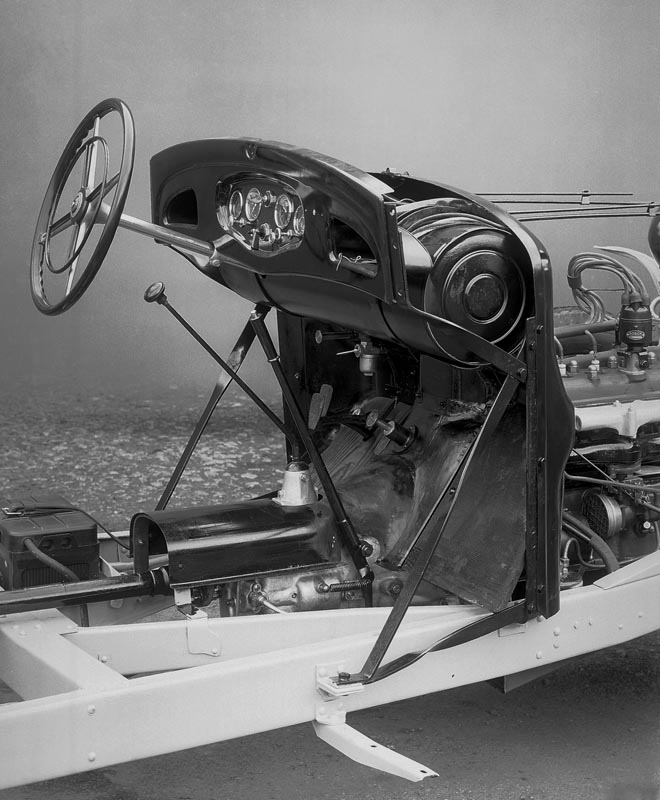 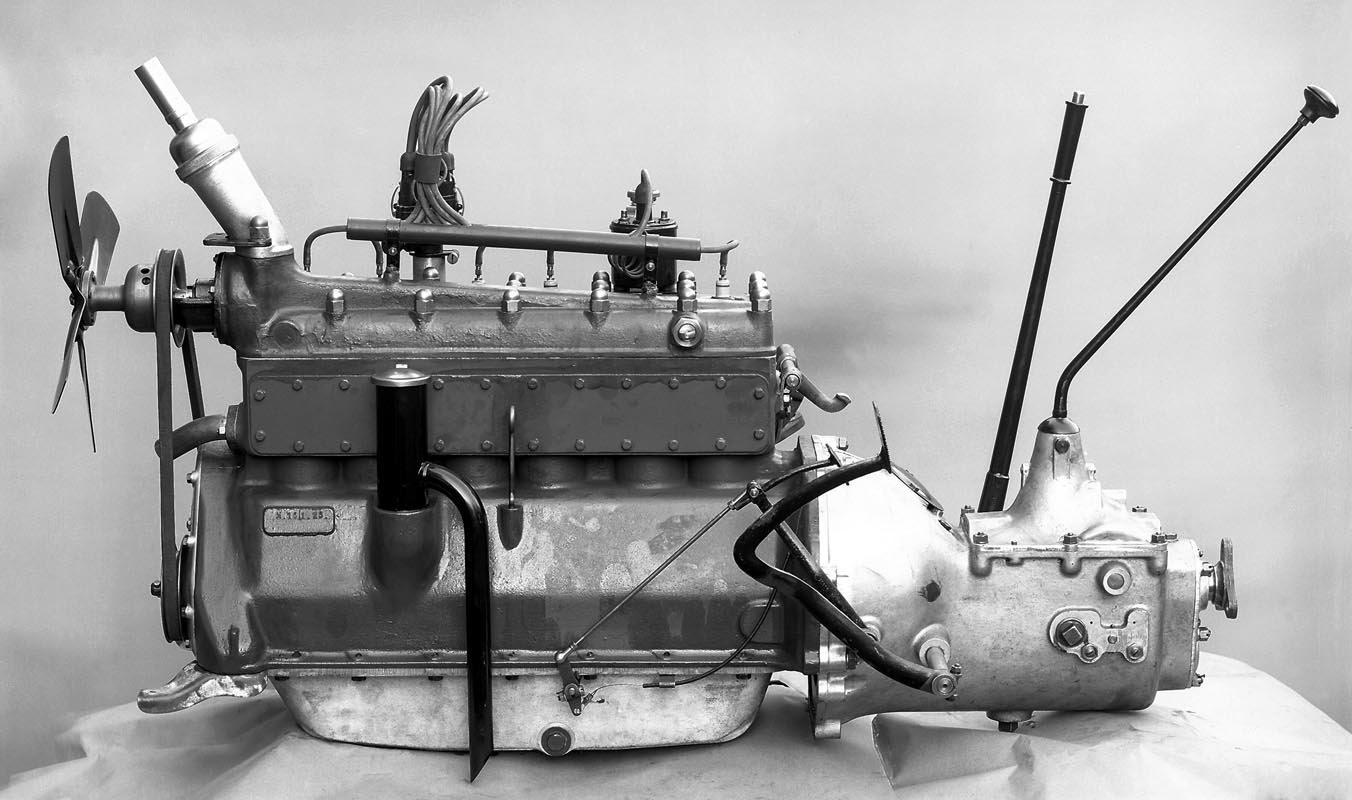 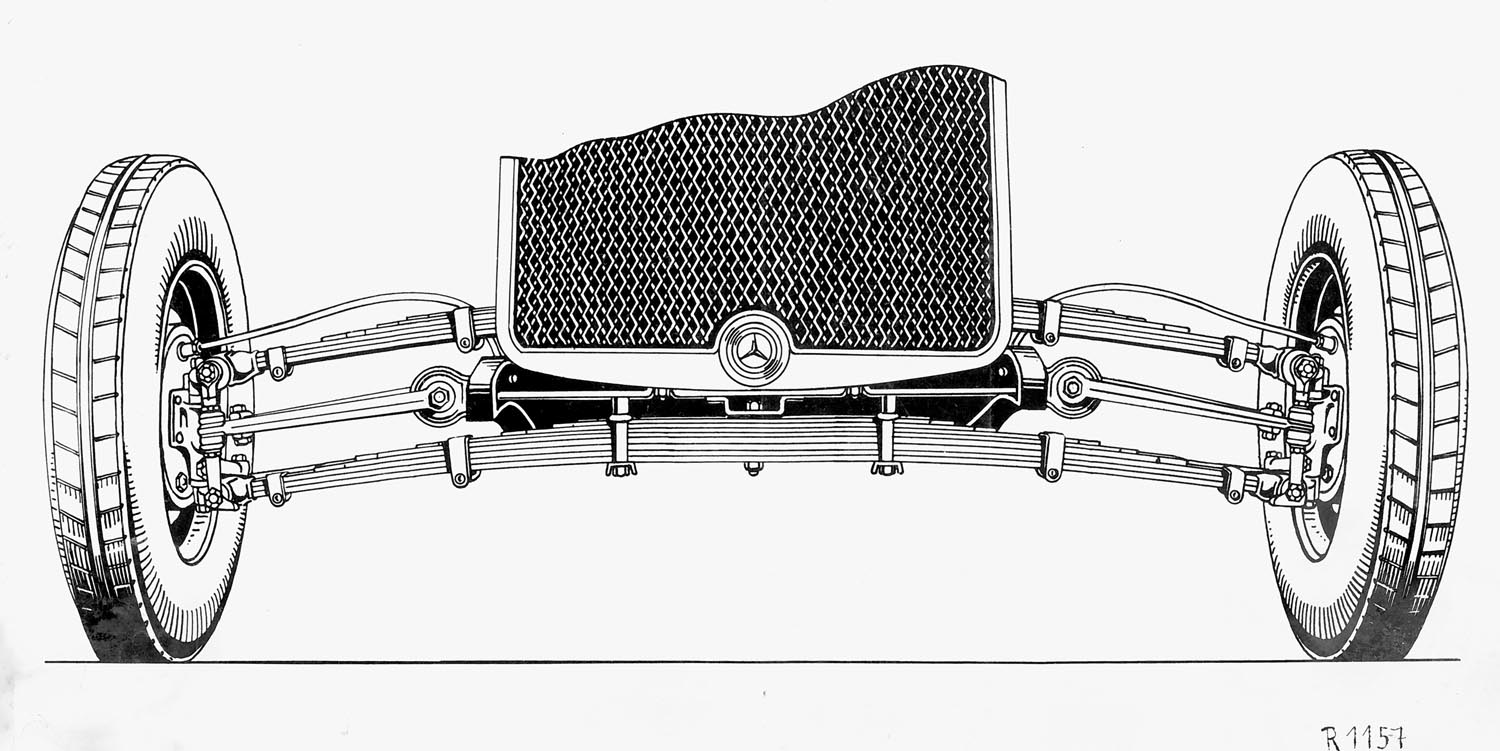 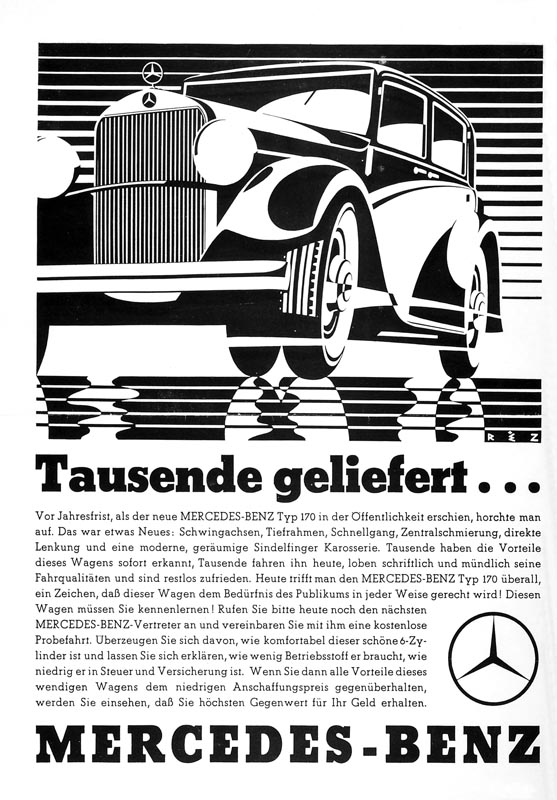 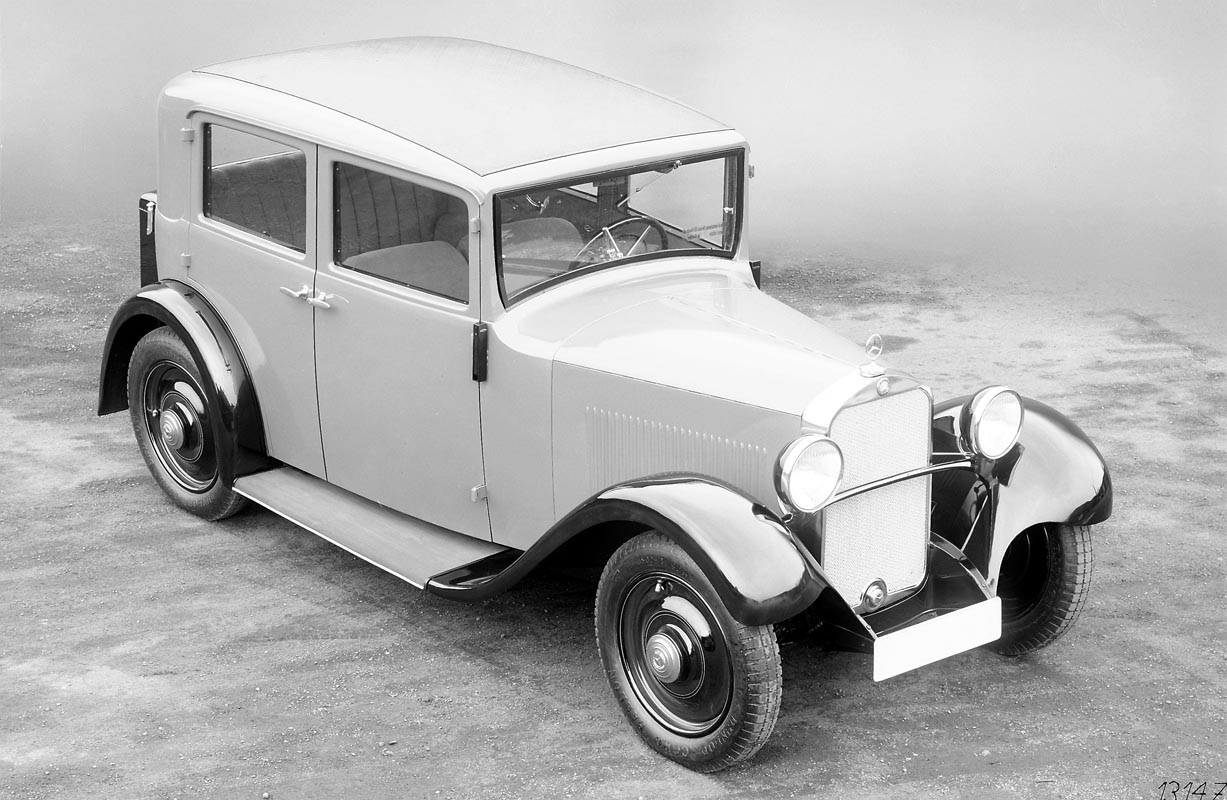 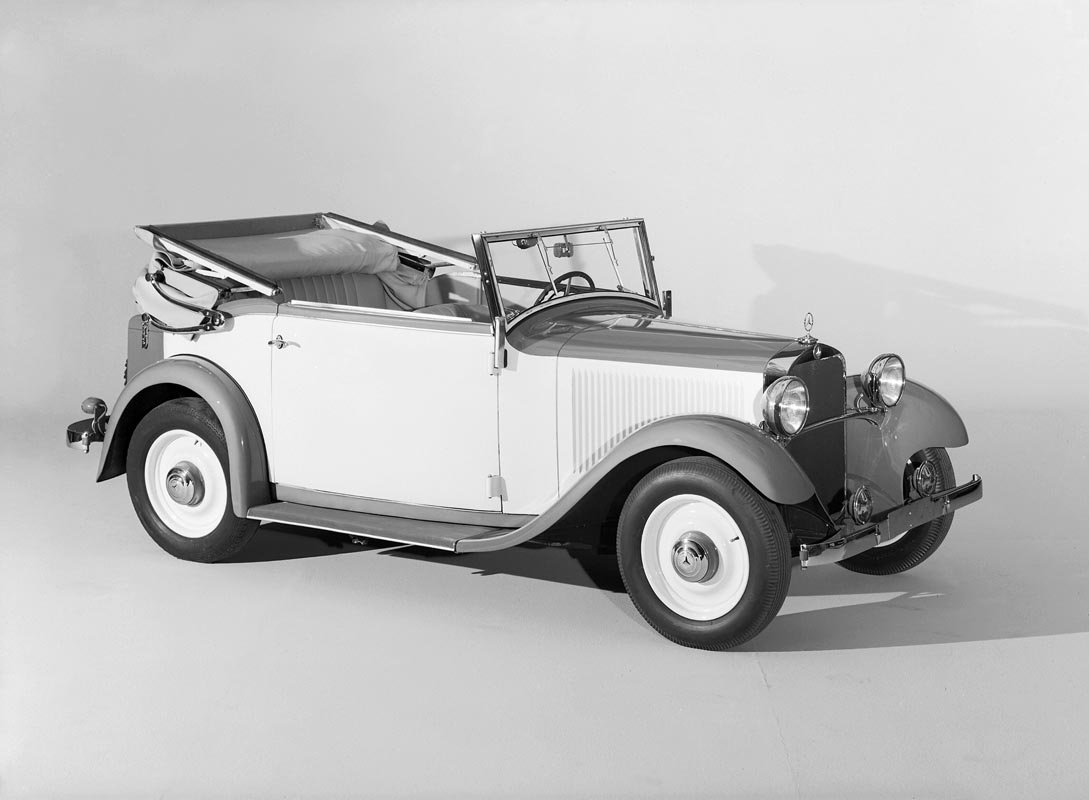