Luca Napolitano Celebrates Lancia’s 115-Year History, With The Third And Final Episode Of The Docufilm “Elegance On The Move” Now on air is the third and final chapter in the “Elegance on the move” docufilm, in which Luca Napolitano, Lancia CEO, celebrates 115 years of the of history of Lancia brand, talking with some of the big names of its past and present. Entitled “Dust and Stars”, this episode tells the story of Lancia’s role in motorsport and in the world of cinema and communications, fields united by their shared ability to excite and feature in the dreams of thousands of enthusiasts around the world. To celebrate the occasion, Luca Napolitano met up with two special guests:  Sergio Limone, Head of Design and Testing for the HF Lancia Racing Team, and Marco Testa, President & CEO of Armando Testa.

“This third and final episode of the documentary film on the brand’s 115-year history starts off in the world of rallying, where it all began, then moves on to review the great successes Lancia achieved. These victories have given Lancia the most wins of any brand in rally competitions, with the Lancia Delta having won more awards in this field than any other car ever. But there is also another chapter in our history, the one that speaks of the great love felt for Lancia by millions of fans and enthusiasts all over the world: in cinema, the arts and communications in general,” stated Luca Napolitano. In these fields, its cars have also come to epitomise the Italian culture of beauty and a job well done.
“A legend that remains current to this day, one we will be celebrating all together on November 27th, to say happy birthday to Lancia and its never-ending and enchanting Italian elegance.”

When talking about rallying, one cannot go without mentioning Lancia and the love felt for it all over the world thanks to it winning more rally competitions than any other manufacturer.
An extraordinary haul of awards that has taken Lancia to the Mount Olympus of motorsport: fifteen World Rally Championships, three Constructors’ and Endurance World Championships, one Mille Miglia, twice winning the Targa Florio and once the Carrera Panamericana. The memory then shifts immediately to the 1970s and ’80s, when legendary models – such as the Stratos, 037 and Delta – dominated rallying for over 20 years.

“Without Lancia, rallying could never possibly have been the sport picked by millions of fans and could never have taken over quite so many column inches,” said Sergio Limone, Head of Design and Testing for the HF Lancia Racing Team. “Lancia didn’t only dominate the world of competitions in technical terms, it also did so from a sporting perspective. Innovative cars, but also innovative solutions in terms of race management: the Lancia Racing Team was the first ever to change tyres during a special stage, to optimise tyre wear according to the type of surface they were used on. Another first. That’s why Lancia is so well-loved all over the world.”

The Heads of Lancia immediately took note of this kind of competition, which highlight the brilliance and road holding of these mass-production cars. It should be noted that Lancia’s sporting exploits go way back in time, to the founder’s passion for competition and his wins in various races in the 1908-1909 season. Once he started the company, he gave up competing and devoted all his resources to designing road cars. Between the 1920s and ’40s, Lancia cars owned by private customers would win various speed races, followed in 1951 by the Turin automaker’s official return to racing – decided on by Gianni Lancia, the founder’s son and a motorsport enthusiast himself. A year later, the Scuderia Lancia team was established, with its emblem a little elephant at a gallop. In 1954 to ’55, the Lancia D50 single-seater played a major role in Formula 1, ending its sporting exploits and marking Lancia’s withdrawal from racing. Later – in the 1960s, the Italian brand made an official return to competing in rallies and the Lancia Racing Team was reborn, with the little red elephant as its emblem and the initials HF (‘High Fidelity’).

1974 saw the official debut of the Lancia Stratos HF, the first car in the world to be designed specifically for rallying, its sole mission to be unbeatable on any terrain: on tarmac, gravel, snow or race circuit. Conceived without compromise, the Stratos HF therefore took on the Ferrari Dino 2.4-litre V6 – agreed to by none other than Enzo Ferrari himself. Only 500 models of this car were ever built, as required for type approval in Group 4. Its power and determination made it unrivalled; it won three consecutive World Championships (1974, ’75 and ’76) and was retired from competitive racing in 1978.

In 1983, another win came in the World Rally Championship, with the Rally 037. Sergio Limone: “The era of four-wheel drive had already begun, but the 037 – with its rear-wheel drive – was still the car to beat, even on dirt tracks, and was the only car that could compete with the Audi Quattro. The 037 was technically superior, so much so it made the Audi team suspicious. During the Sanremo Rally, they sent their own technician to one of our service points. The technician came by helicopter to check that the Lancia hadn’t been fitted with front-wheel drive on top. Actually, it hadn’t been. Another Lancia record: the 037 was the last two-wheel drive car to win a World Championship.”

To follow the experience with the ultra-powerful cars in Group B, Lancia staked its claim with the four-wheel drive Delta HF 4WD. This was 1987 and for the next 6 years, the Delta HF 4WD and its successors – the Delta HF Integrale and Integrale 16V – would dominate the rallying scene. The recompense was as many as 10 world titles – 6 in Constructors’ World Championships, 4 in its counterpart for Drivers – and a total of 46 wins out of the 66 world racing contests they had taken part in, plus countless other victories in domestic races. The Lancia Delta won more than any other car in the history of this discipline.

Lancia, Cinema and the Star System

Lancia represents excellence and is well-loved all over the world, as a symbol of the Italian culture of “beauty and a job well done”. The brand has given rise to dream icons, selected by movie stars over the ages, by models, by international A-listers, and by writers and artists. Lancia cars have featured in films that have gone down in history, and in stylish, sophisticated communications dealing with social and cultural issues.

“Lancia has been there for Italy through various historical periods, contributing its image to the invention of a lifestyle and to denote the ethos of Italy itself,” explained Marco Testa, President & CEO of Armando Testa. From the streets to the cinema, from fashion and art to social responsibility, with unique and distinctive language, always full of character and elegance. The celebrities of yesterday and today’s ‘endorsers’ have become the natural spokespeople for Lancia, always playing themselves, never acting out a role.”

The relationship between Lancia and cinema is very close and dates back to the early days of the 20th century, when Lancia cars appeared in the first silent films made in Turin. In particular, they would feature in the telefoni bianchi (‘white telephones’, 1930s Italian films in the style of the American comedies of the time), where these cars were chosen on the one hand as a vehicle for Italians’ dreams to cross the threshold of mille lire al mese (‘1000 Italian lire a month’, the average salary at that time); on the other, almost as an embodiment of the key to the gates of the modern world.

In the late 1950s, the bond between the car brand and the ‘seventh art’ became unbreakable. This was the time of La dolce vita, with Rome the capital of cinema and the international jet set: Via Veneto pulsated with life, its chic addresses and luxury hotels becoming destinations for actors and writers, while politicians and VIPs met at the tables of its trendy cafés. Many movie stars – including Claudia Cardinale, Anita Ekberg and Jean-Paul Belmondo – would choose Lancia cars: named Aurelia and Appia, they whizzed through the streets of Europe with style, sophistication and sensuality, just like true prima donnas taking to the stage. One of the standouts among the great Italian actors of the time was Marcello Mastroianni, a big fan of cars, whose favourite was his Flaminia Coupé Super Sport Zagato. Brigitte Bardot also fell in love with Lancia and would drive its cars from Cortina d’Ampezzo to the Côte d’Azur, where she could be seen in the Aurelia B24, in the Flaminia, and later in the striking Flavia Convertible. In the same period, Ernest Hemingway – 1954 Nobel Laureate in Literature – was invited by the U.S. magazine Life to write a chronicle of the Spanish bullfighting season. The writer accepted the invitation, and left France in an Aurelia B21, which became his travel companion for The Dangerous Summer, a tome that would regale his readers. A few years later, the Aurelia B24 featured in Dino Risi’s Il sorpasso (1962) starring Catherine Spaak, Vittorio Gassman and Jean-Louis Trintignant, and definitely remains the most famous car seen in Italian cinema.

Lancia cars more recently co-starred in highly successful films, including the Fulvia Coupé in Dario Argento’s Profondo Rosso (1975), and the Lancia Delta with Alain Delon behind the wheel in Pour la peau d’un flic (1981). Not to mention the product placement of Lancia cars in major movies, such as the Thema and Delta in To Rome with Love (2012) – written and directed by Woody Allen – and the reappearance of the Delta in the Ron Howard thriller Angels & Demons (2009).

A symbol of Italian creativity and elegance, the Lancia brand also shines for its sophisticated advertising campaigns, always one step ahead of the times. That refined, sometimes dreamlike flair, yet always respectful of the brand’s soul, as seen in the adverts made by the director Gabriele Muccino, embellished with the music of Maestro Ennio Morricone. So much more than adverts, they were true short films: based on powerful premises and given a touch of irony, they remain relevant to this day, despite the passing of the years. Likewise, the choice of spokespeople has fostered the love for Lancia and fed that passion: from the diva Catherine Deneuve to the designer Stefano Gabbana; from the actors Vincent Cassel and Richard Gere to the supermodel Carla Bruni, who would become First Lady of France only a few months after starring in the “City Limousine” communications campaign for the Lancia Musa. VIPs – Very Important People – who became Very Ypsilon People alongside the Lancia brand and ambassadors for Lancia elegance around the world. 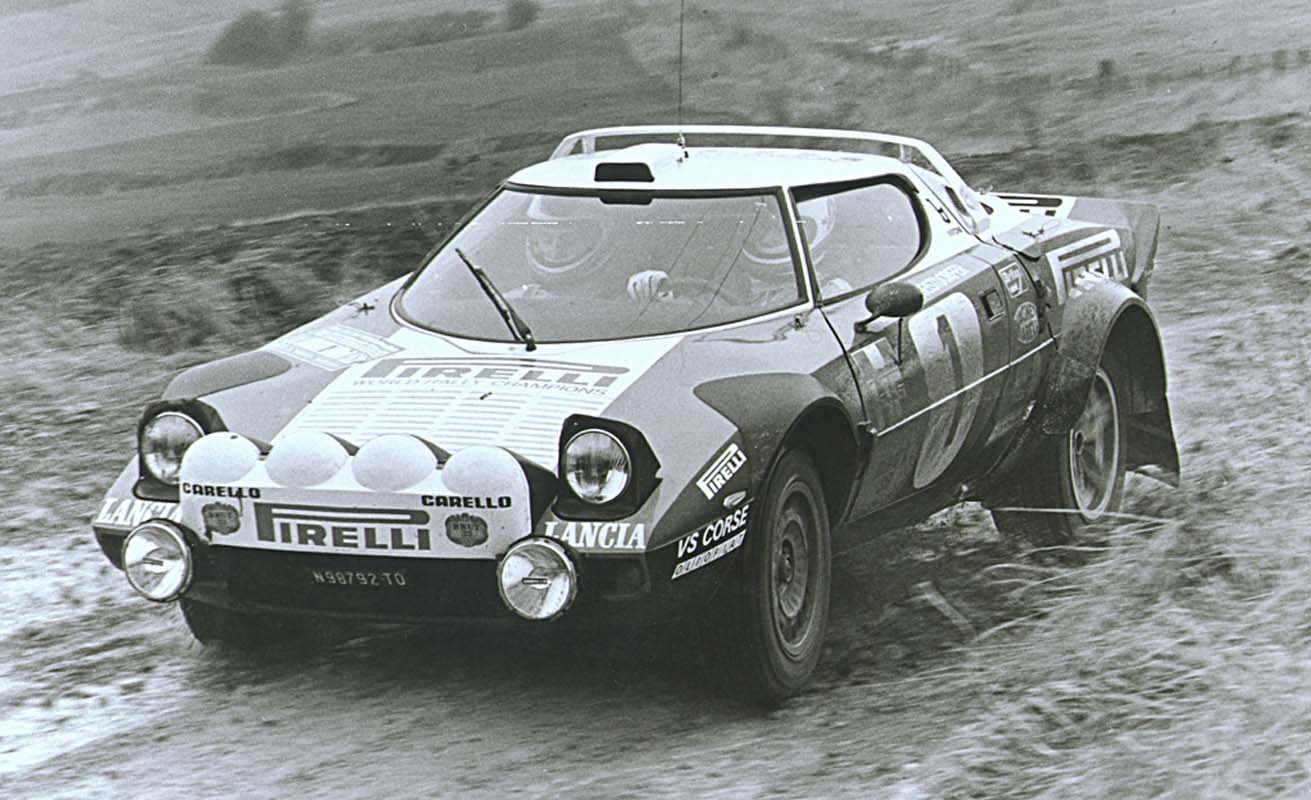 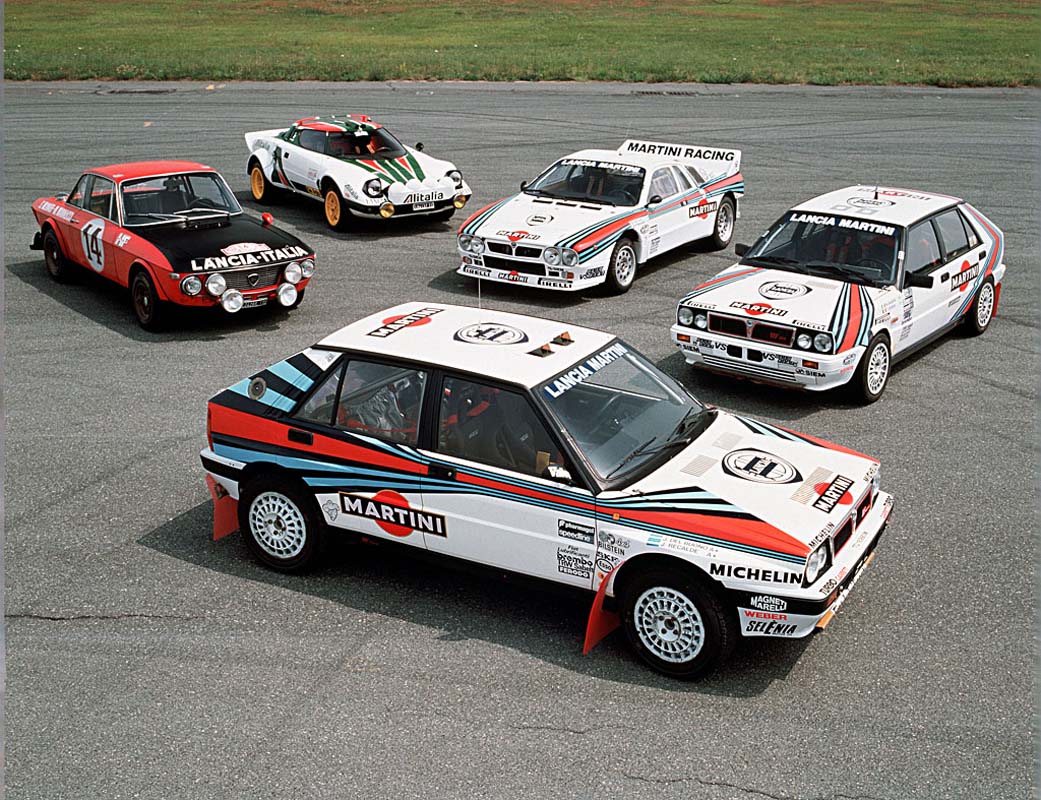 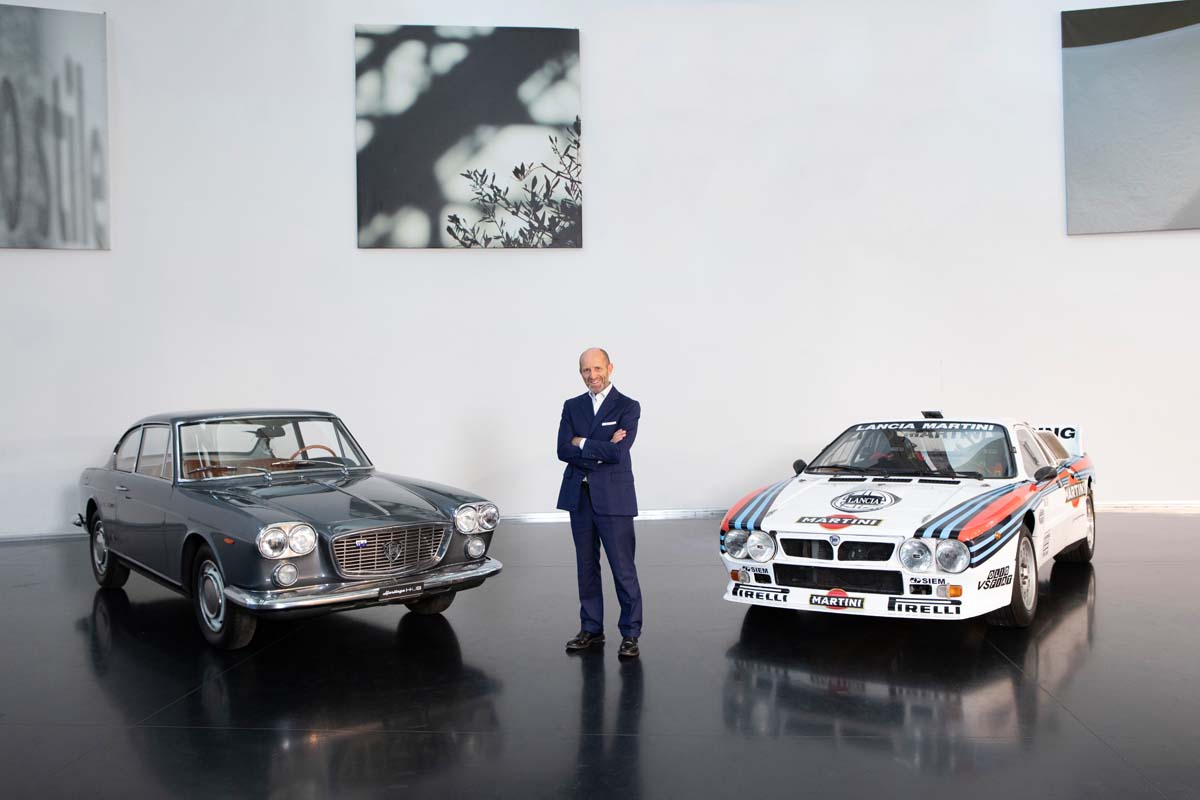 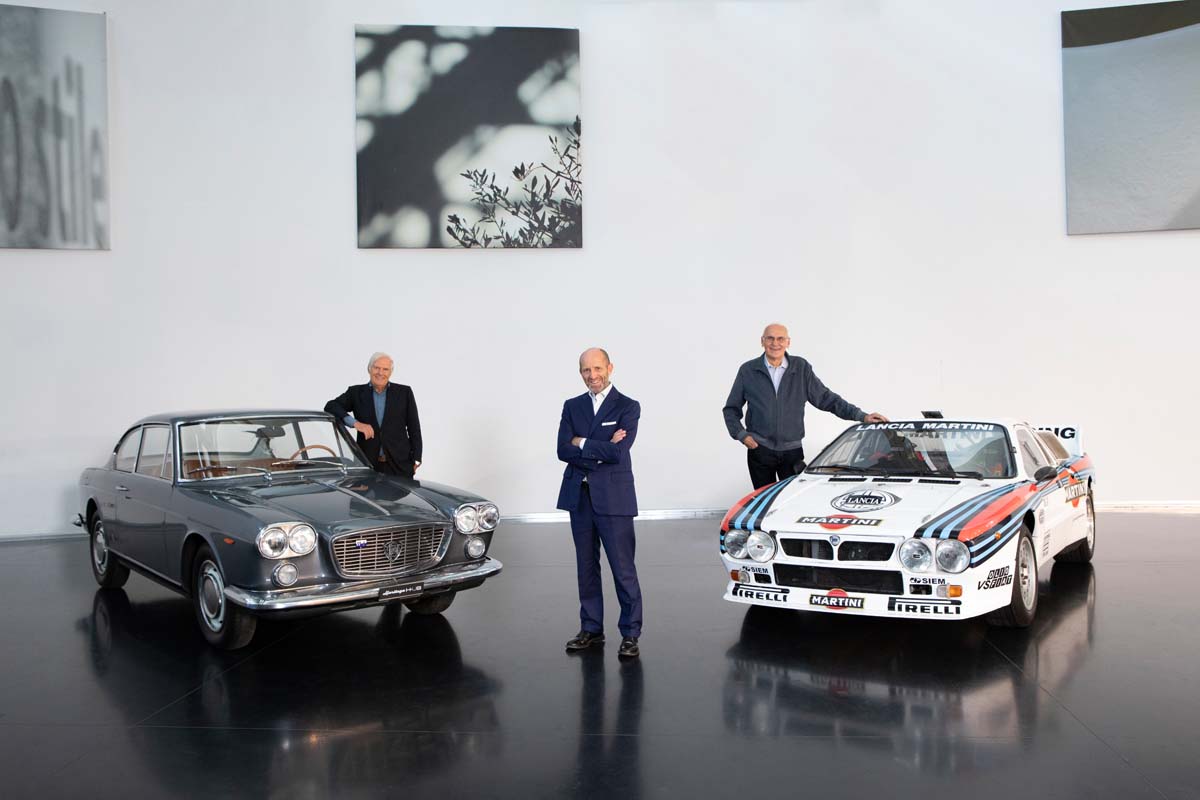 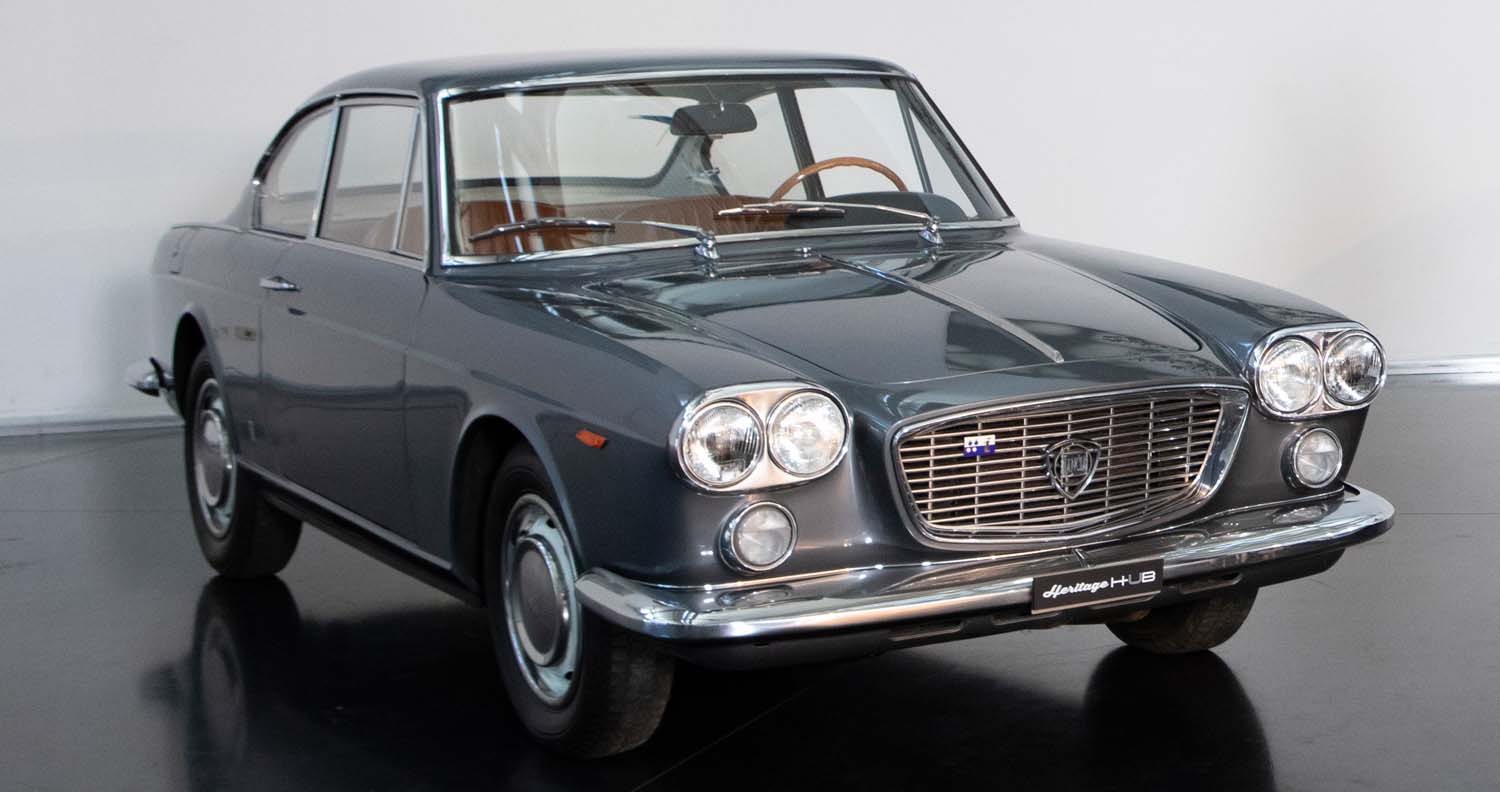