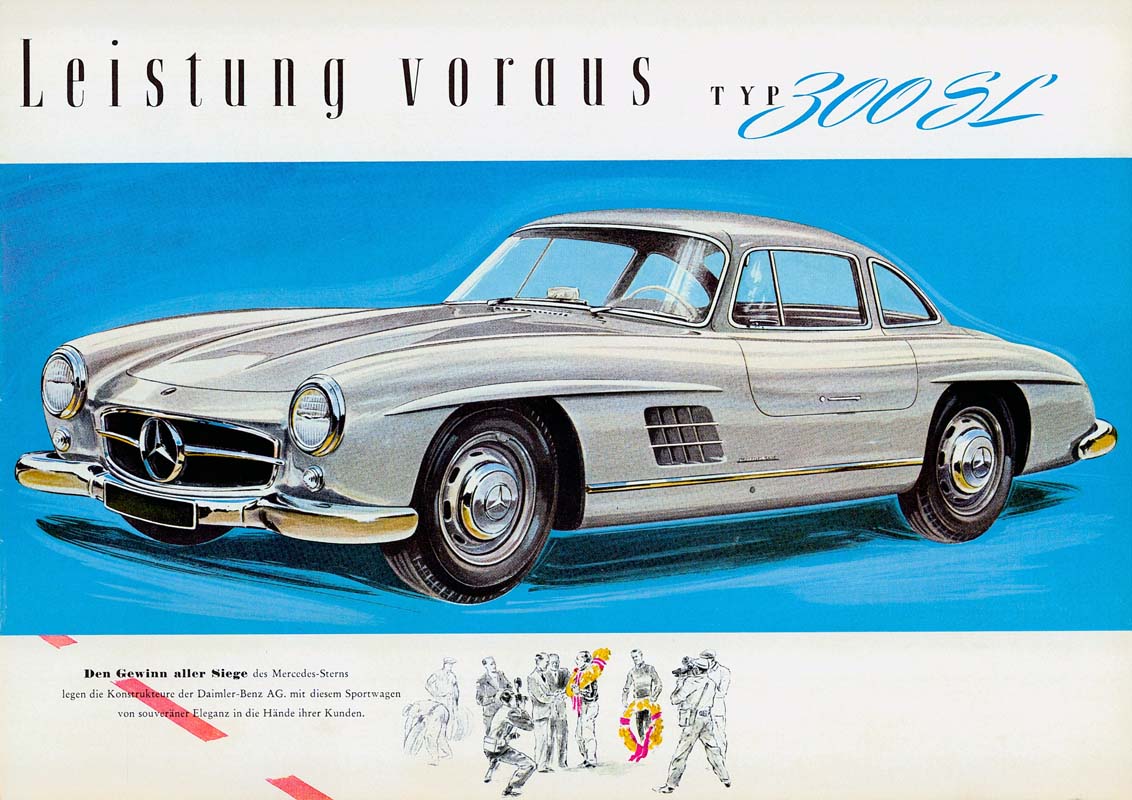 Nine SL sports cars on a series of S-bends, including the oldest SL in existence, as well as numerous other exhibits and items: this is what will be revealed to visitors in the new special exhibition “The Fascination of the SL – a Dream Car for 70 Years” at the Mercedes-Benz Museum. The exhibition opens on 22 October 2021 and is scheduled to run until 15 May 2022.

In March 1952 – and thus almost 70 years ago – Mercedes-Benz unveiled the 300 SL. In that same year, this thoroughbred racing sports car won four out of its five races, which quickly prompted calls for a production version. Mercedes-Benz responded by introducing, in 1954, the 300 SL Coupé as well as the more luxurious 190 SL Roadster. Since then, there has been an unbroken tradition of production cars with the famous two-letter designation: the “S” that stands for “super” and the “L” for “light”. In the future, too, Mercedes-Benz will continue to write the success story of the SL.

The special exhibition at the Mercedes-Benz Museum tells the full story of the SL sports cars. Representing that first spark of an idea in 1952 is the 300 SL racing sports car with the chassis number 2: the oldest SL still in existence and always owned by the company. The first production SL is then the 300 SL Coupé built from 1954 onwards.

This famous “Gullwing” model and all other SL model series up to the present day can be seen in the special exhibition. The technical innovations of the SL since 1952 are presented in a display case. The thrill of travel is conveyed not just by the series of S-bends, but also by a colourful display of holiday postcards from around the world showing the Mercedes-Benz SL.

Successful from the outset: Mercedes-Benz re-entered international motor racing after the Second World War with the 300 SL racing sports car (W 194). The results were impressive: a triple victory in Bern, double victories at Le Mans and in the Carrera Panamericana in Mexico, a quadruple victory at the Nürburgring. The vehicle shown here bears vehicle identification number 194 010 00002/52 and is the world’s oldest existing SL – owned by the company since 1952.

A dream car – right up to today: The combination of design and technology made the 300 SL launched in New York in February 1954 a truly fascinating car. Besides the German “Flügeltürer”, it was known as the Gullwing and Papillon (butterfly). However, the roof-hinged doors were not an aesthetic end in themselves, but actually technically necessary. This was because the tubular roll cage was so high at the sills that conventional door constructions were simply not possible.

Comfortable, sporty top-down driving: These have been the key characteristics of the Mercedes-Benz SL since the 190 SL. The 190 SL was launched in New York in 1954 together with the 300 SL Coupé and, as an open-top roadster, provided the perfect complement to the model range from its market launch in 1955. Both these vehicles and, indeed, the 300 SL Roadster, were the products of an initiative from US importer Maximilian E. Hoffman. All in all, 25,881 units of the 190 SL were built.

Racing genes blended with the glamour of an open sports car: The Mercedes-Benz 300 SL Roadster combines both elements to perfection. It was presented in Geneva in March 1957 as the successor to the coupé. It benefited from a more sophisticated chassis and later still was fitted with disc brakes and a cast aluminium crankcase. It was in a 300 SLS derived from the production version that Paul O’Shea won the 1957 American Sports Car Championship in category D.

The “Pagoda” model: Mercedes-Benz launched the 230 SL, model series W 113, at the Geneva Motor Show in 1963. This was designed as a comfortable, high-performance two-seater touring car and replaced both the 190 SL (W 121) and the 300 SL Roadster (W 198). The shape of the optional hardtop was reminiscent of Asian temples, which quickly earned it the nickname “Pagoda”. This was the world’s first open-top passenger car with a safety body.

Elegance with a respectable flair: This is what characterised the SL models of the R 107 model series. The premiere of that model series was 50 years ago, in the spring of 1971. For the first time in the history of the Mercedes-Benz SL, the car was also powered by an eight-cylinder engine. With more than 18 years of production, the R 107 model series set an internal brand record that is unlikely to be surpassed. Understandably, there was a very wide range of engine variants available over the life of this model series.

The innovator: Mercedes-Benz launched the SL in the model series R 129 at the Geneva Motor Show in 1989. The stylish design with its extremely harmonious overall effect is still regarded as a masterpiece of the design department under the direction of Bruno Sacco at that time. This SL also set new standards in terms of safety: key features were the automatic pop-up roll bar and the power-absorbing integral seats. The vehicle on display is an “SL Edition” from the year 2000.

The R 230 generation of the SL made its debut in 2001. Its most striking innovation was the folding Vario roof made of steel panelling: within just 16 seconds, the vehicle transformed into a roadster – or back into a coupé. Its design merged tradition and the future, e.g. with the striking lateral air inlets in the front wings and narrow, wing-like profiles that were reminiscent of the legendary 300 SL of the W 198 model series.

In January 2012 Mercedes-Benz marked the 60th birthday of the SL by launching the R 231 model series. One focus of the new design was on reducing the weight of the sports car. It had an aluminium bodyshell, the boot lid was made of steel and plastic, the roof system used magnesium combined with plastic. Numerous systems for active safety and comfort were either fitted as standard or available on request.

The Mercedes-Benz Museum is open Tuesdays to Sundays from 9 a.m. to 6 p.m. The ticket desk always closes at 5 p.m. 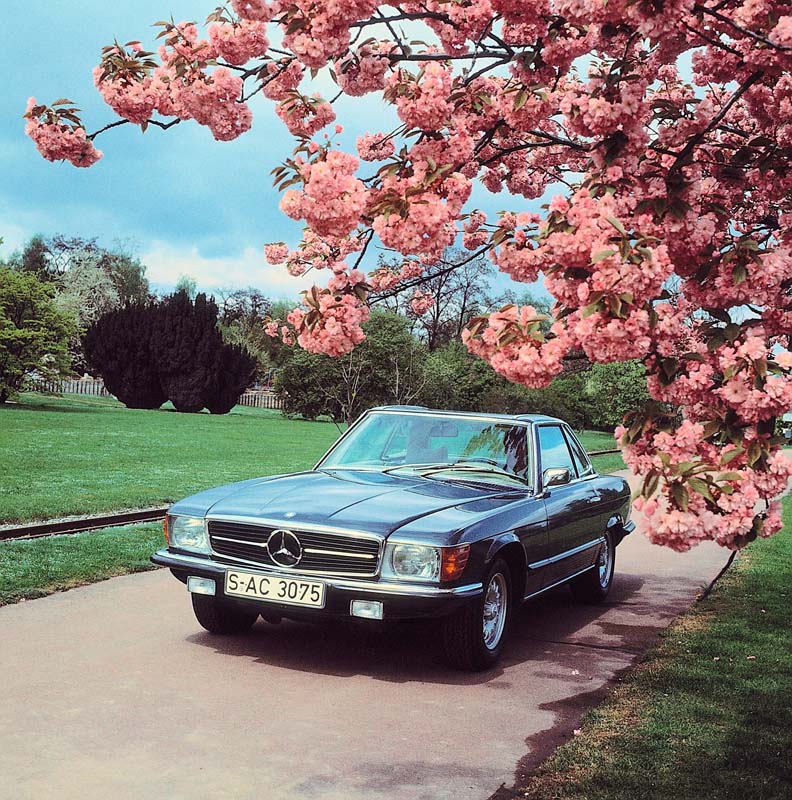 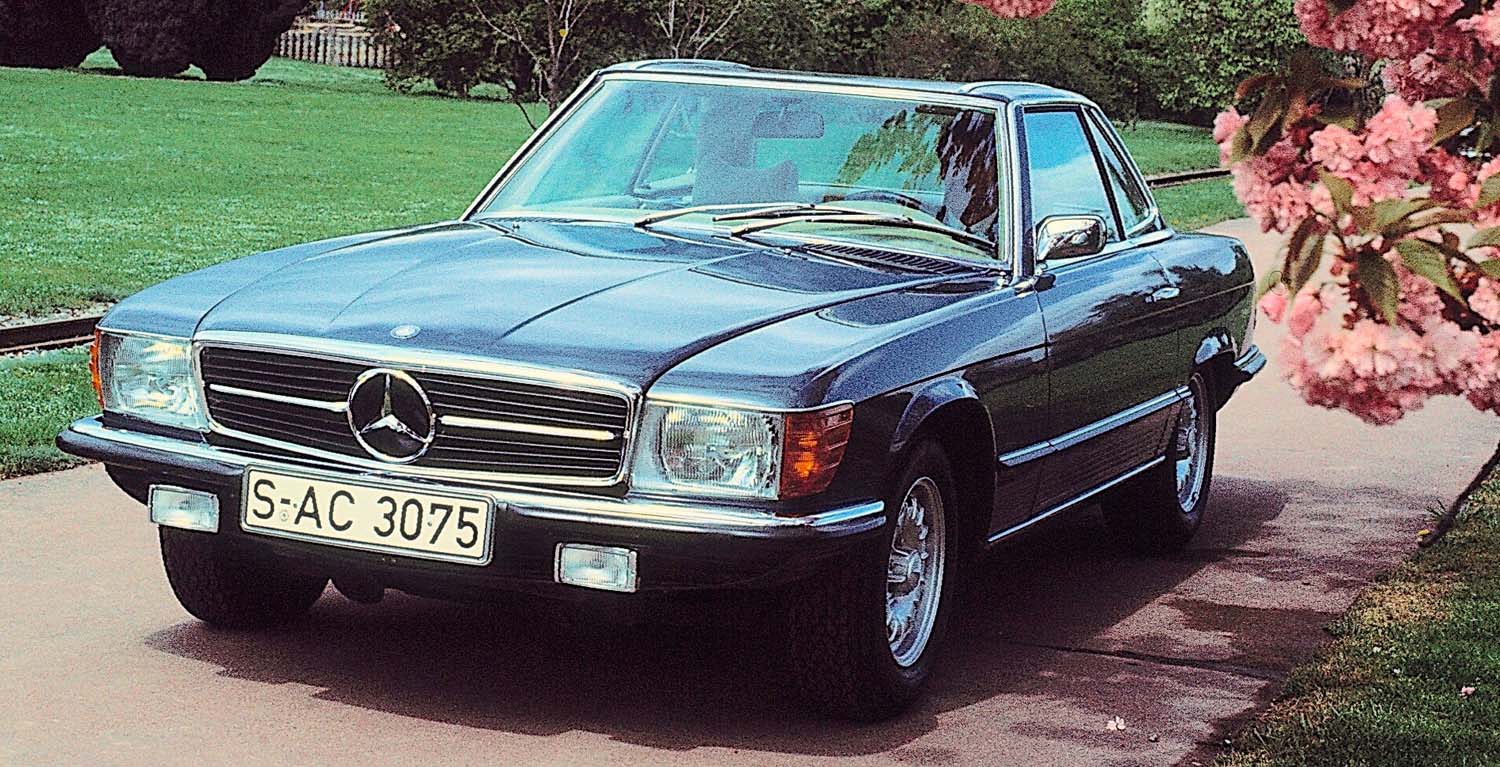 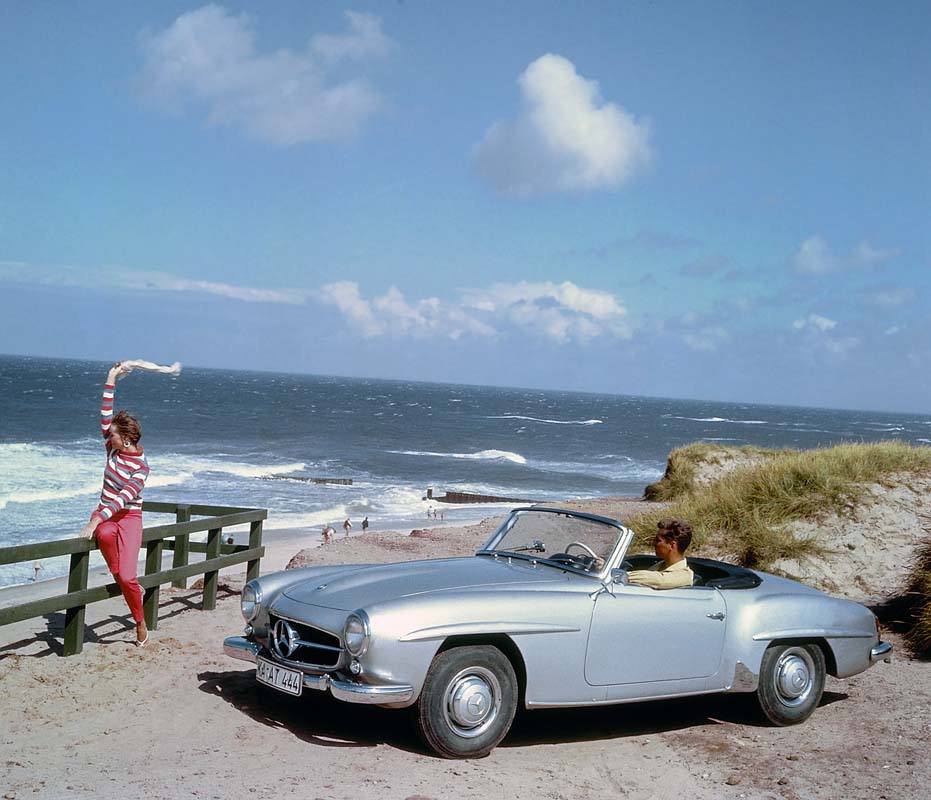 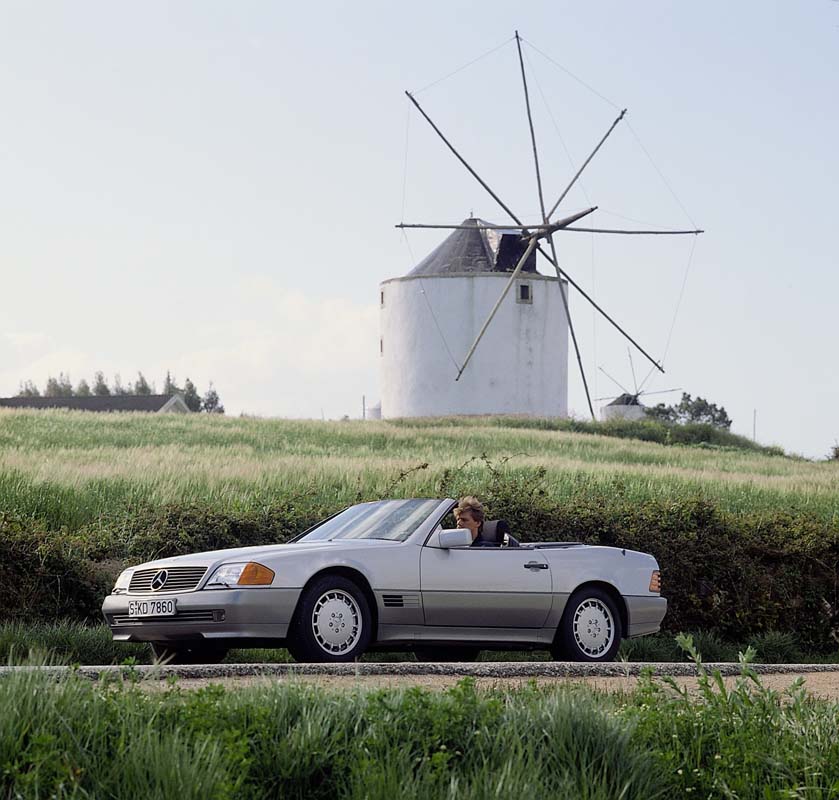 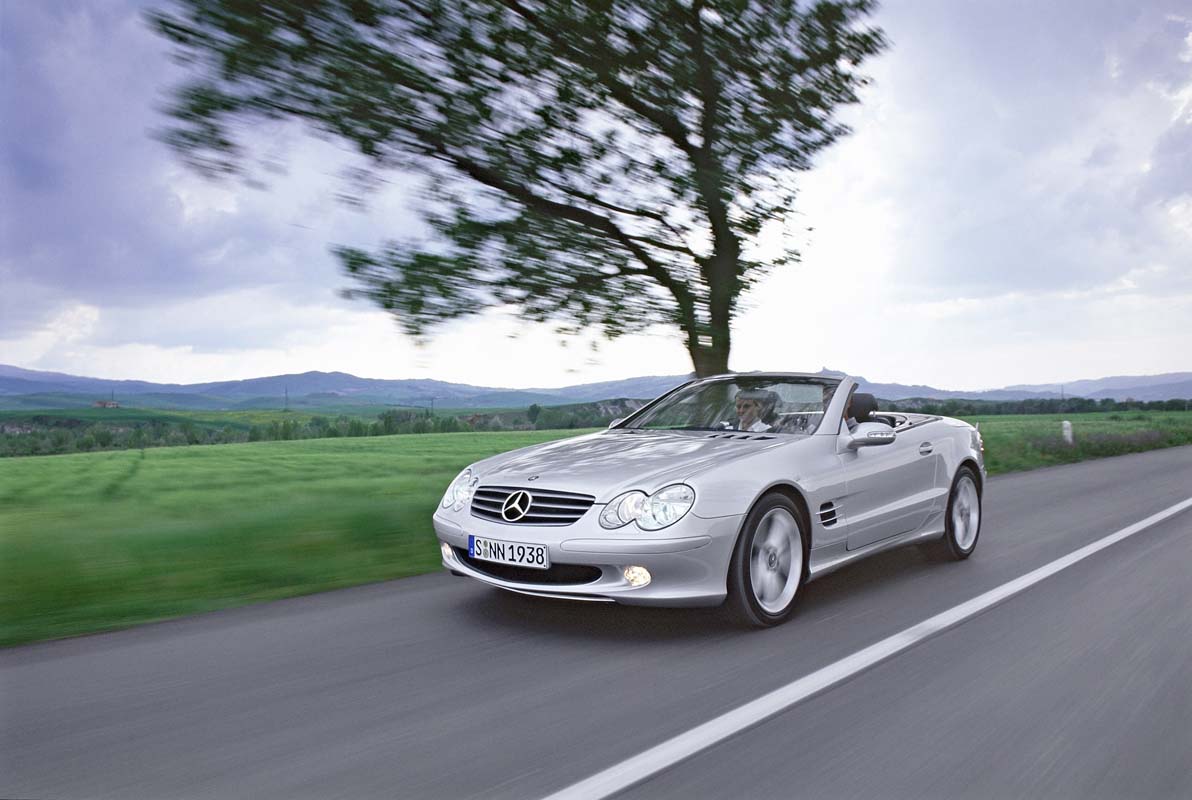 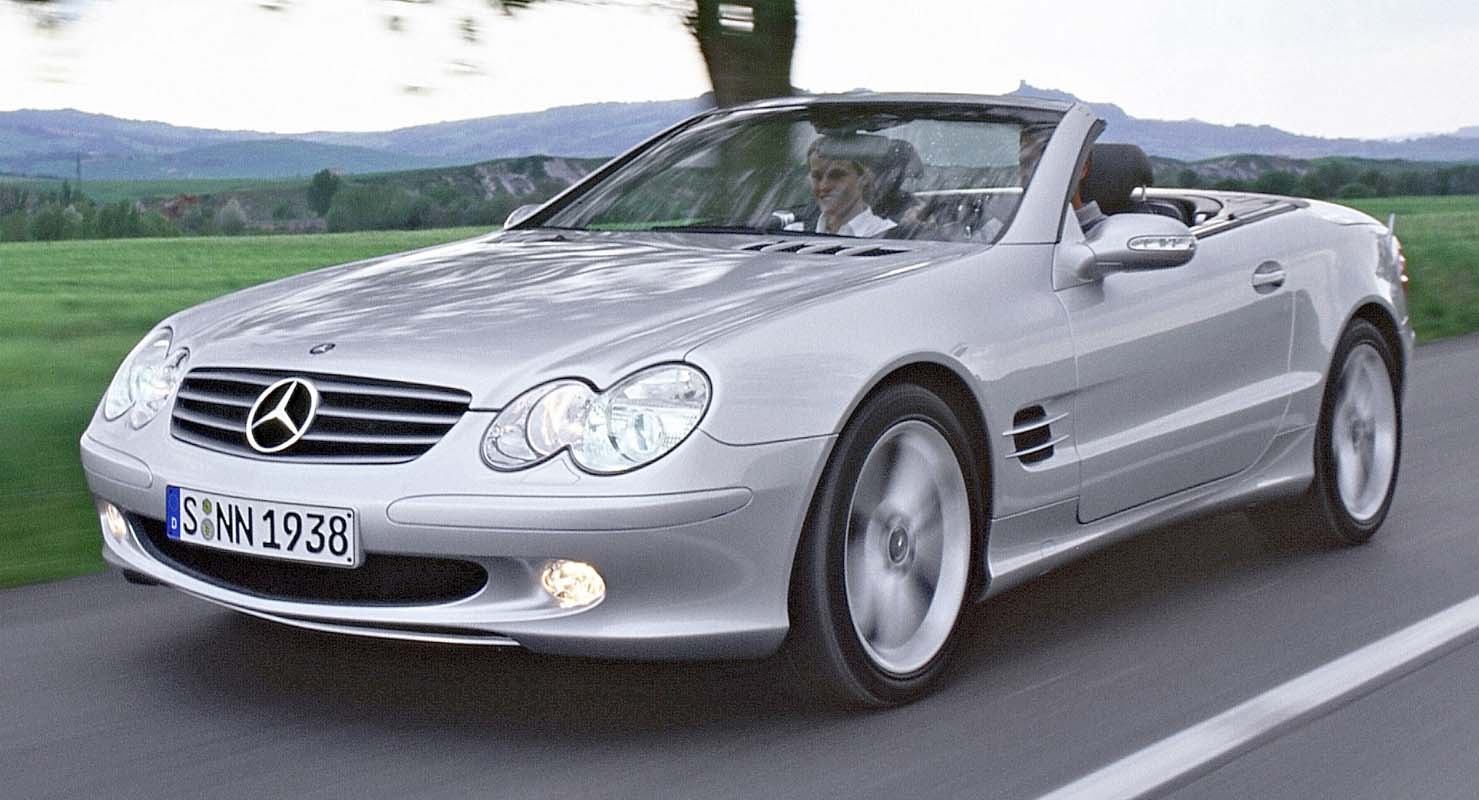 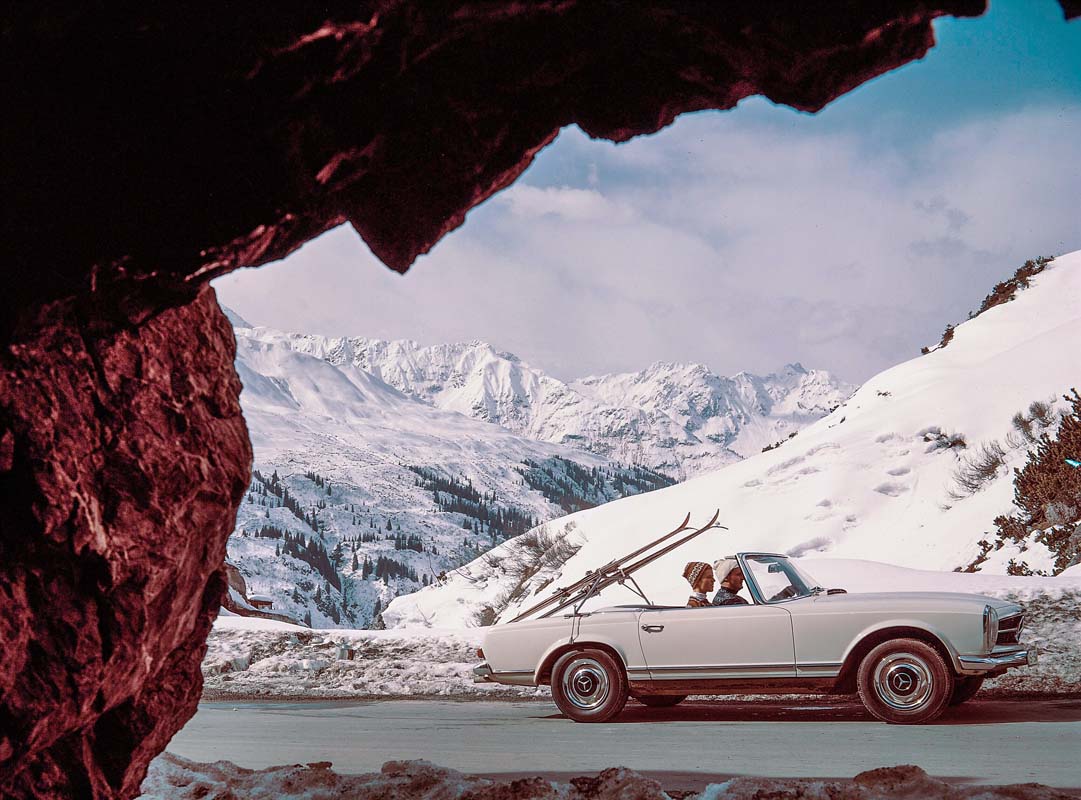 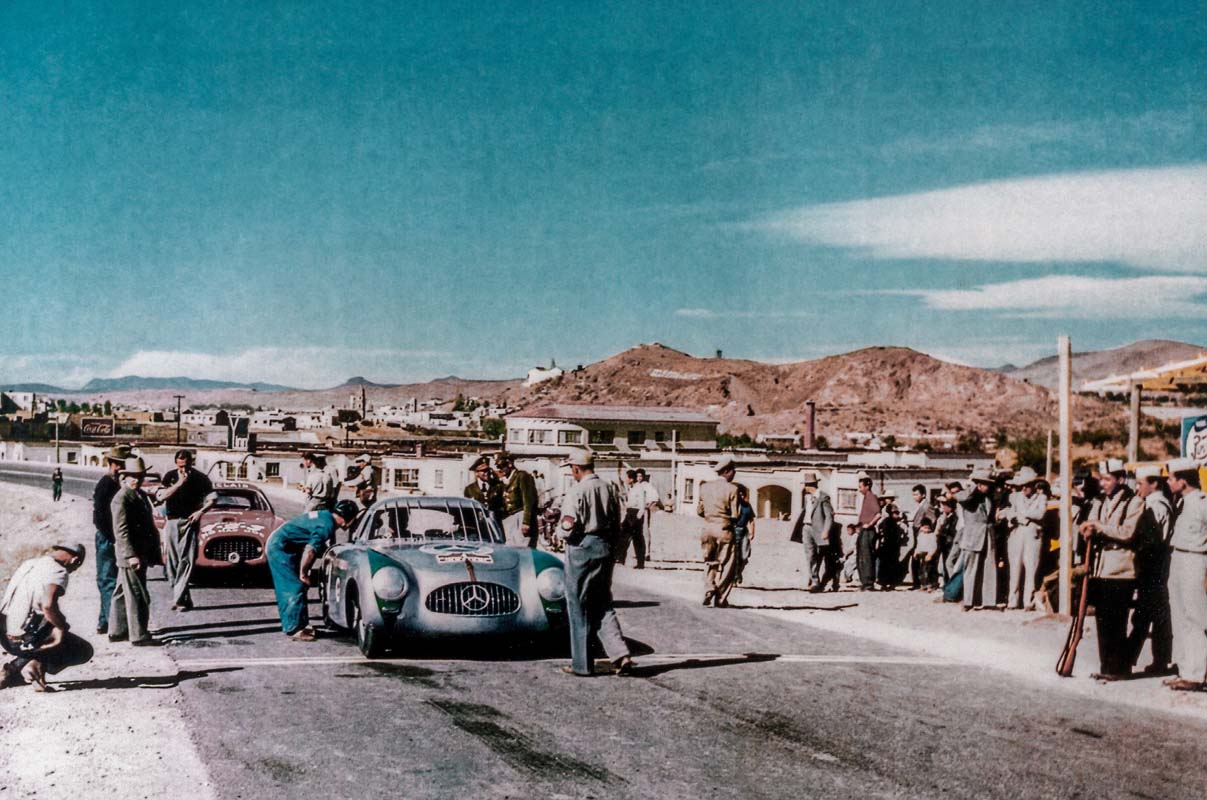 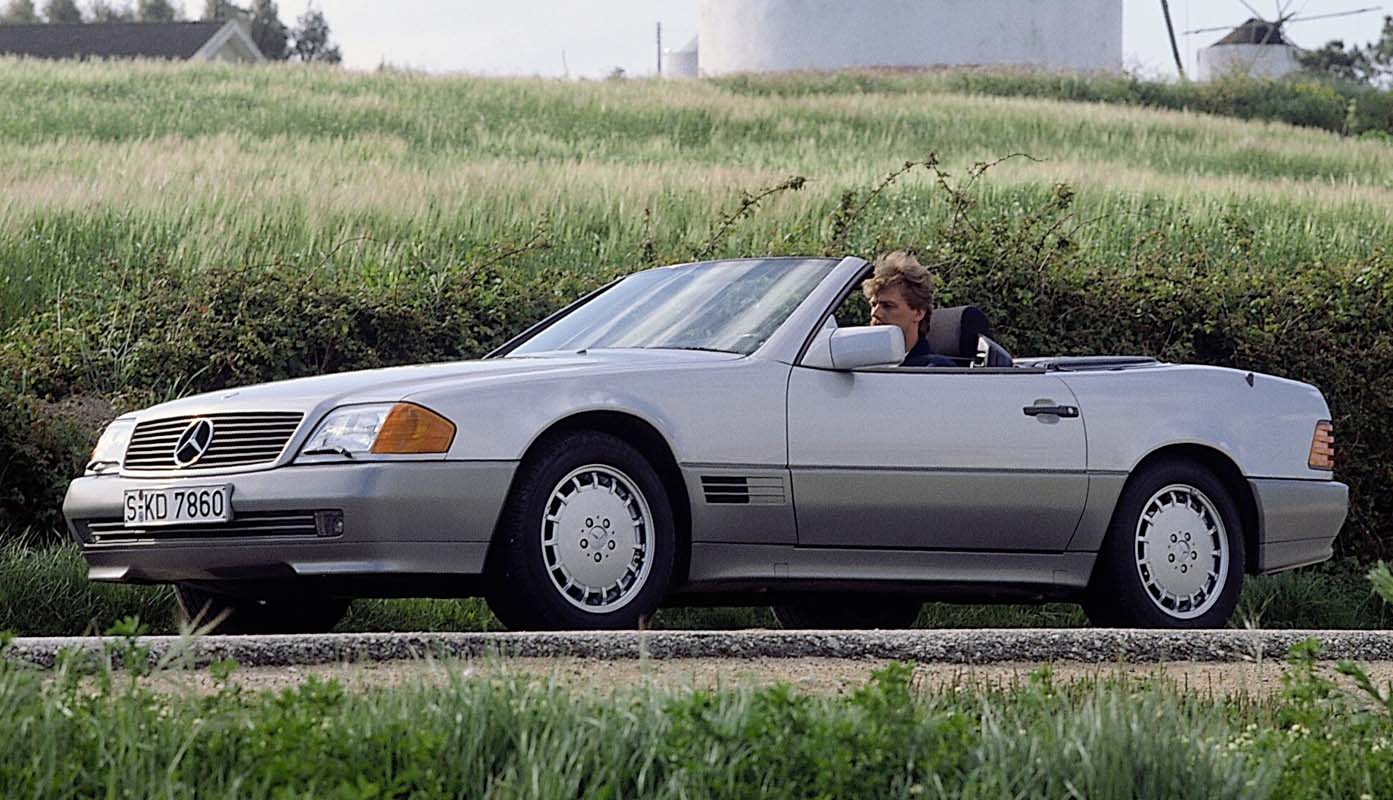 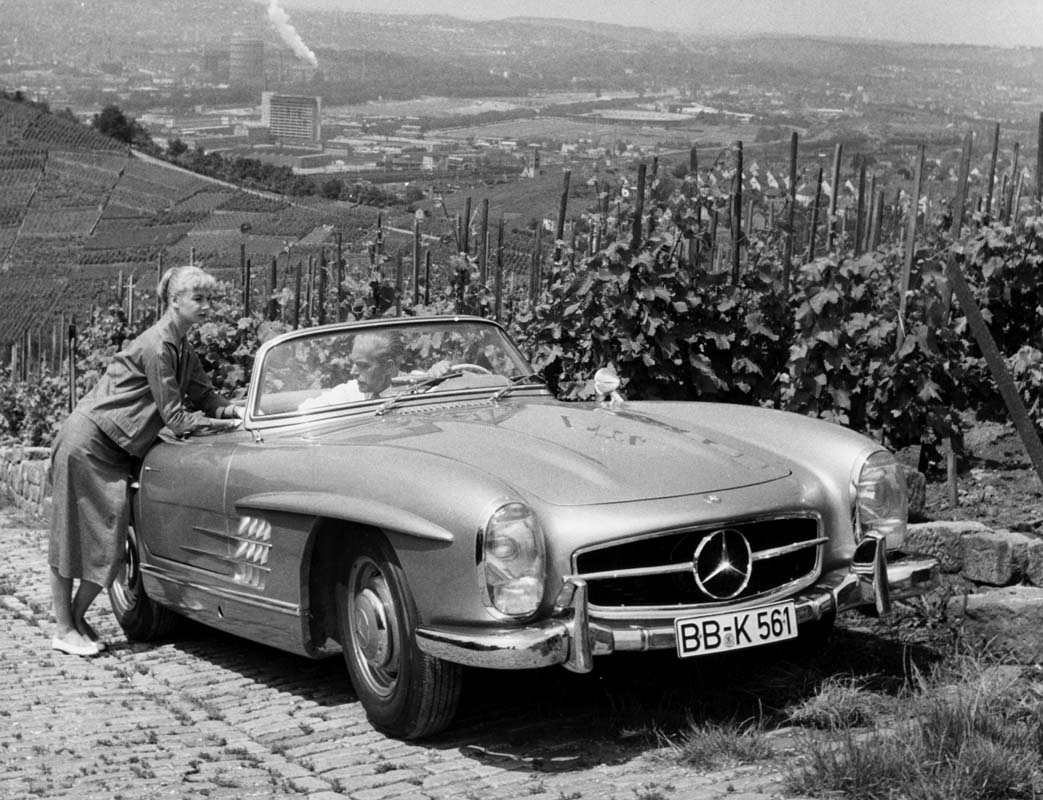 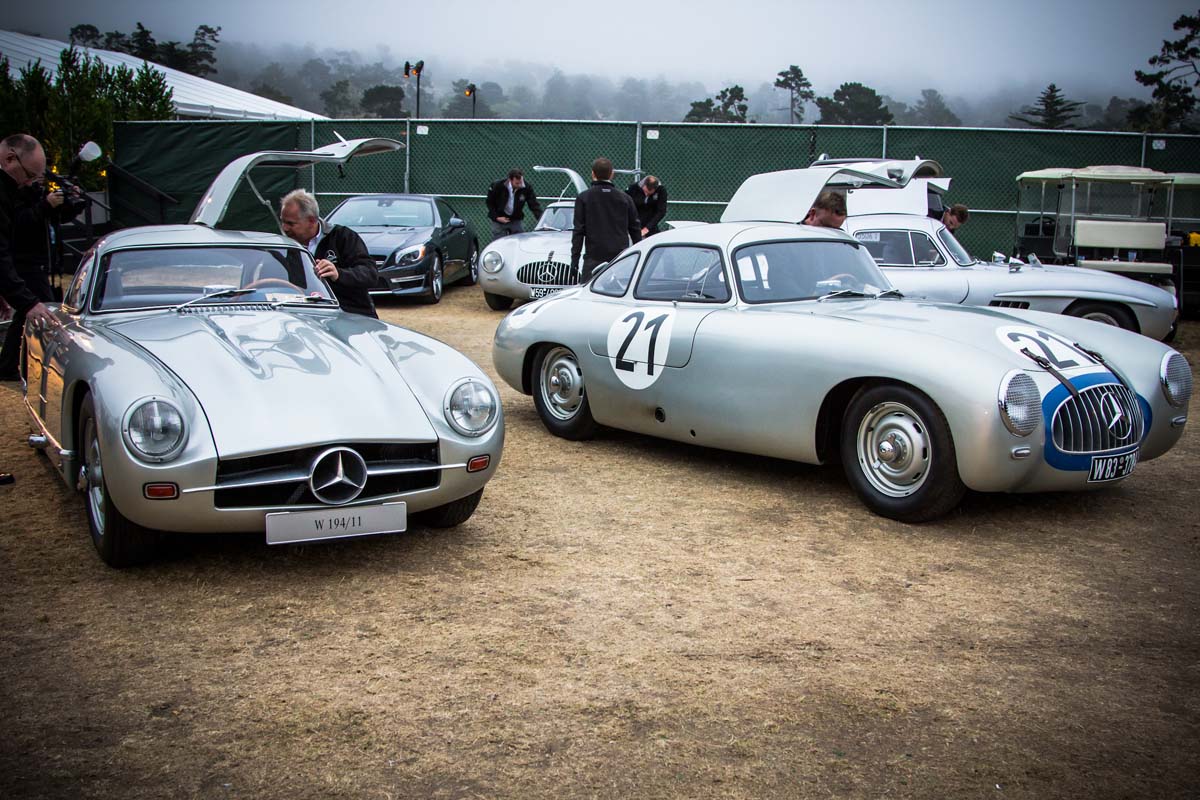 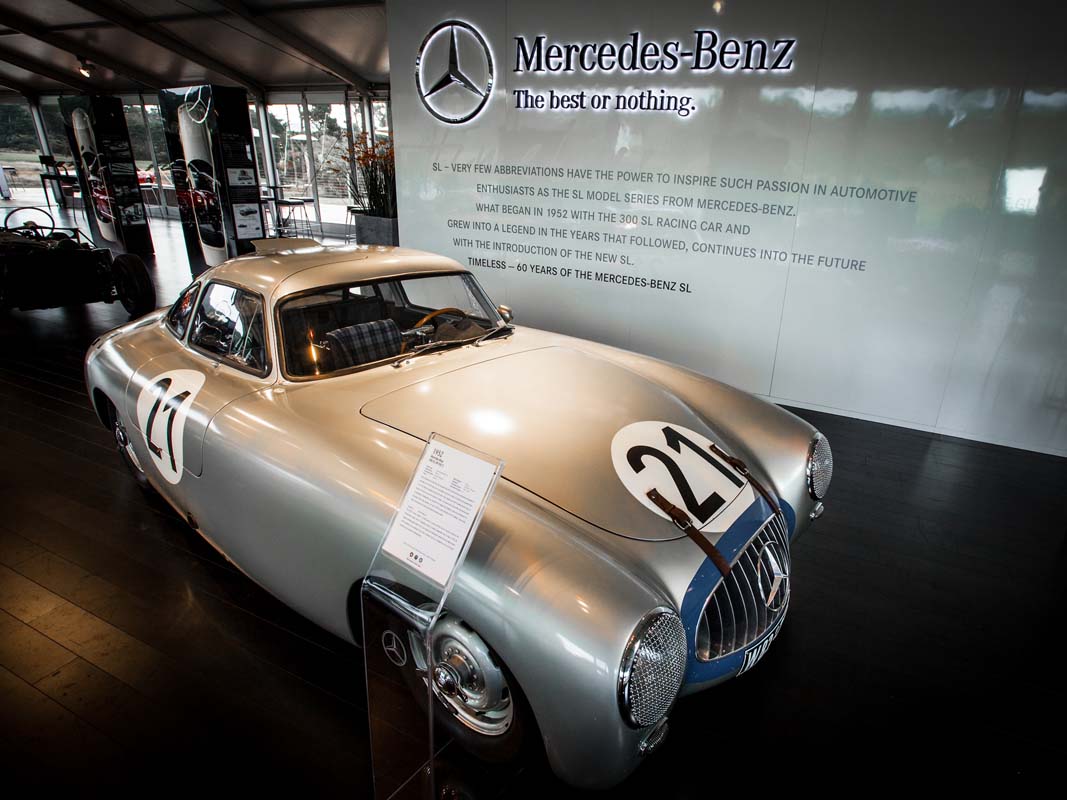 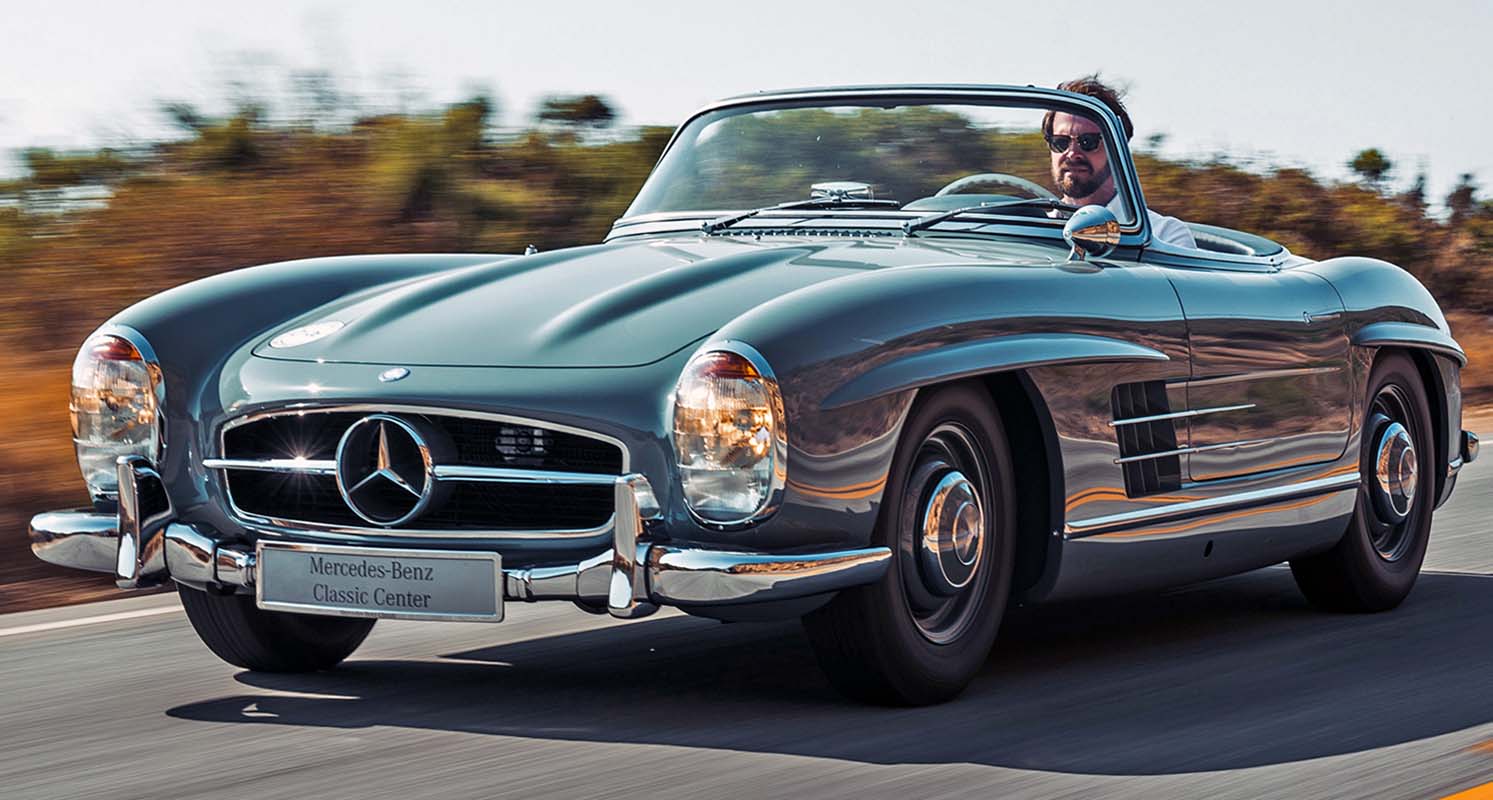 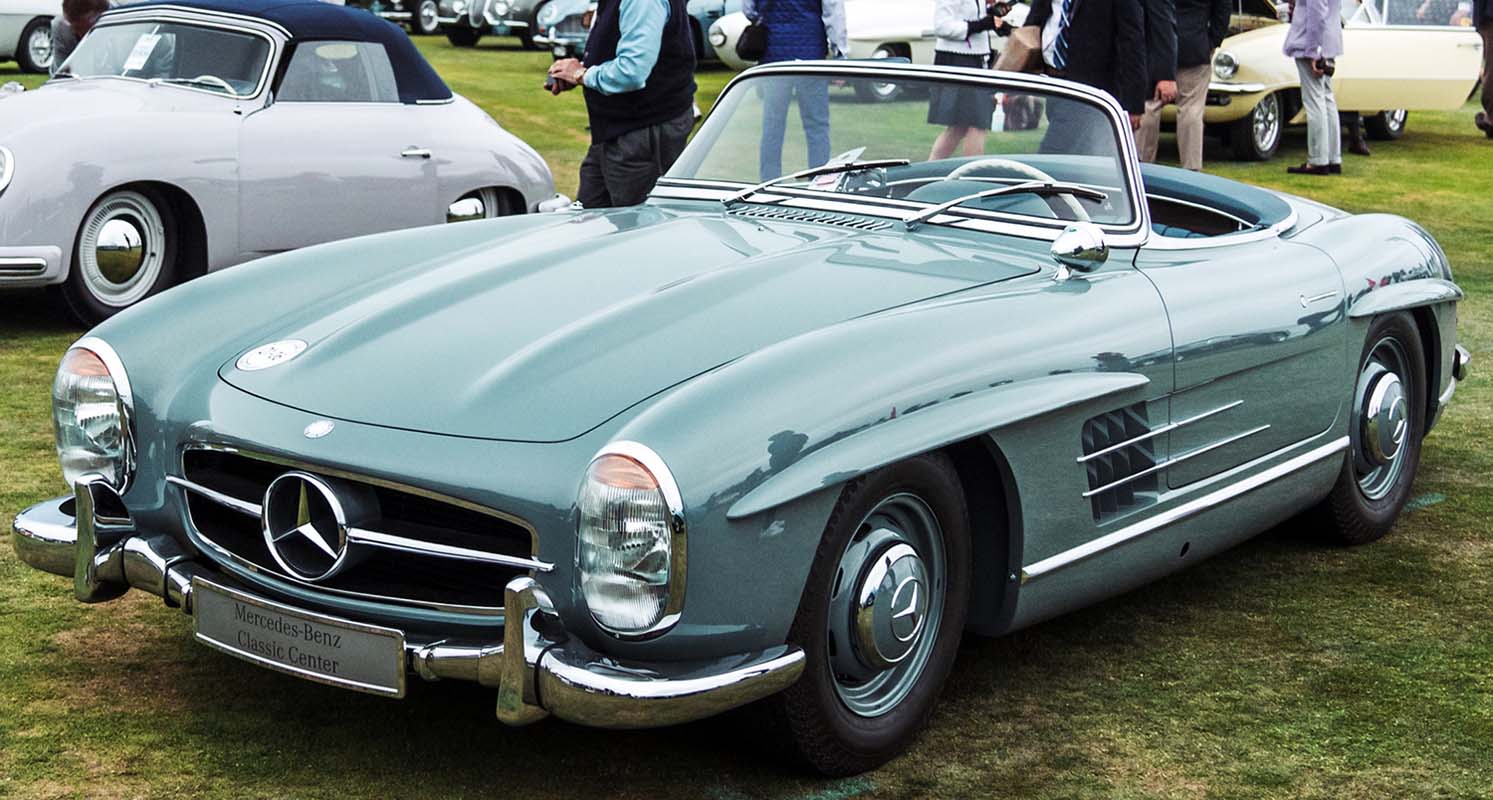 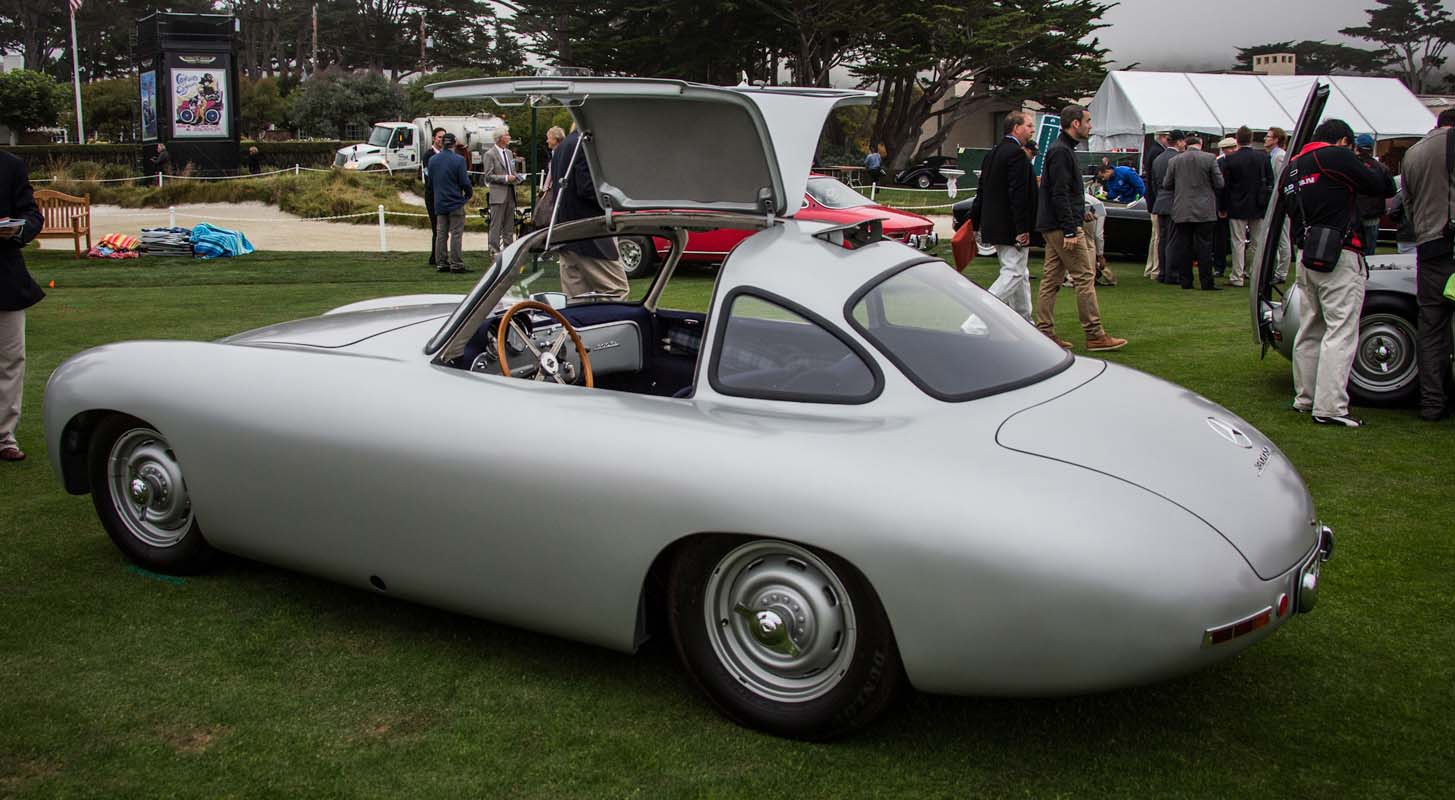 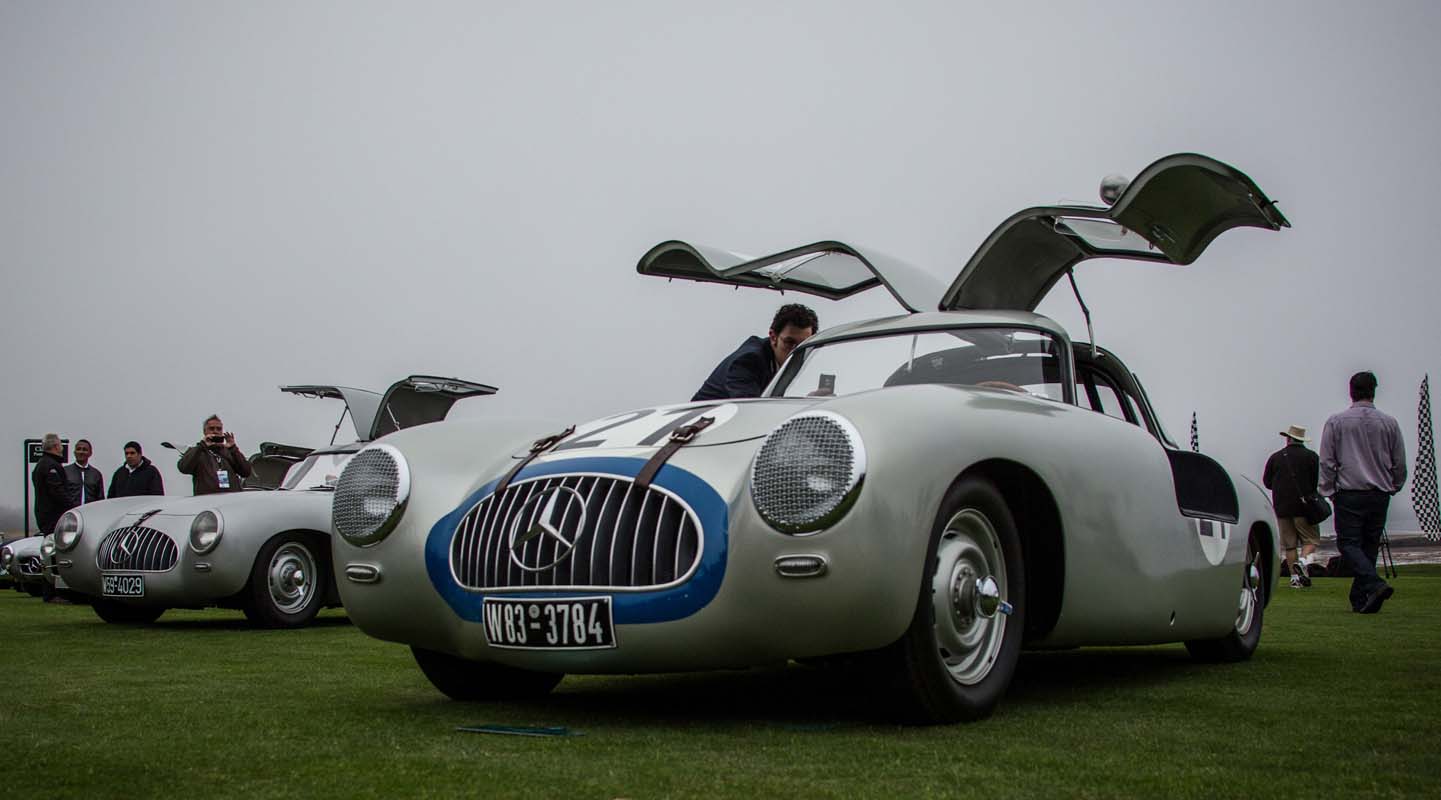 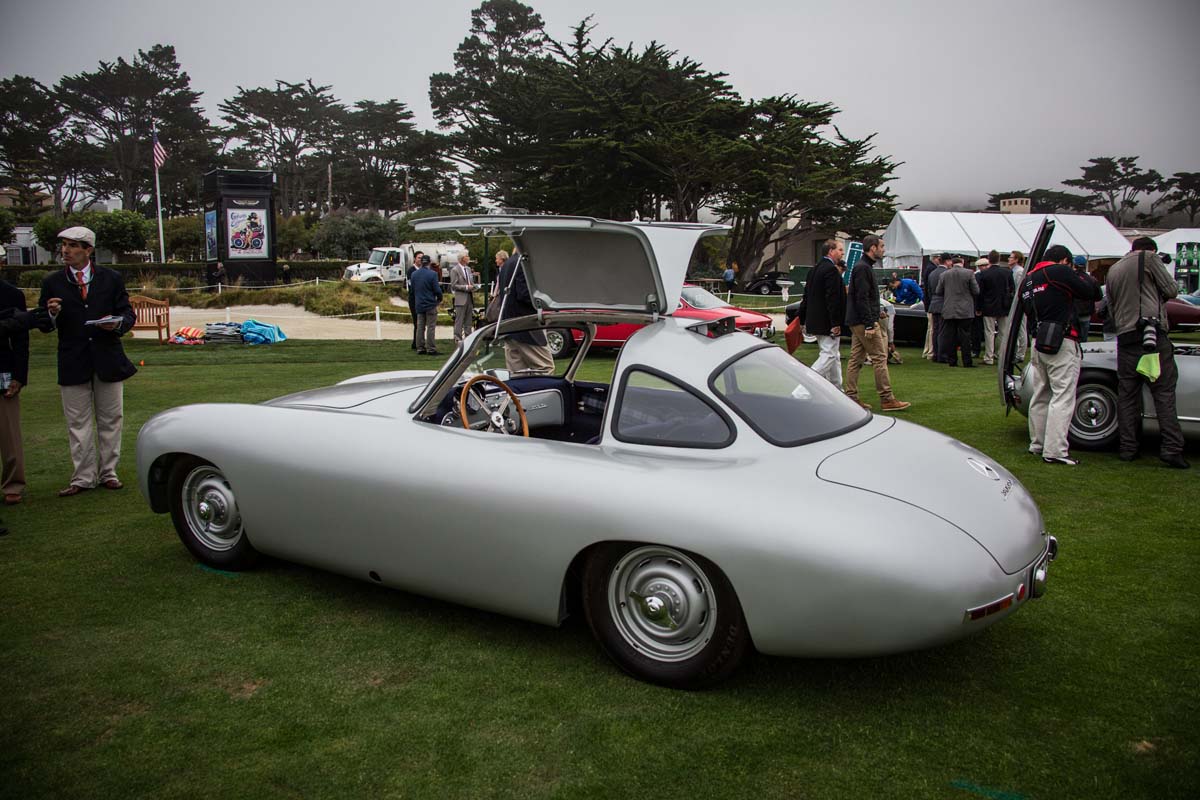 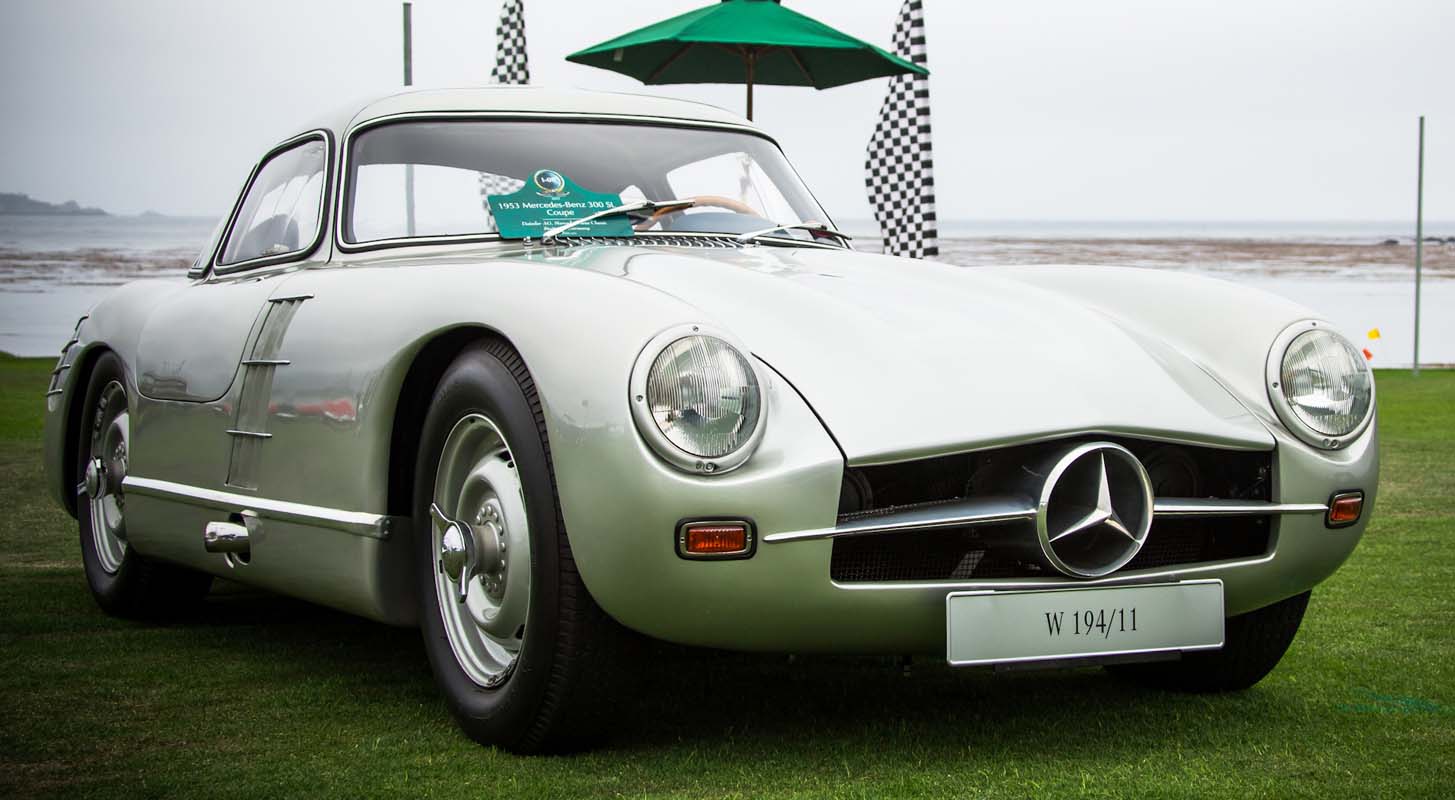 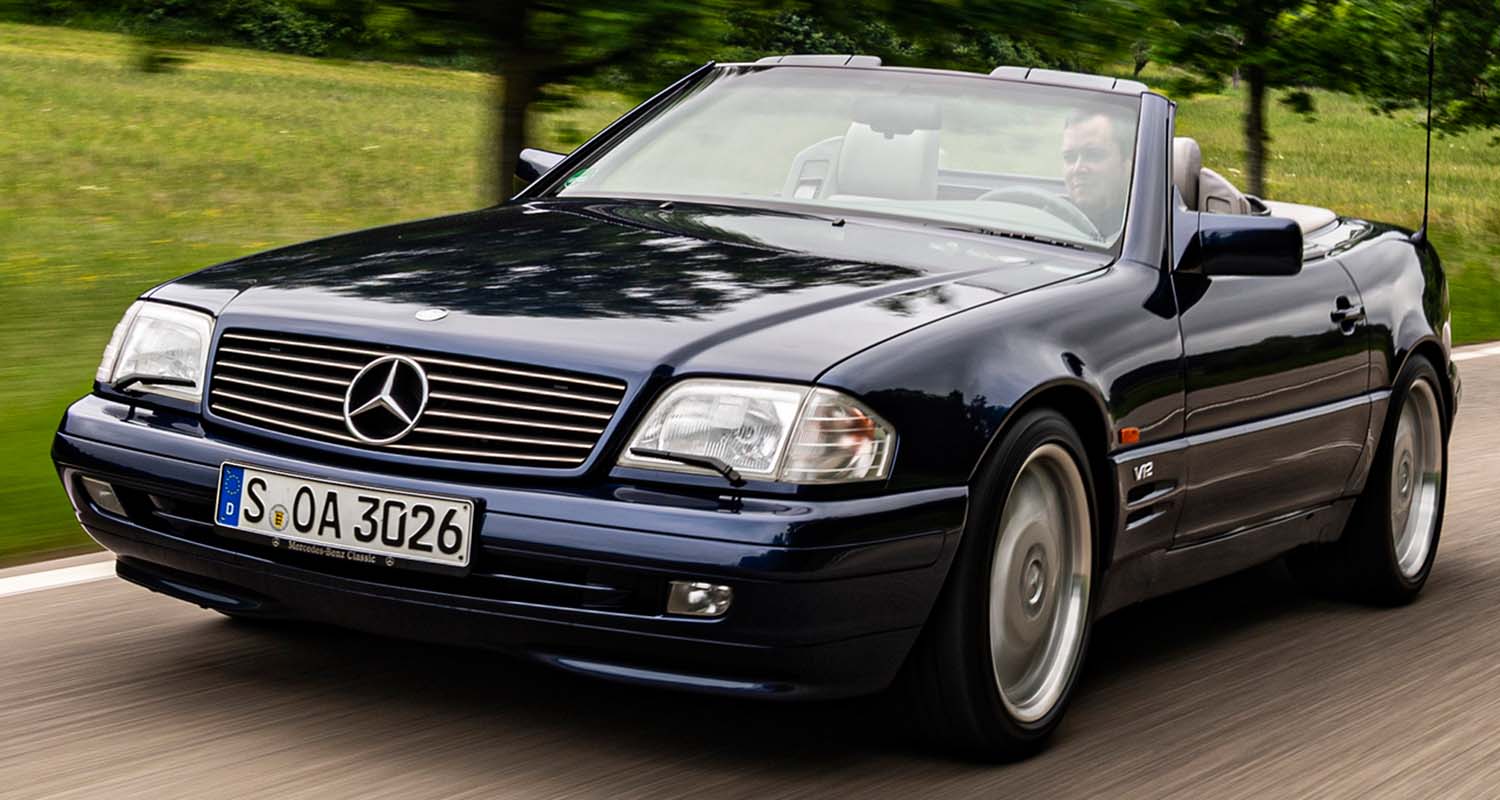 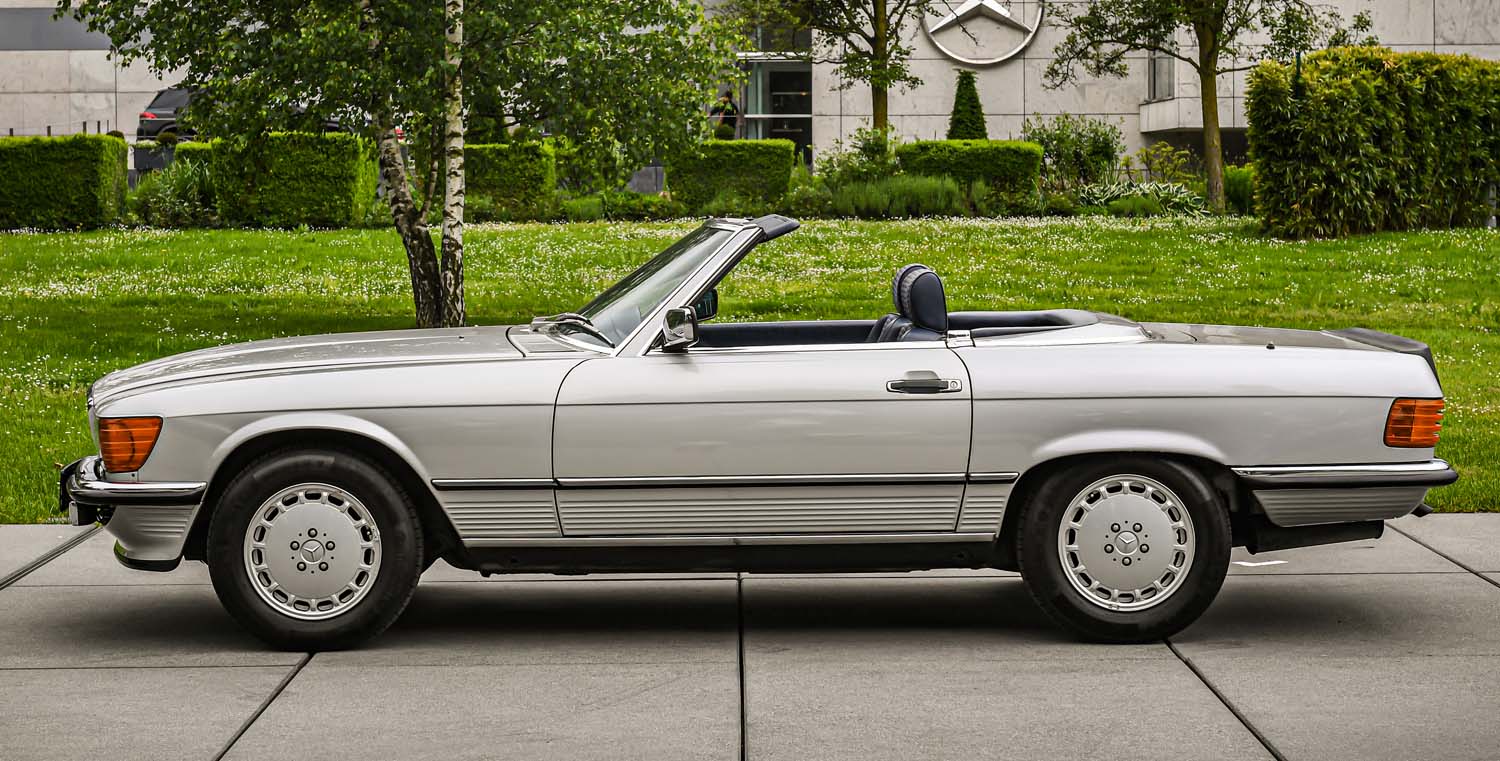 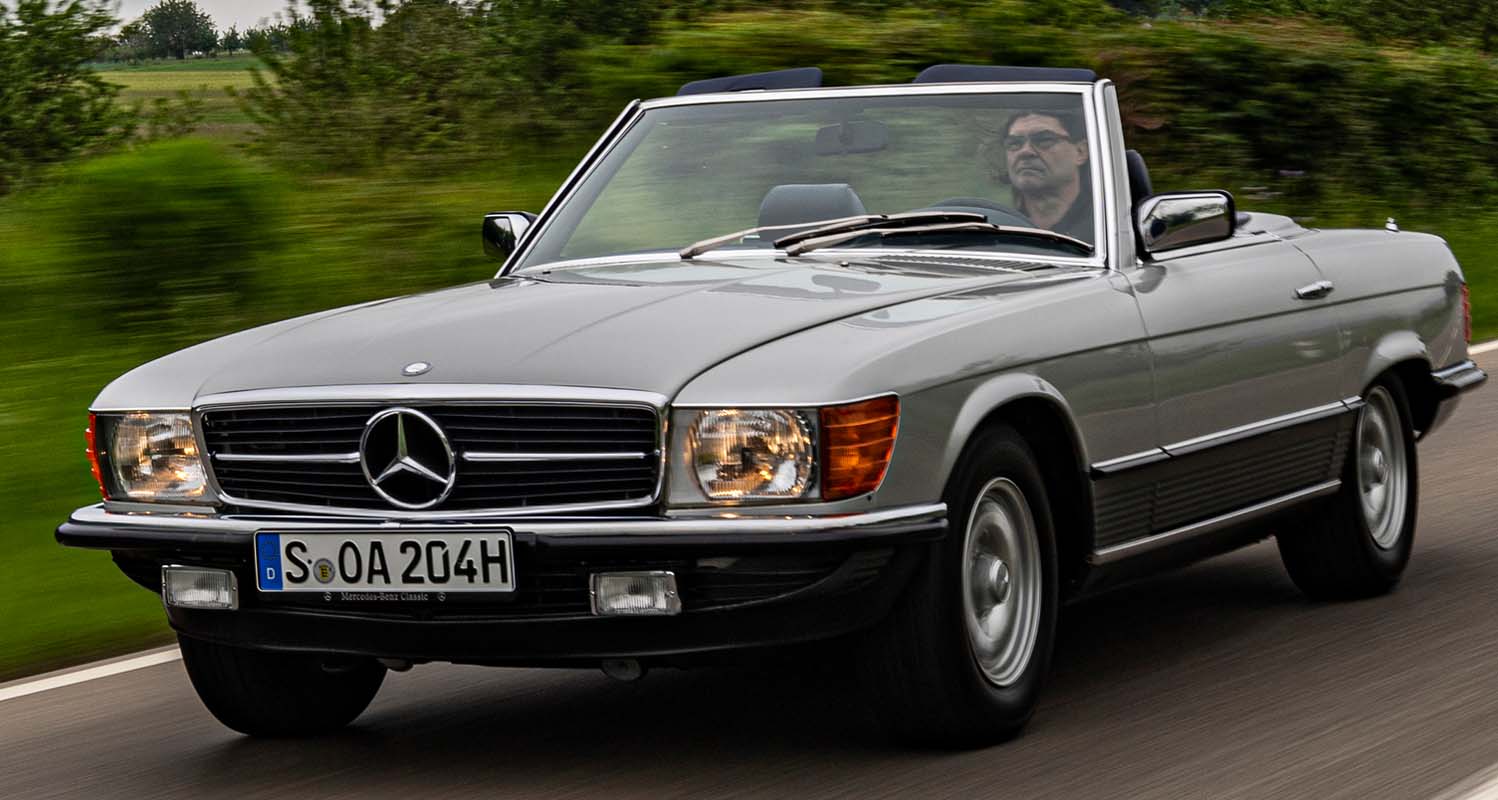 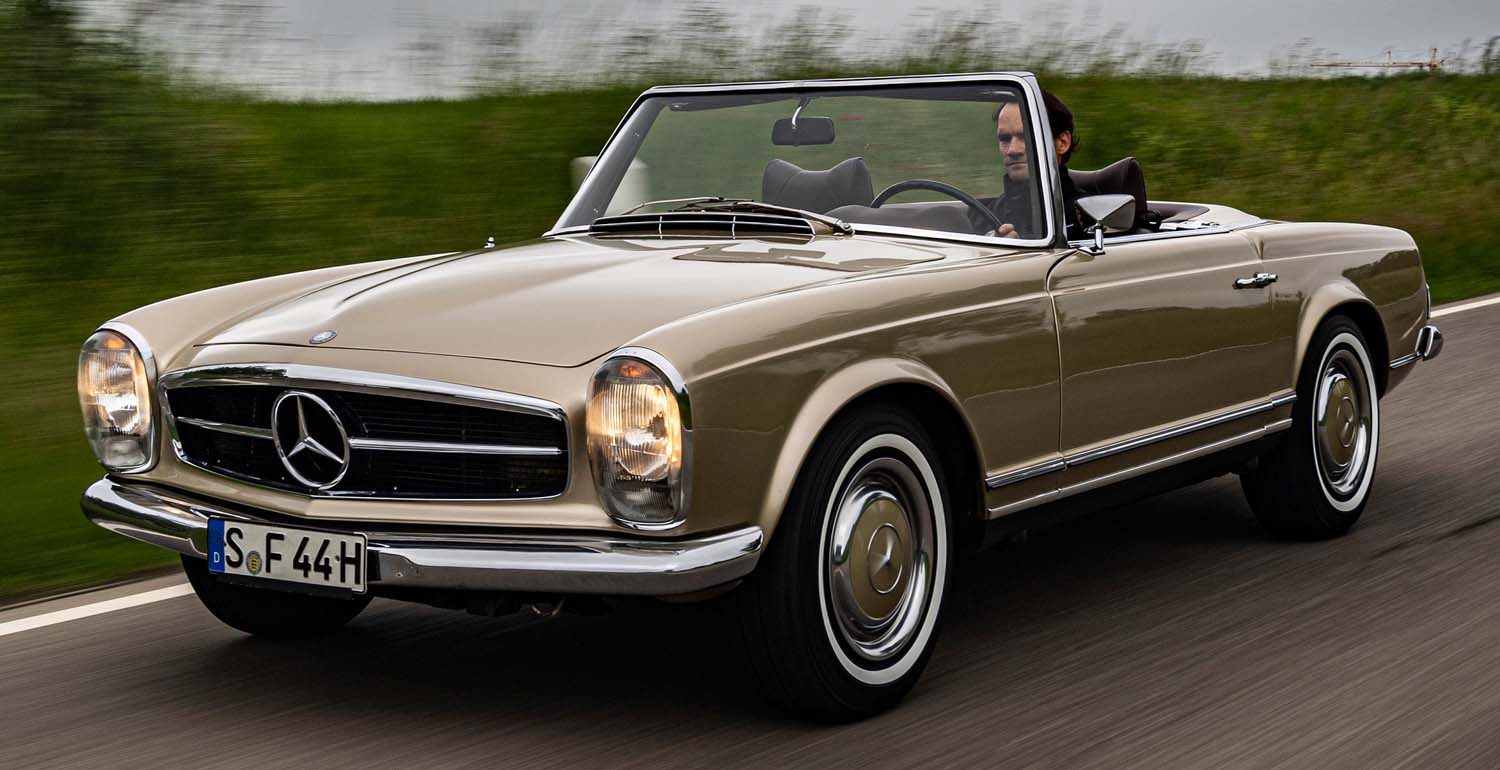 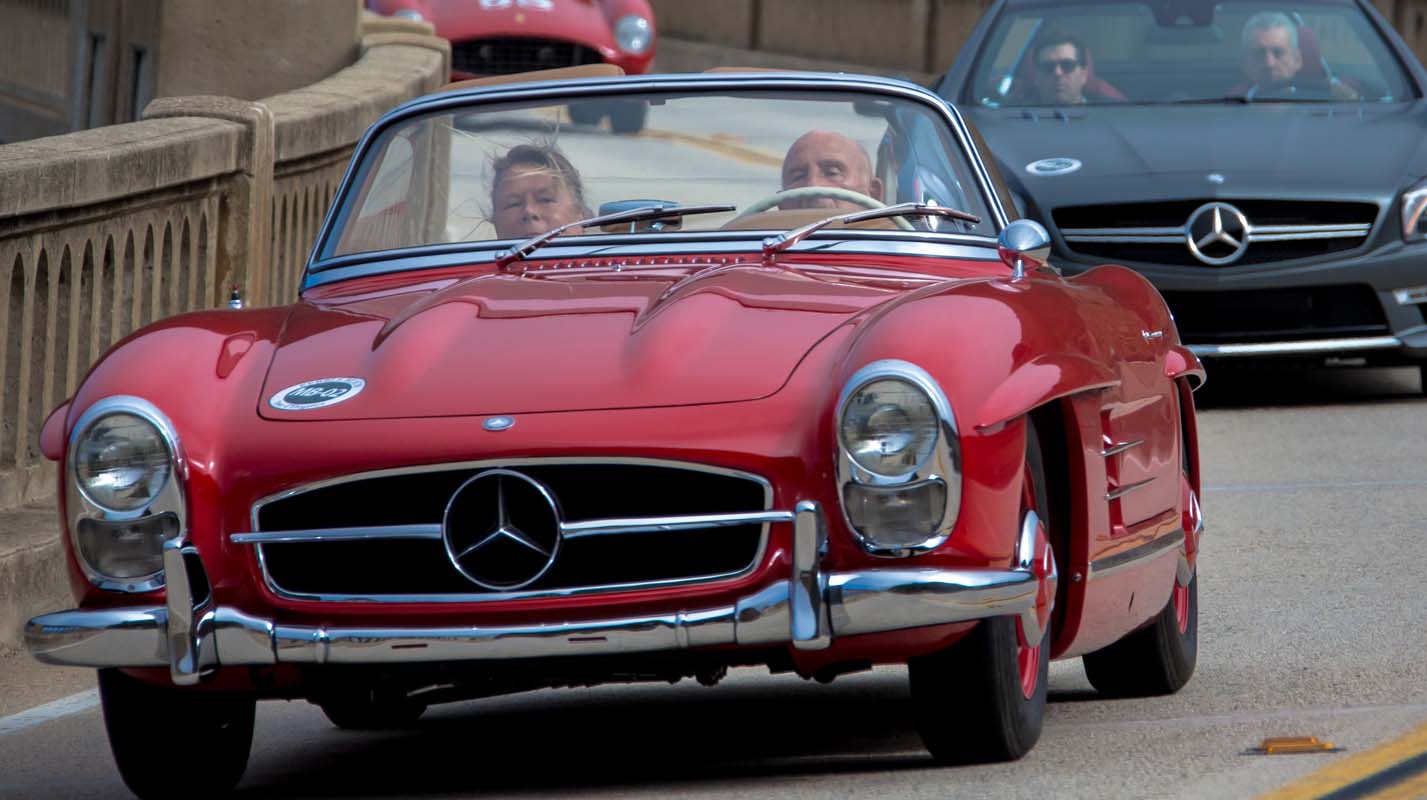 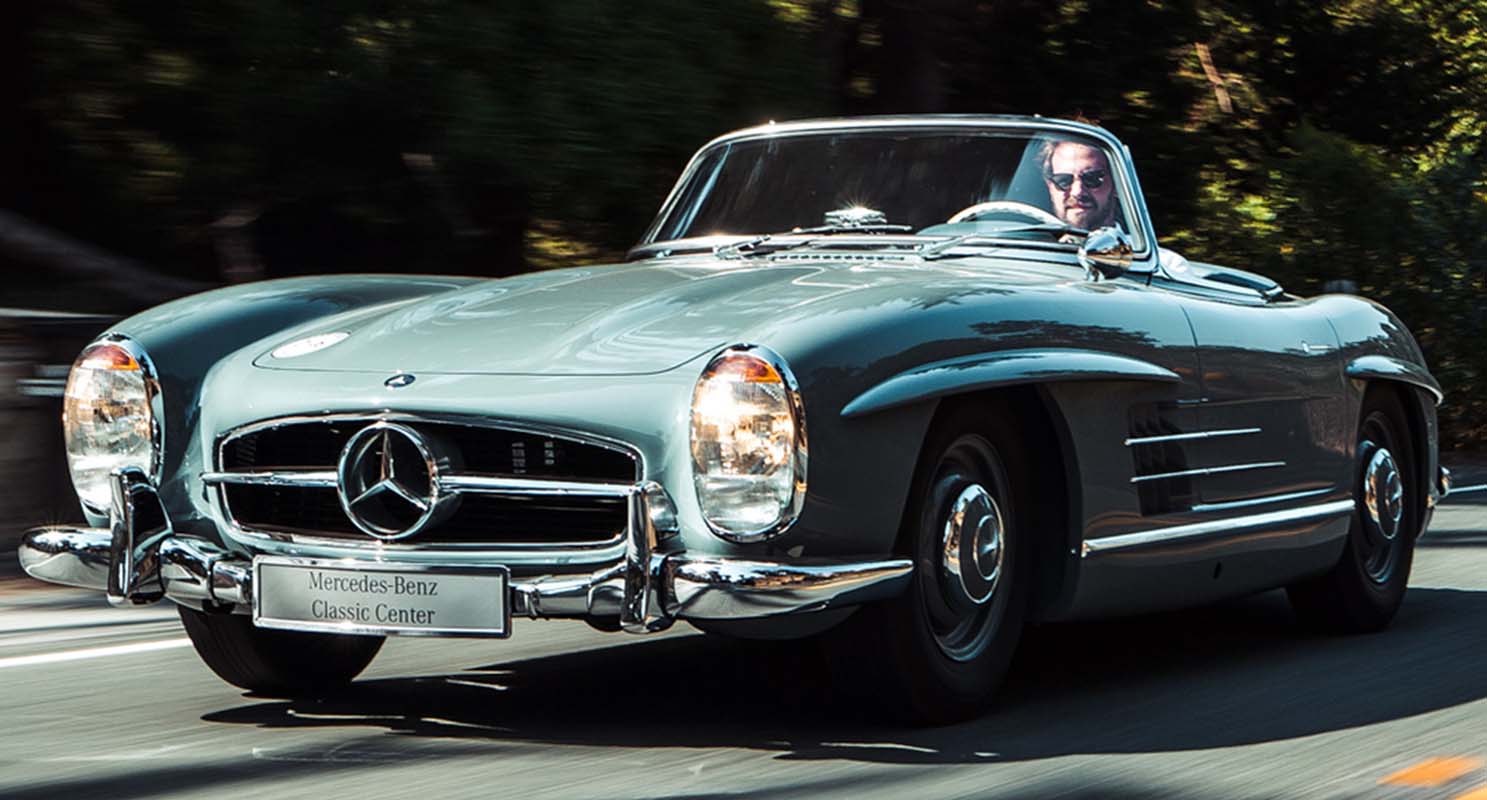 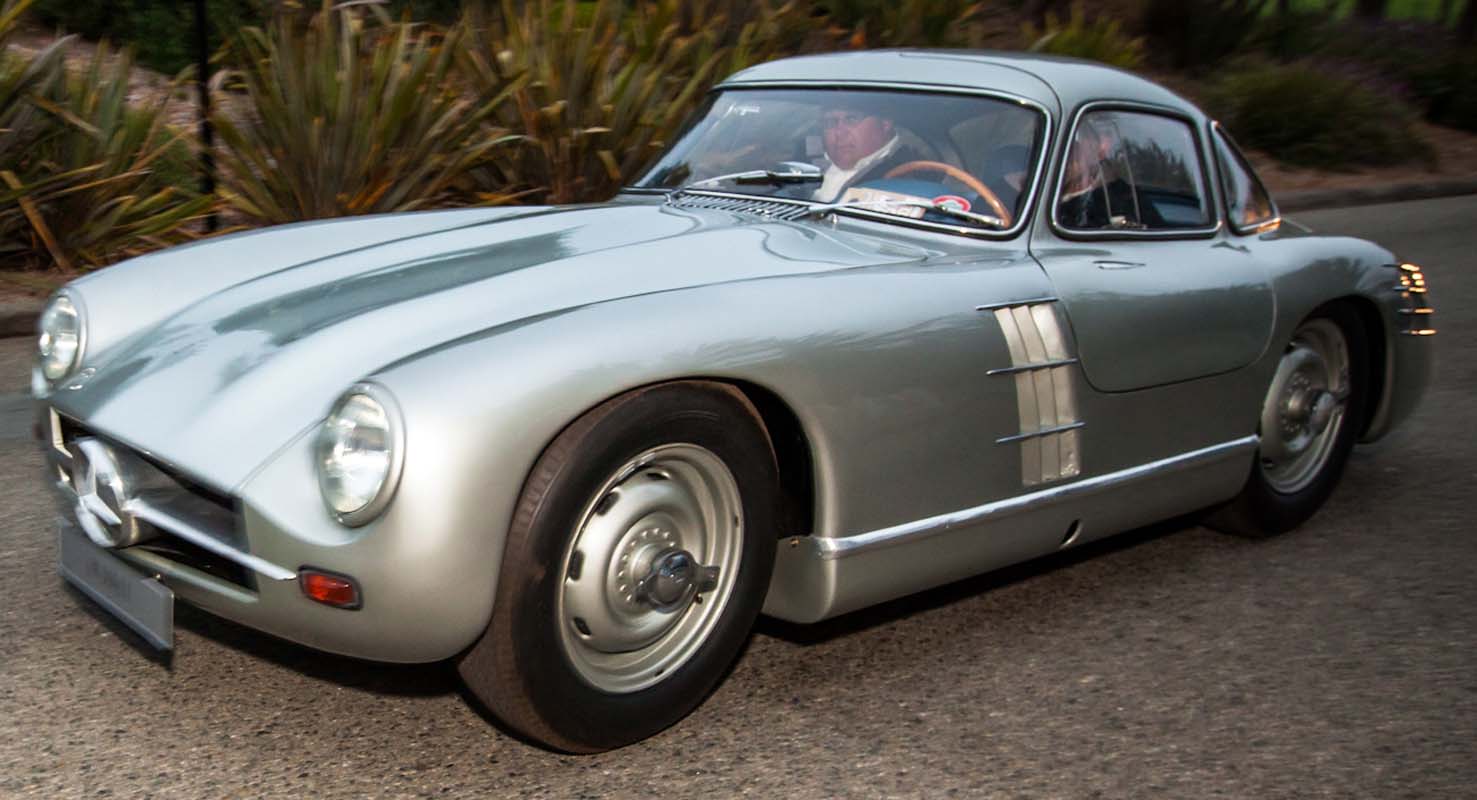 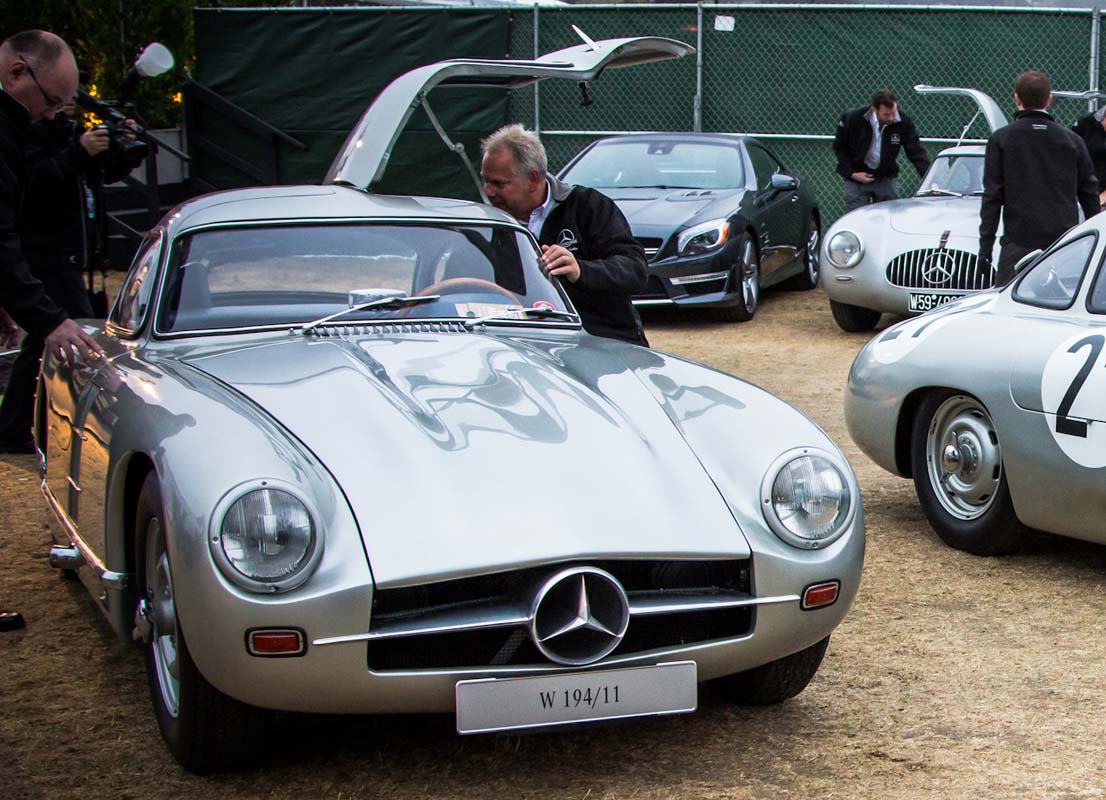 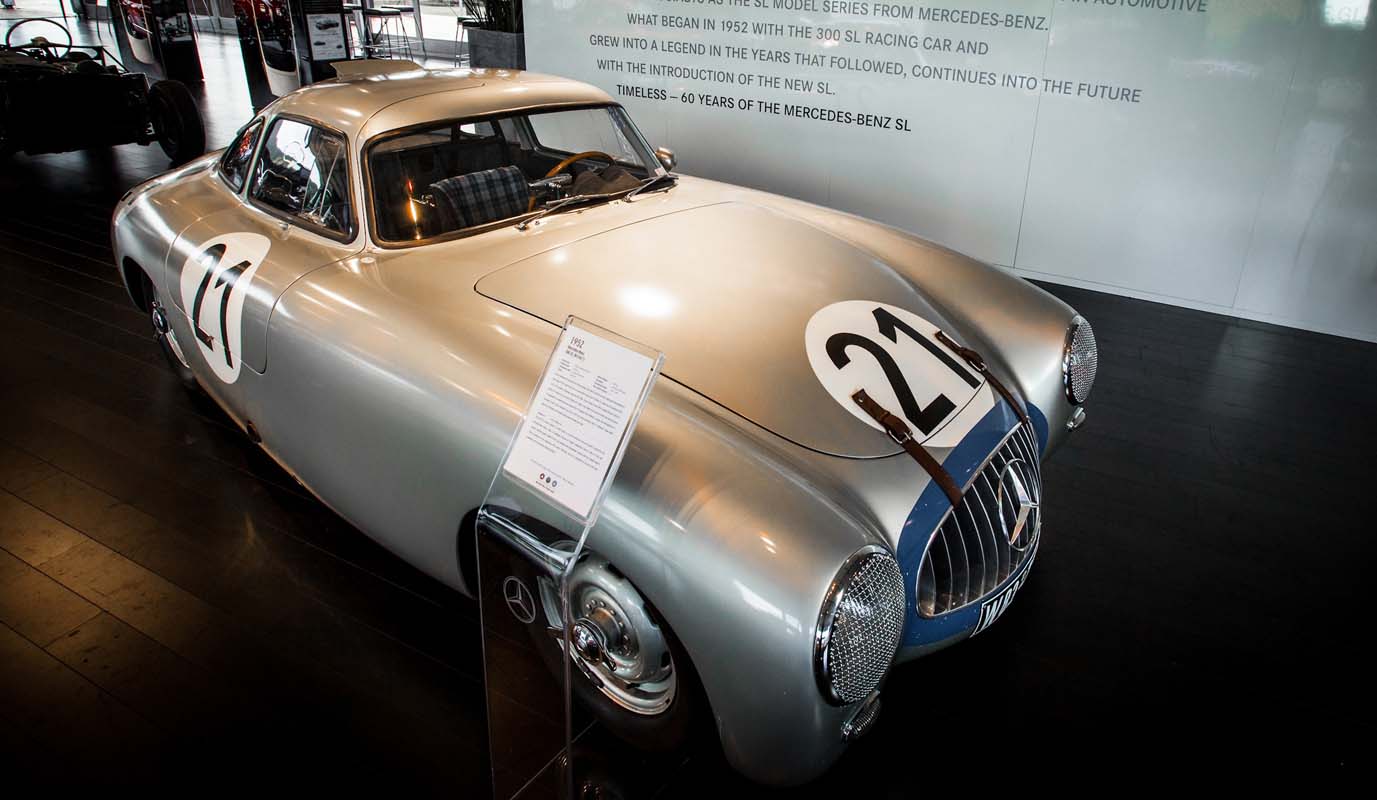 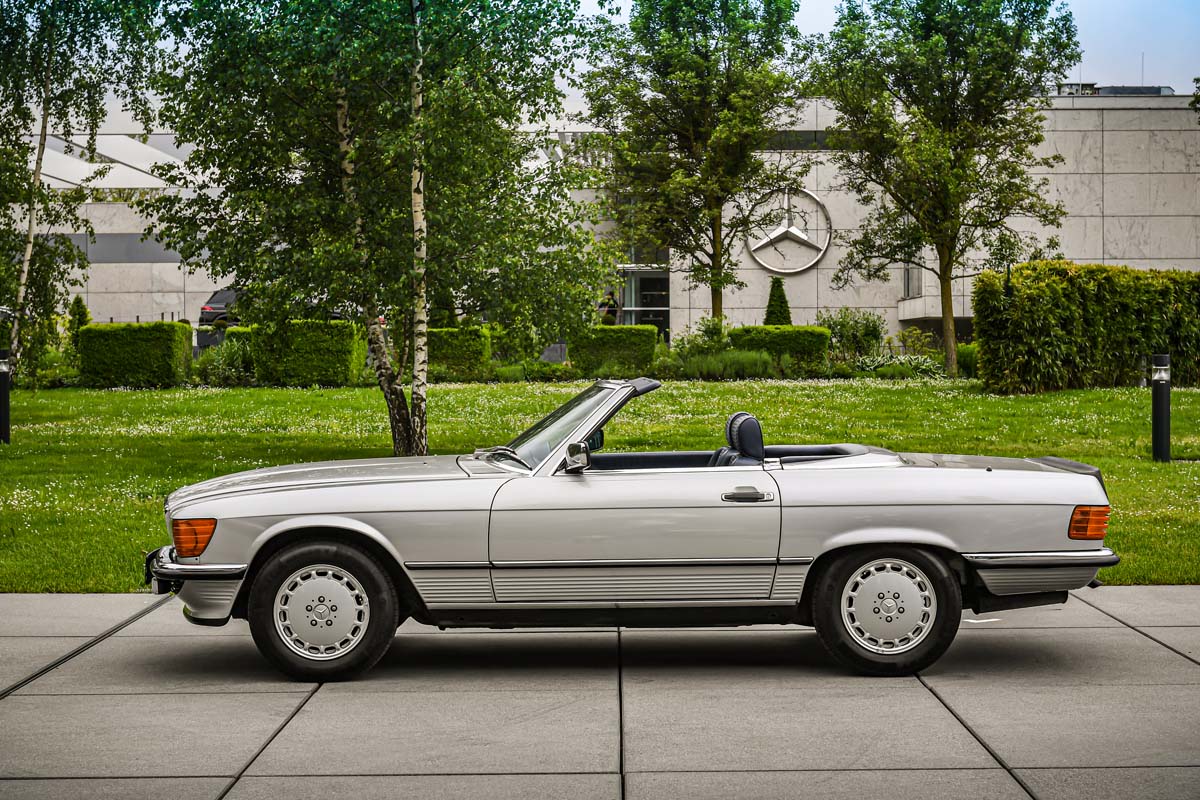