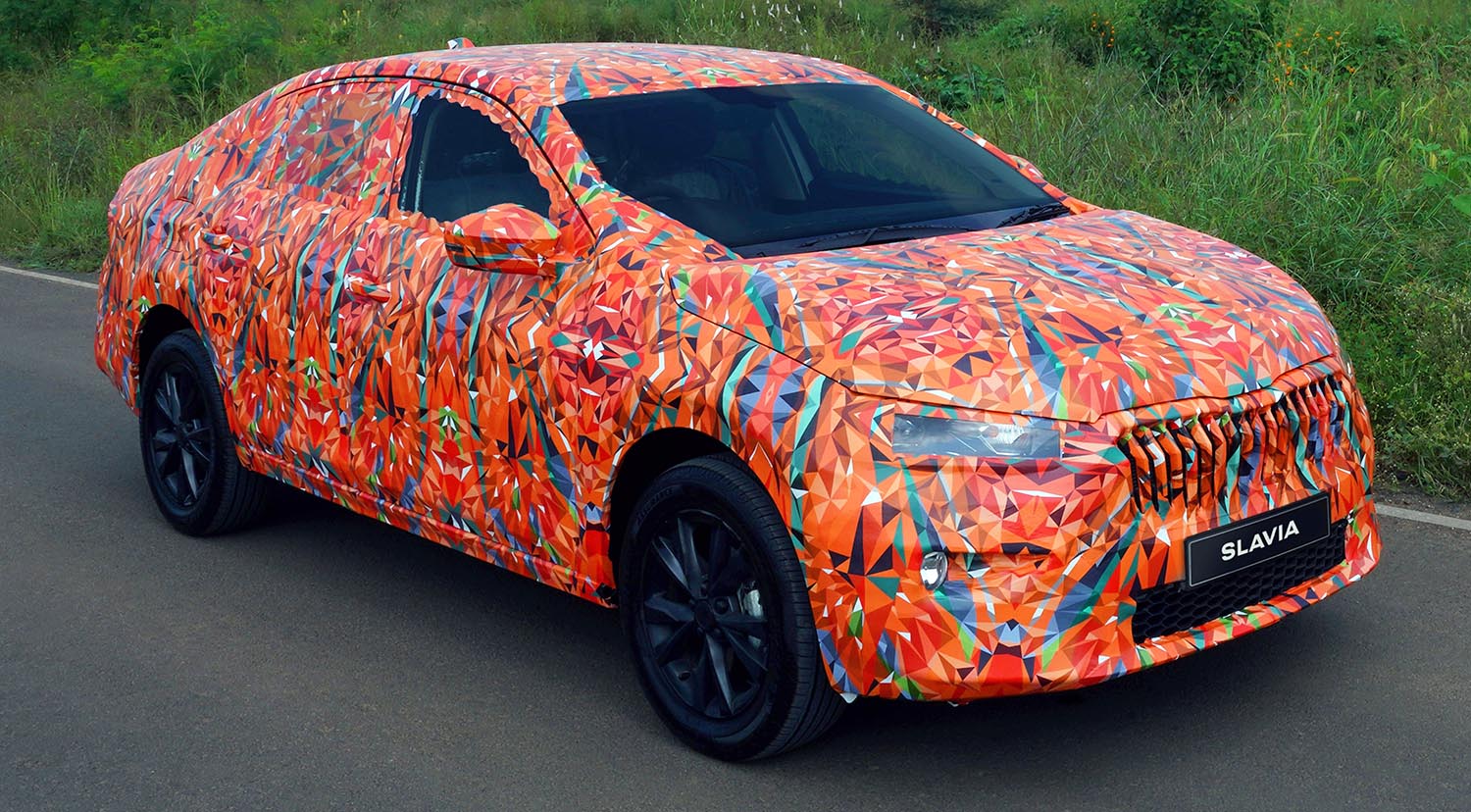 The ŠKODA SLAVIA sees the Czech car maker releasing what is its second new model for the Indian market, developed as part of its INDIA 2.0 project. During its last test drives, the final details of this new saloon for the A0 segment will be concealed by a very special camouflage wrap. It is the result of a “Camouflage with ŠKODA” design contest that enabled external design professionals and budding designers in India to submit their ideas. The contest received over 200 entries and was won by Shreyas Karambelkar from Badlapur in Maharashtra. In addition to a trip to Prague, the designer also won an in-person meeting with Oliver Stefani, Head of ŠKODA Design.

“ŠKODA AUTO India congratulates Shreyas Karambelkar for winning the ‘Camouflage with ŠKODA’ contest. His design reflects a homogeneous blend of Indian and Czech cultures. We want to congratulate the runners-up for putting up a healthy competition – the designs submitted kept the jury contemplating for a long time. We would also like to thank all the participants for coming forward and making the contest a success.”

The “Camouflage with ŠKODA” design competition had been kicked off in August, aimed at design studios, companies, universities, design students and design professionals. By the closing date of 18 August, more than 200 design proposals for the ŠKODA SLAVIA camouflage wrap had been received from all over India. Five designs were shortlisted. The final decision was made by a jury comprising Gurpratap Boparai, Managing Director of ŠKODA AUTO Volkswagen India Private Limited, Zac Hollis, Brand Director ŠKODA AUTO India, and Oliver Stefani, Head of ŠKODA Design. They evaluated aspects such as creativity and technical expertise with a particular view towards innovation, aesthetics, functionality, impact and emotional appeal.

Winning design represents blend of Indian motifs and Czech art
Shreyas Karambelkar’s design proved to be the winner. Its warm colours along with peacock and lotus flower motifs represent Indian culture. At the same time, the design also references elements of Czech glass art and Cubism. As the winner of the contest, Karambelkar will now fly to Prague, where he will meet the ŠKODA Head of Design, Oliver Stefani. The runner-up design took its inspiration from the ŠKODA colour palette and impressed with basic regular shapes arranged in what appeared at first glance to be a random pattern. The jury rewarded this effort with a design tablet, while the remaining finalists received ŠKODA AUTO products.

The SLAVIA is the second ŠKODA model developed as part of the model campaign for the Indian market, following in the footsteps of the KUSHAQ SUV. ŠKODA AUTO oversees all Volkswagen Group activities on the Indian subcontinent as part of the INDIA 2.0 project. The project aims to increase the presence of ŠKODA and Volkswagen on the Indian market and to achieve a combined market share of five per cent by 2025, depending on the development of the market and segment.

Overall investment in the INDIA 2.0 project amounts to 1 billion euros, of which 275 million euros are earmarked for research and development of new models for the Indian market’s volume segments. ŠKODA has set up an MQB-A0-IN production line in its Pune plant and achieves localization of up to 95 percent in vehicle production – in other words, almost all vehicle components are “Made in India”.