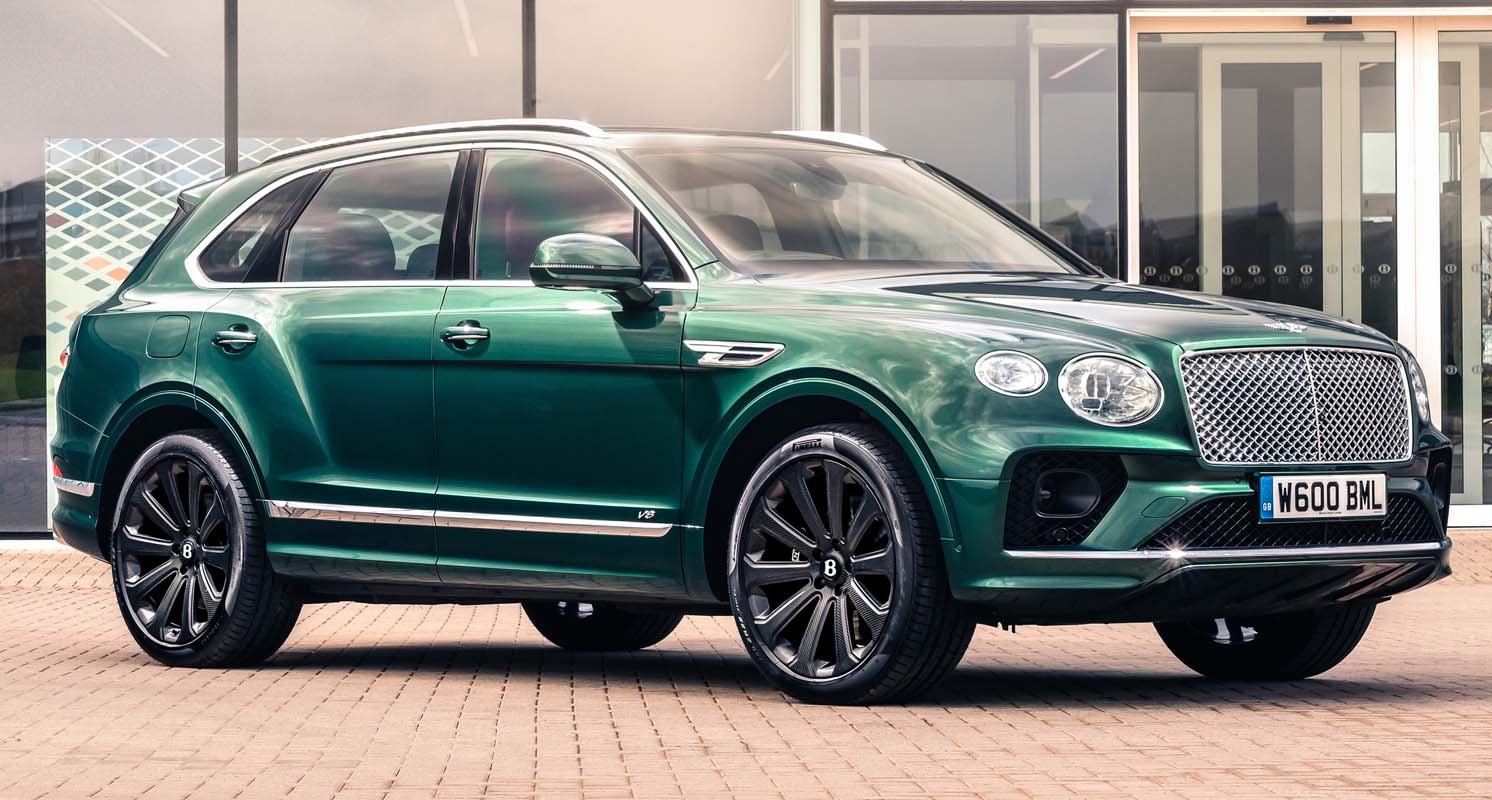 After years of development with one of the world’s leading composite suppliers, Bentley is today announcing a new carbon fibre wheel developed specifically for the Bentayga. The 22” carbon wheel, engineered with renowned specialists Bucci Composites, is to be the largest carbon wheel in production in the world and offers a vast range of benefits beyond the initial 6 kg improvement in unsprung mass per wheel.

The new carbon wheel has been subjected to the exceptionally rigorous TÜV (Technischer Überwachungsverei – Technical Inspection Association) standards, and is the first carbon wheel ever produced to pass all tests. The newly developed rim has undergone the most rigorous testing for non-metallic wheels according to the new TÜV standards including biaxial stress testing, radial and lateral impact testing for simulating potholes and cobblestones, tyre overpressure, and excessive torque tests exceeding the permitted limits.

One of the most severe tests of the TUV requirements – the impact test –  has shown how the carbon rim is extremely safe in addition to the performance benefits. After a severe impact which would crack or shatter an aluminium wheel, causing the tyre to collapse explosively, the carbon fibre rim allows a slow tyre deflation thanks to the intelligent layering of fibre weaves, allowing the vehicle to come to a controlled, safe stop.

For the final sign off stage, the wheel was put through its paces on one of the most famous tracks in the world – the Nürburgring Nordschleife.

The Technological Benefits of Composite Wheels

Carbon fibre not only provides a significant weight saving, but also offers the additional benefits of increased strength and stiffness. This leads to a number of fundamental benefits:

One of the main innovations lies in the rim manufacturing process, which involves the application of innovative concepts (covered by patents) combined with the use of high pressure RTM (Resin Transfer Moulding). The materials and production parameters have been carefully studied to ensure the repeatability of the product without affecting its quality.

The process involves the cutting of carbon fibre cloth into prescribed shapes. The weave segments are then stacked, heated and draped into a mould to create three-dimensional preforms. The preforms are collated and arranged into a larger mould before resin and hardner is injected throughout. After curing time at temperature, the component assembly is removed from the mould, and the final surfaces are machined to the correct finish, before polishing.

New Mulliner Products for the Future

This collaboration with a world leading composites supplier underlines Mulliner’s key principle in offering Bentley’s customers new and unique features. The new 22” carbon wheel is the perfect complement to Bentley’s existing carbon fibre products, including the highly sought-after Styling Specification which adds a carbon front splitter, sill extensions and rear diffuser to the Bentayga, and the opton of high gloss carbon fibre veneer to the interior.

The new wheel will be available to order late 2021. 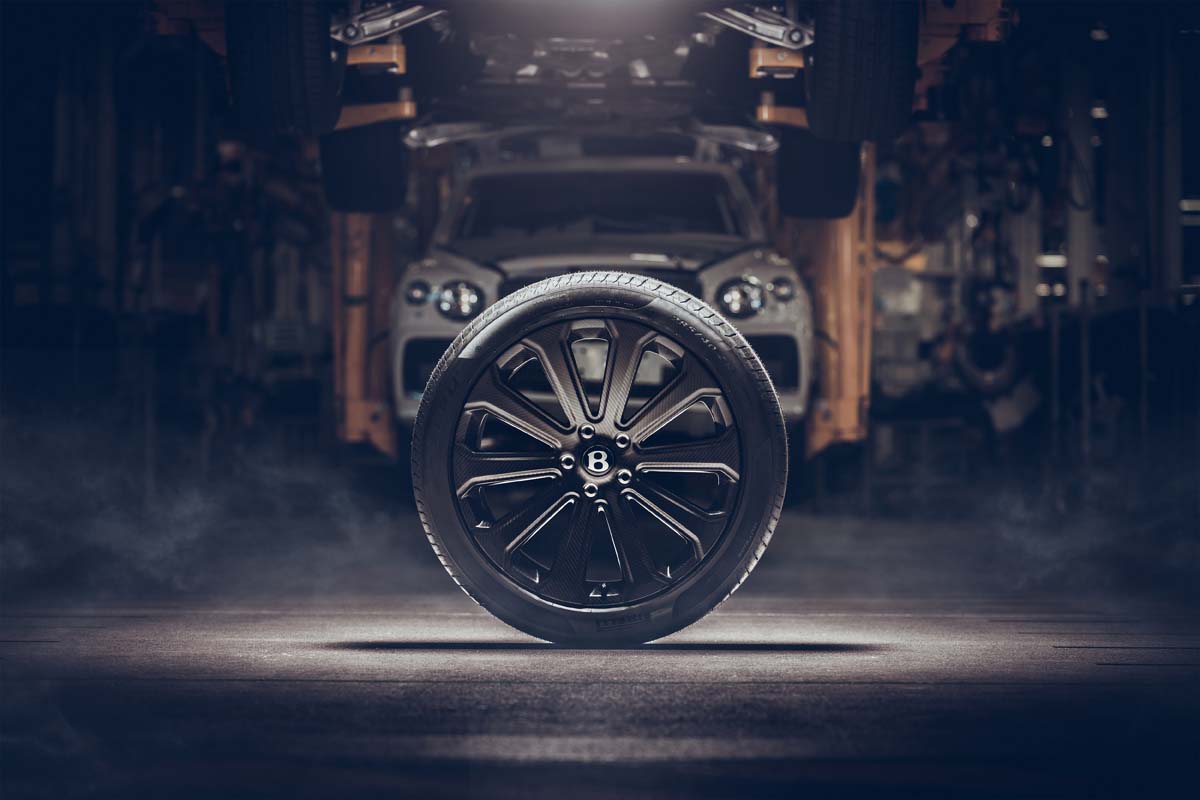 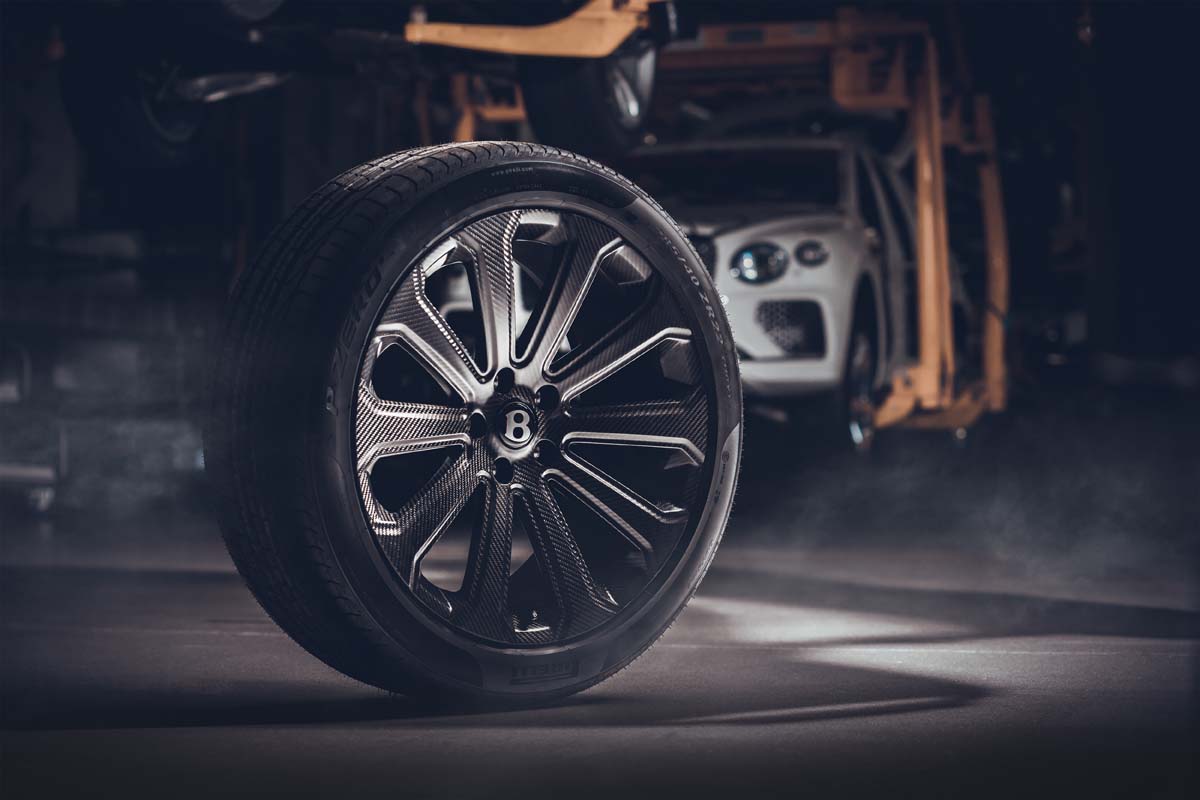 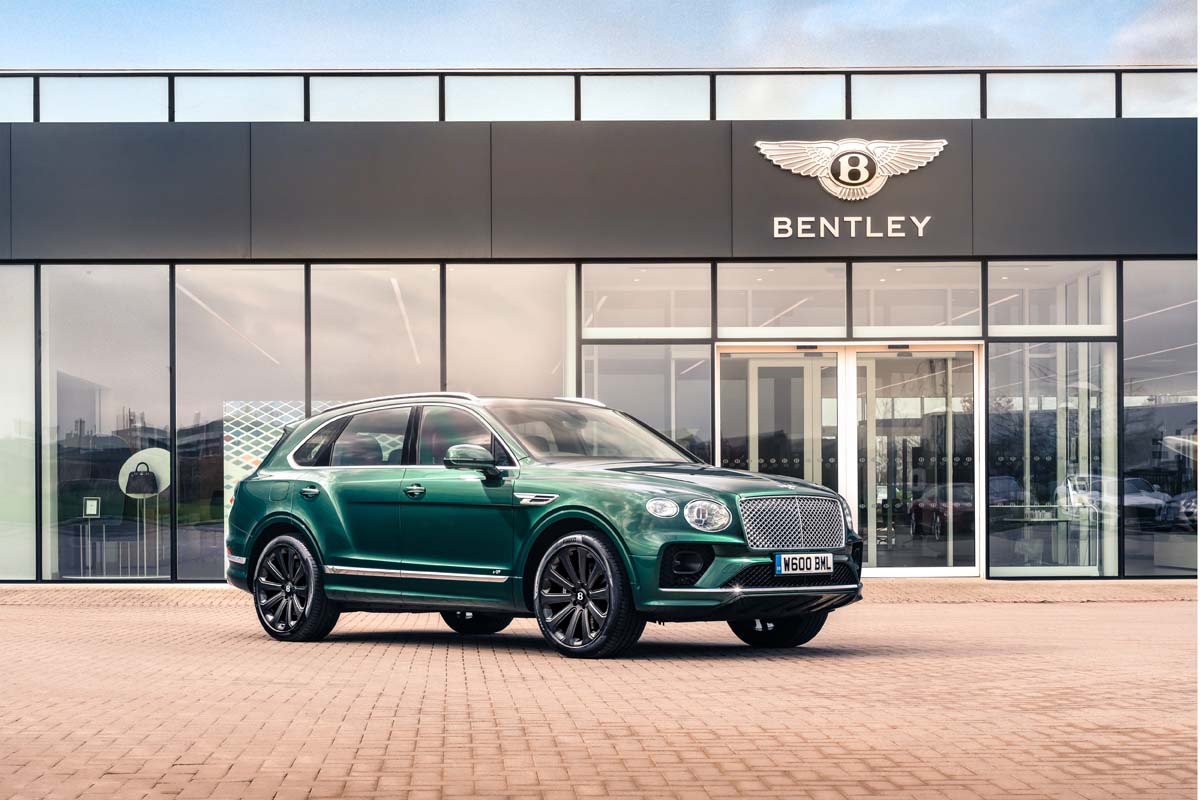 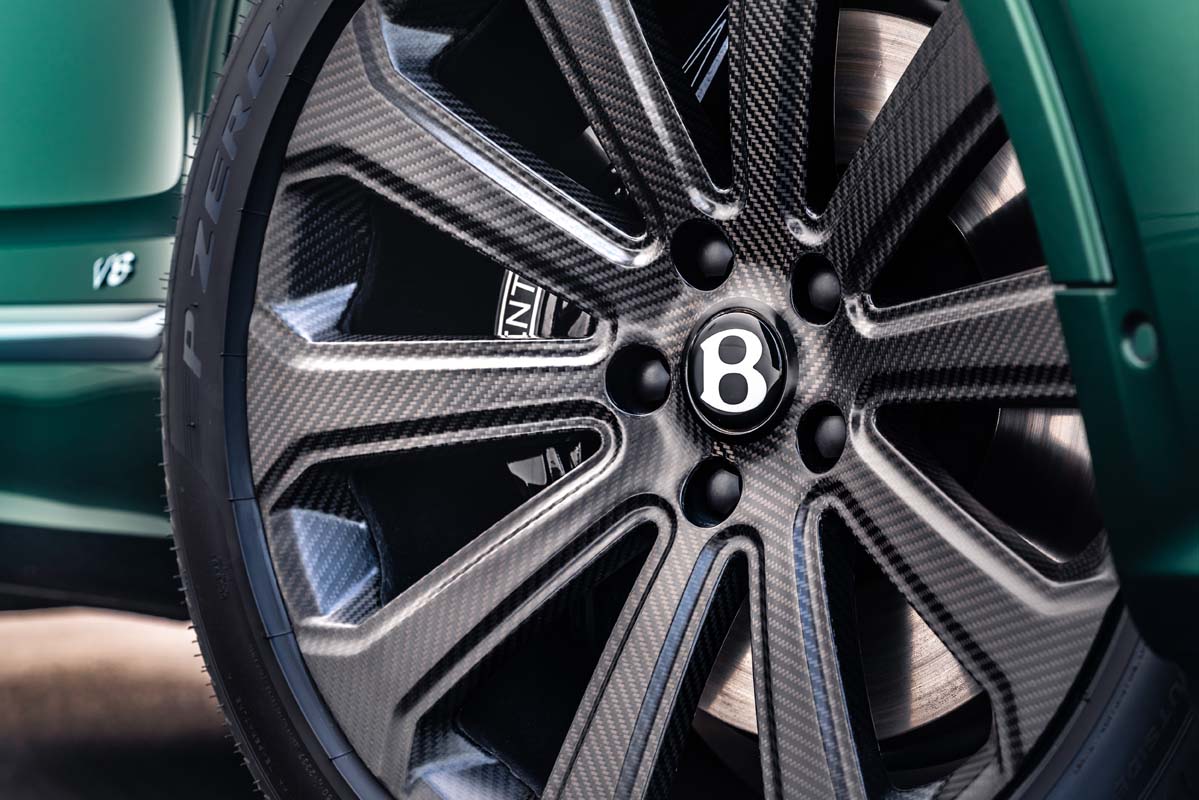 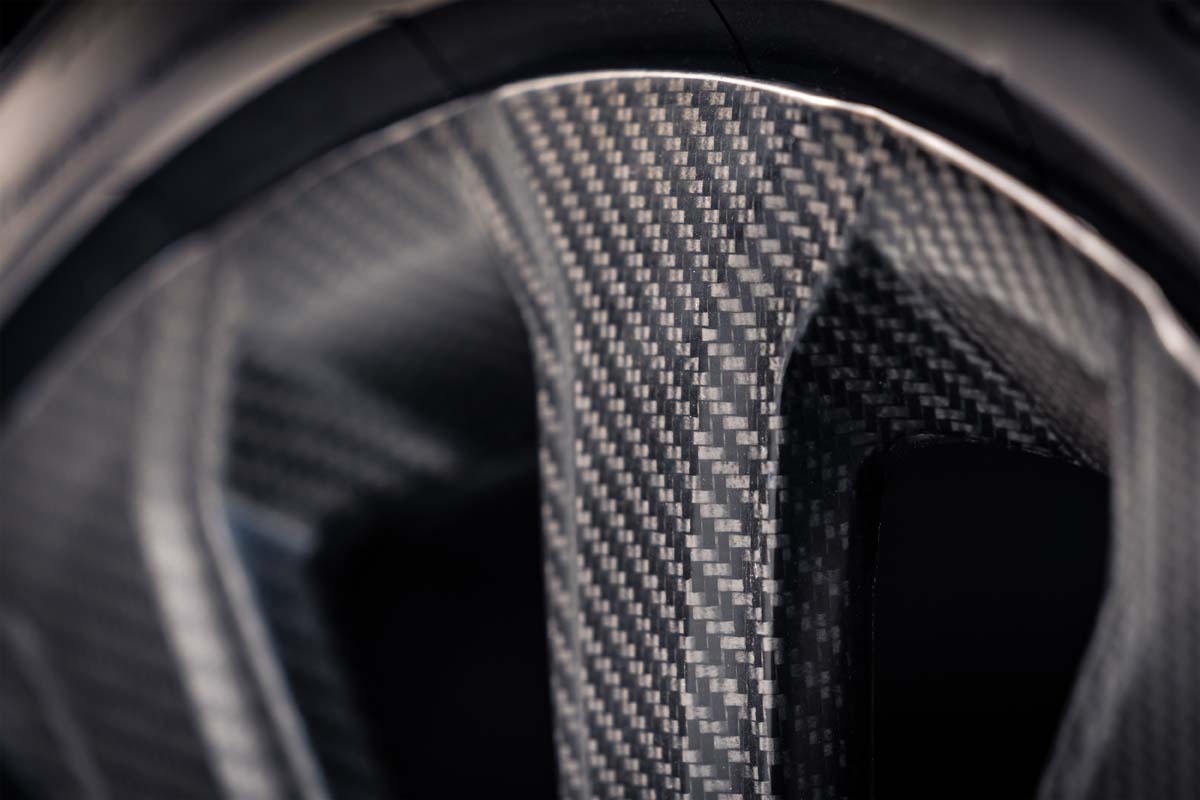