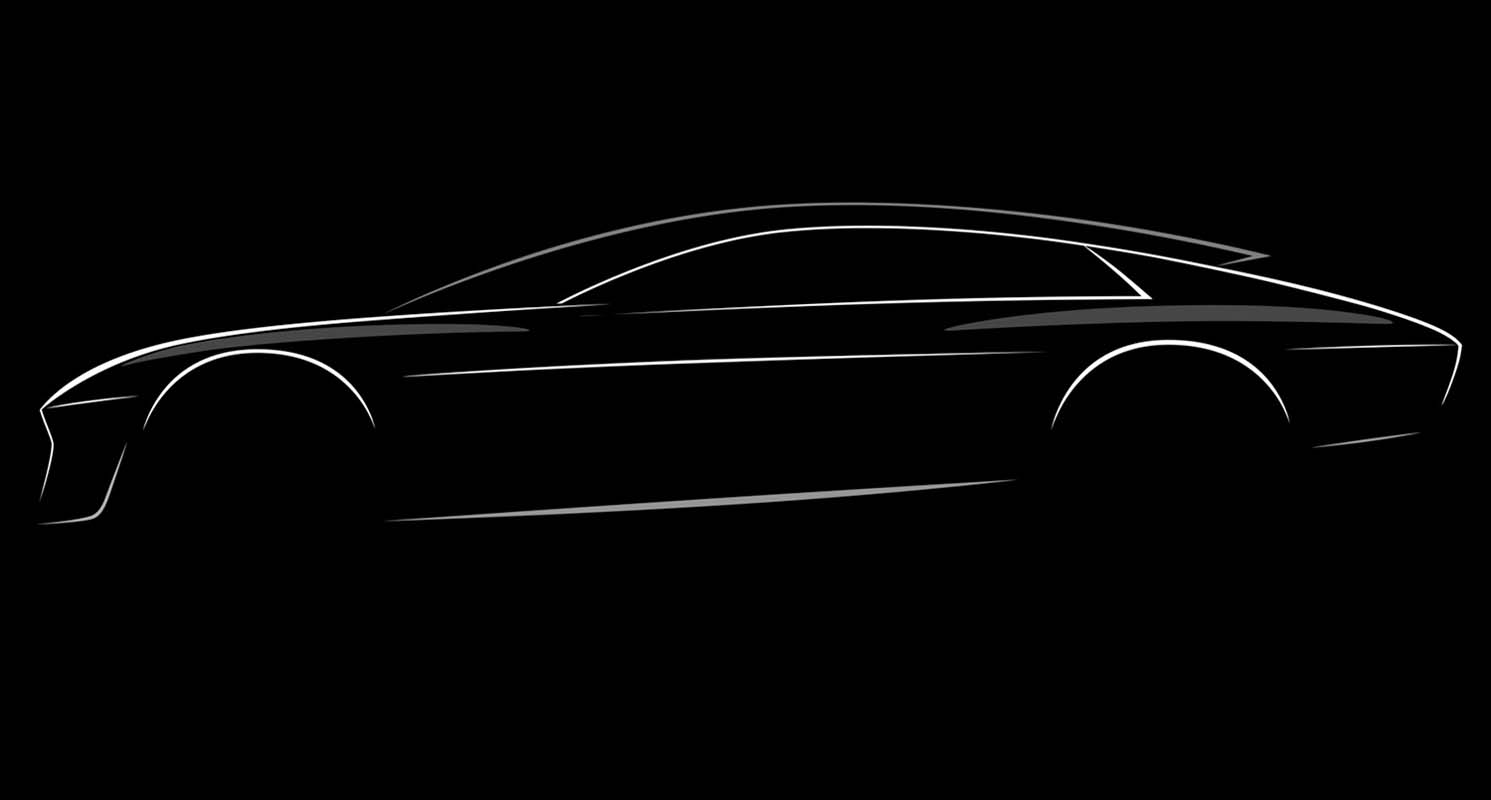 In the coming months, Audi will use three innovative concept cars to illustrate how the brand will design the future of the luxury class. The shared root word “sphere” in their model names emphasizes all three designs’ focus on the new interior concept and the holistic digital ecosystem for a new world of experience inboard.

In August 2021, the spectacular study known as the Audi skysphere concept will lead the trio with its first public appearance as part of Monterey Car Week in California. A few weeks later, the second concept car, the Audi grandsphere, will make its public premiere at the 2021 IAA. In the first half of 2022, the Audi urbansphere will follow as the third show car.

“These concept vehicles embody our brand strategy. They show how we imagine the near future of premium mobility,” says Henrik Wenders, head of the Audi brand. For him, the future is a design space to offer people new experiences during their journey. Audi is calling these newly designed car interiors that envelop the passengers “sphere”. With the transition to electromobility and, in a few years, to automated driving (level 4), this field of the car will change more dramatically than it has at any time in recent decades. And with the interior and the spatial architecture, a new overall car concept will also emerge in which the inner space becomes the core of new vehicle design. A digital ecosystem will also make personalized services possible beyond the car.

Each of the three concept vehicles, skysphere, grandsphere, and urbansphere, interprets this paradigm shift in design differently – created with resolute dynamism, distinction, or even long distance travel in mind. In each case, passengers’ needs and quality of experience are at the very top of the three studies’ design specifications. Technological innovations and the highest quality materials and workmanship envelop the passengers in all areas. On board, they enjoy the freedom to drive themselves or – whenever possible – to simply disconnect from traffic, their environment, and overstimulation in a fully self-driving car. Instead of these, the interior becomes a free space for relaxing, networking, or even actively communicating.

Contrary to vision cars like the Audi AI:CON or AI:ME, the new show cars are not trying to look into the distant future. Instead, they are presenting lines, technologies, and spaces for experience that are expected to turn up again starting in the mid-2020s in initial serial cars from Audi. 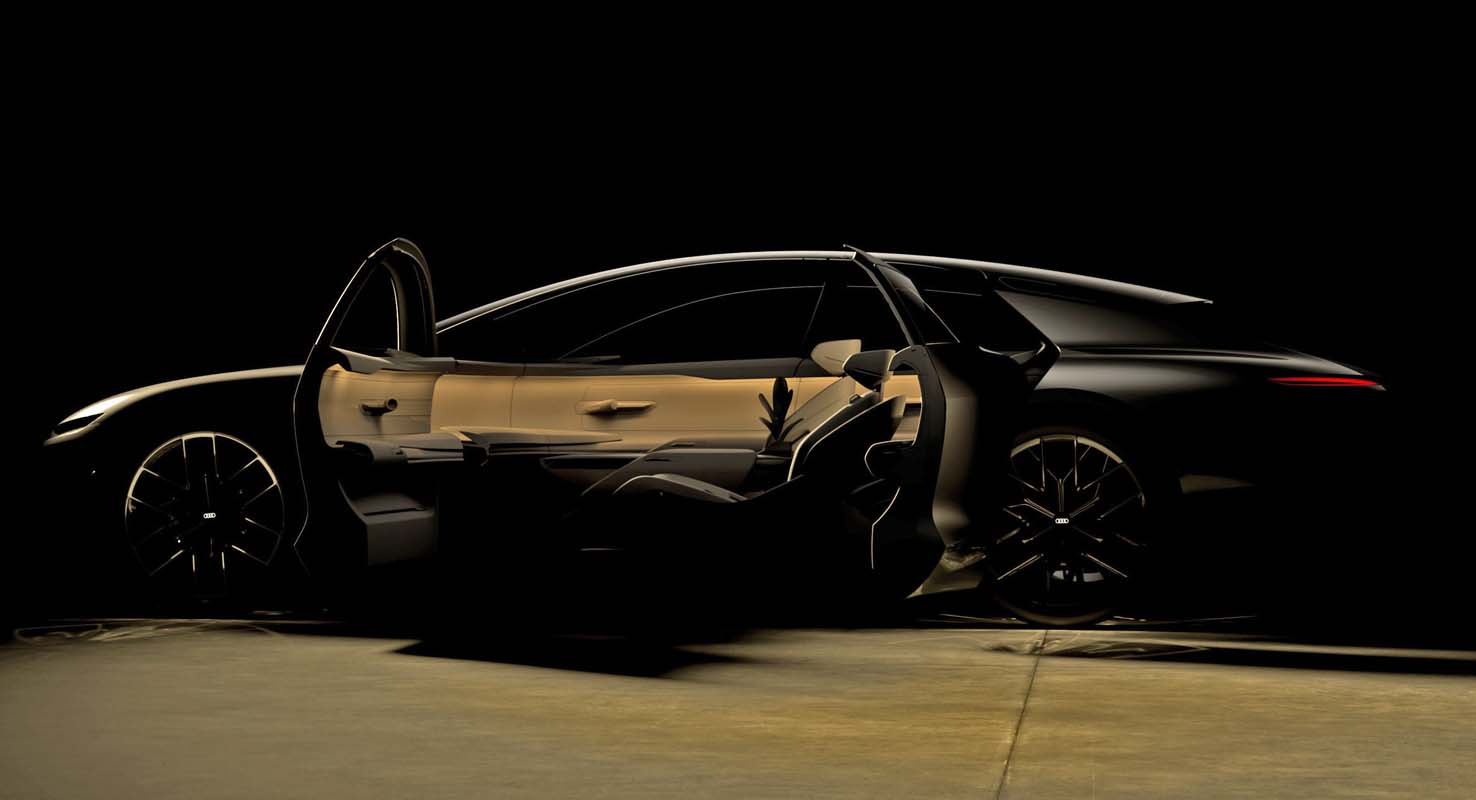 What direction is auto design heading? This question imposes itself as more and more electric models arrive on the road. The most beautiful cars that have ever existed, some say. Too traditional, others grumble. Audi Design chief Marc Lichte has a clear perspective on this. In recent months, he and his team have been looking intensively at that sea change. In the interview, he gives an overview of how the technological changes have turned Audi’s design – even its design process – upside down.

Question: Mr. Lichte, it is not yet six months since Audi extravagantly presented the e-tron GT1. It is a fully electric Gran Turismo and you said that it was the most beautiful car that you had ever been able to design. What can follow that?

Marc Lichte: Quite a lot. In fact, I would say that we’re just at the beginning. What we’re experiencing right now? With electromobility, the car has already been fundamentally changed in its construction. The visible power center is no longer the engine, but rather the large battery block in the underfloor. In addition, there are the possibilities for digitalization and, above all, automated driving. This will fundamentally alter the automobile in the coming years. It’s a change that can probably only be compared with the transitional moment when the carriage was superseded by the car.

It’s an enormous technical challenge, that is undeniable. But what does it mean for auto design in concrete terms?

Lichte: That can be explained quite clearly. In its 135 years, we have always designed the car from the outside moving inward. In other words, in the beginning, there was the question of what vehicle segment the model was to be positioned for and what engine drives that segment. From there, we came up with the vehicle body and, consequently, the exterior design. We would only concern ourselves with designing the interior when all of that was set.

And now you want to shake up that established process?

Lichte: Yes, exactly. Because automated driving is changing an elementary point that previously seemed unchangeable in all cars worldwide: in the future, drivers will no longer have to constantly keep their hands on the wheel. Without the task of actively driving, they will gain new freedoms and can structure their time themselves. Work, entertainment, or relaxing – these are all possible. And at the same time, we are also gaining – without a steering wheel or pedals – new design possibilities for the interior and, quite simply, more room and a better sense of space. For users, the interior will become their personal free space; for us designers, it’s the new design nucleus of the car. So the design process begins with the question: who will be sitting in a new model and what all would that person want to do there? It’s a 180 degree turn. In the future, the car will no longer be designed from the outside in, but from the inside out.

“From the inside out” – other industries and car manufacturers have adopted that motto for themselves for a long time. Why is Audi joining their ranks now?

Lichte: It’s not about a slogan, but rather a fundamentally new understanding of individual mobility. Here’s an example: Imagine a traditional luxury sedan – over 5 meters (16.4 feet) long, tinted windows, and painted black. Where does the customer sit? In the driver’s seat? No, he’s sitting in the back right seat, possibly using the rear seat entertainment, while the chauffeur drives the car. But in the future, if the task of driving ceases to apply, then it would be much more attractive to the customer to sit right in the front in a comfortable seat with an unobstructed view of the outside or a large onboard entertainment system like you would want at home. For me, that’s first class traveling.

You mean traveling in a way that has been reserved for VIP airline guests until now?

Lichte: Yes, although I would sooner compare it with a private jet than an airliner. Time in the car becomes quality time. No more displays, buttons, or switches, but rather ample space with a feel-good atmosphere. So something like a third living space, alongside the home and the workplace.

The new luxury for long distances. That’s all well and good, but is that also the solution for people who like sports cars? For families? For people in big cities?

Lichte: It doesn’t have to be, by any means. I’m firmly convinced that different vehicle models will differ from one another to a significantly greater extent in the future. The time when the car was a compromise between a lot of contradictory demands or a kind of all-in-one solution is over. Instead, there will be more and more cars whose entire concepts are tailored for a particular purpose or use case, be it a short trip into a big city or a fast circuit around the racetrack.

Lichte: Not at all. In 2017 and 2019, for example, we introduced the Audi AI:CON and AI:ME concept vehicles. They were vision cars. With them, we were looking ten to twenty years into the future. Now, by contrast, we’re working intensely on implementing the series. We’ll be sending the first example to the IAA in Munich in September with a production-based show car, the Audi grandsphere concept. The name essentially says it all. 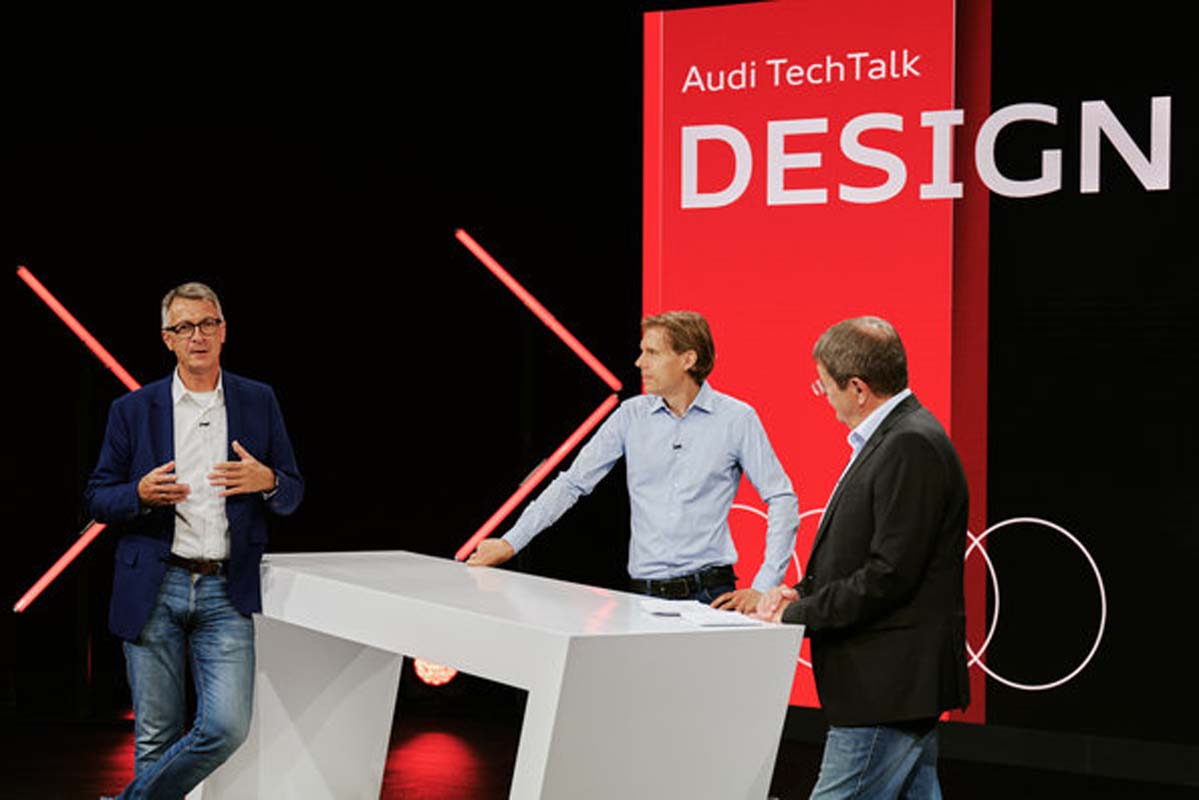 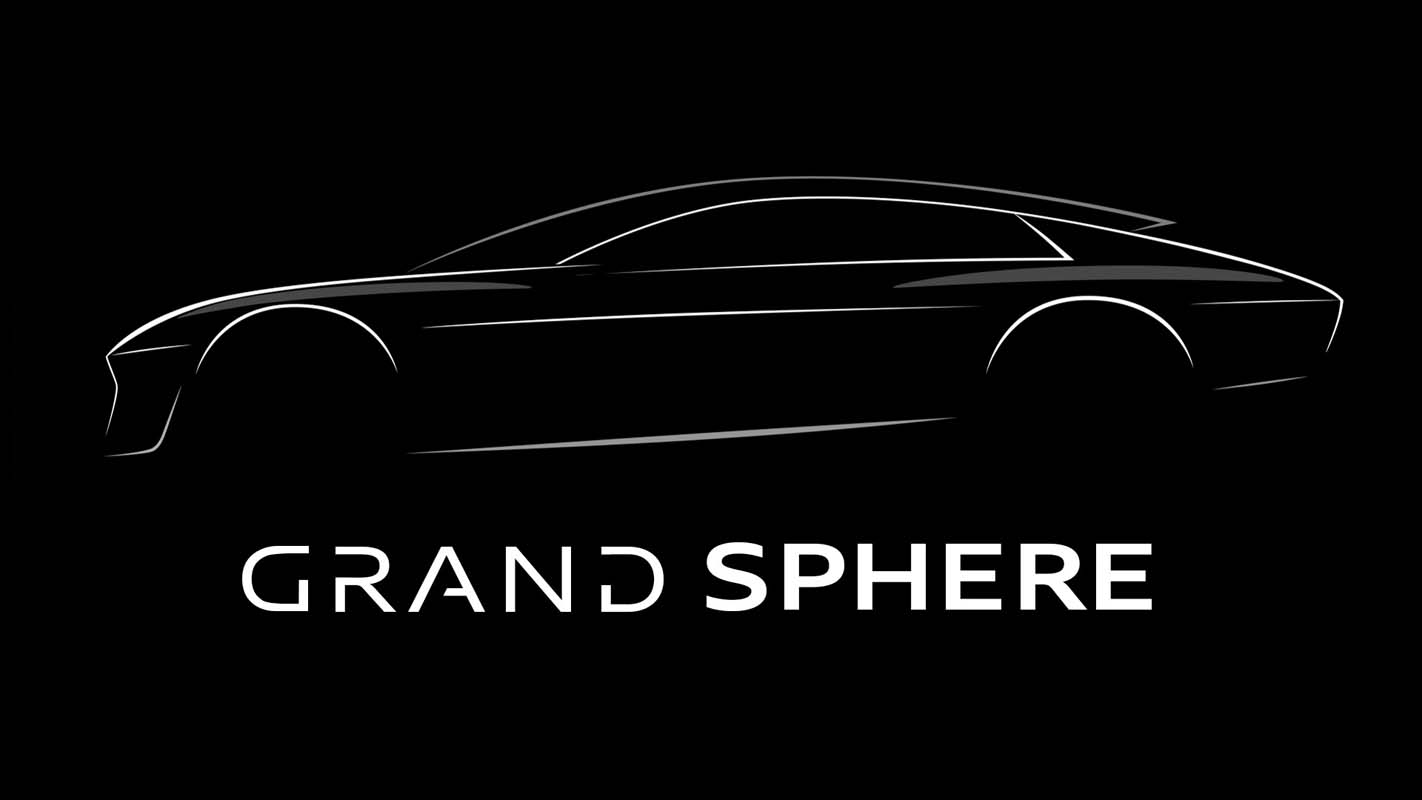 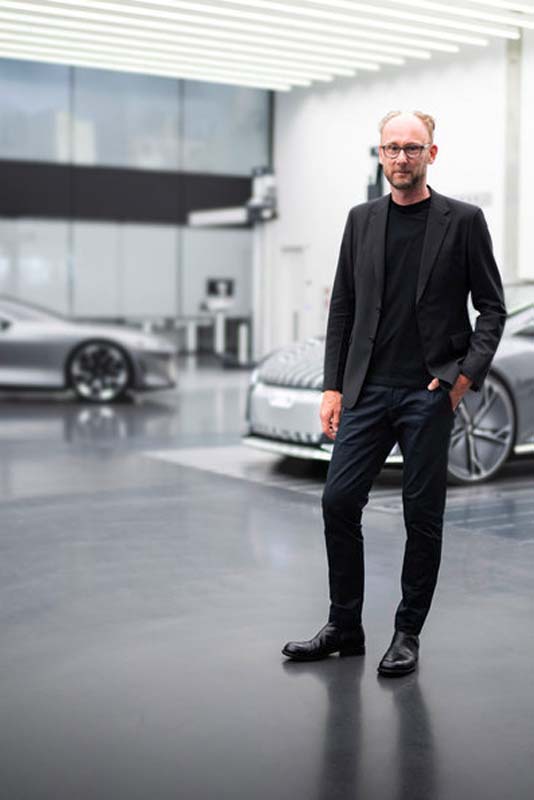 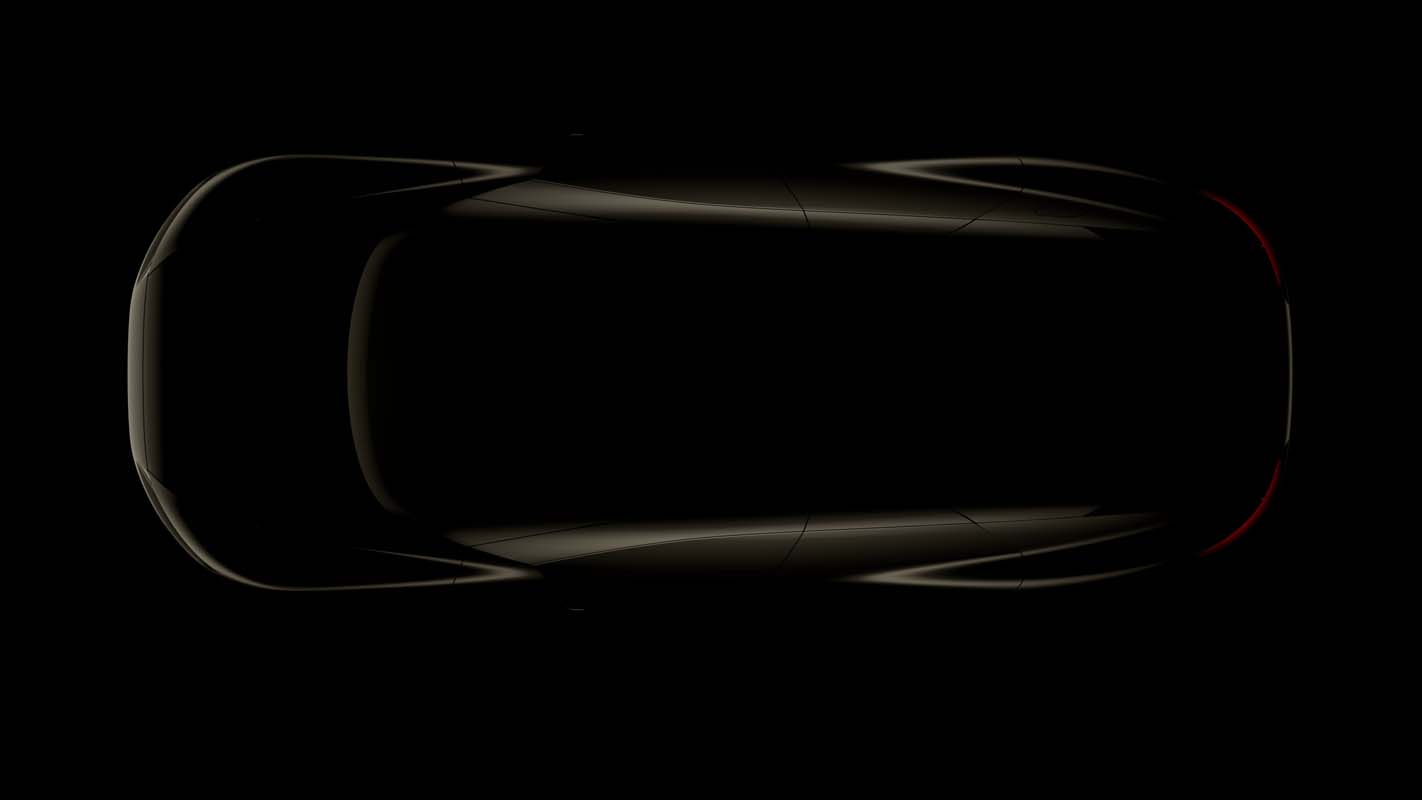 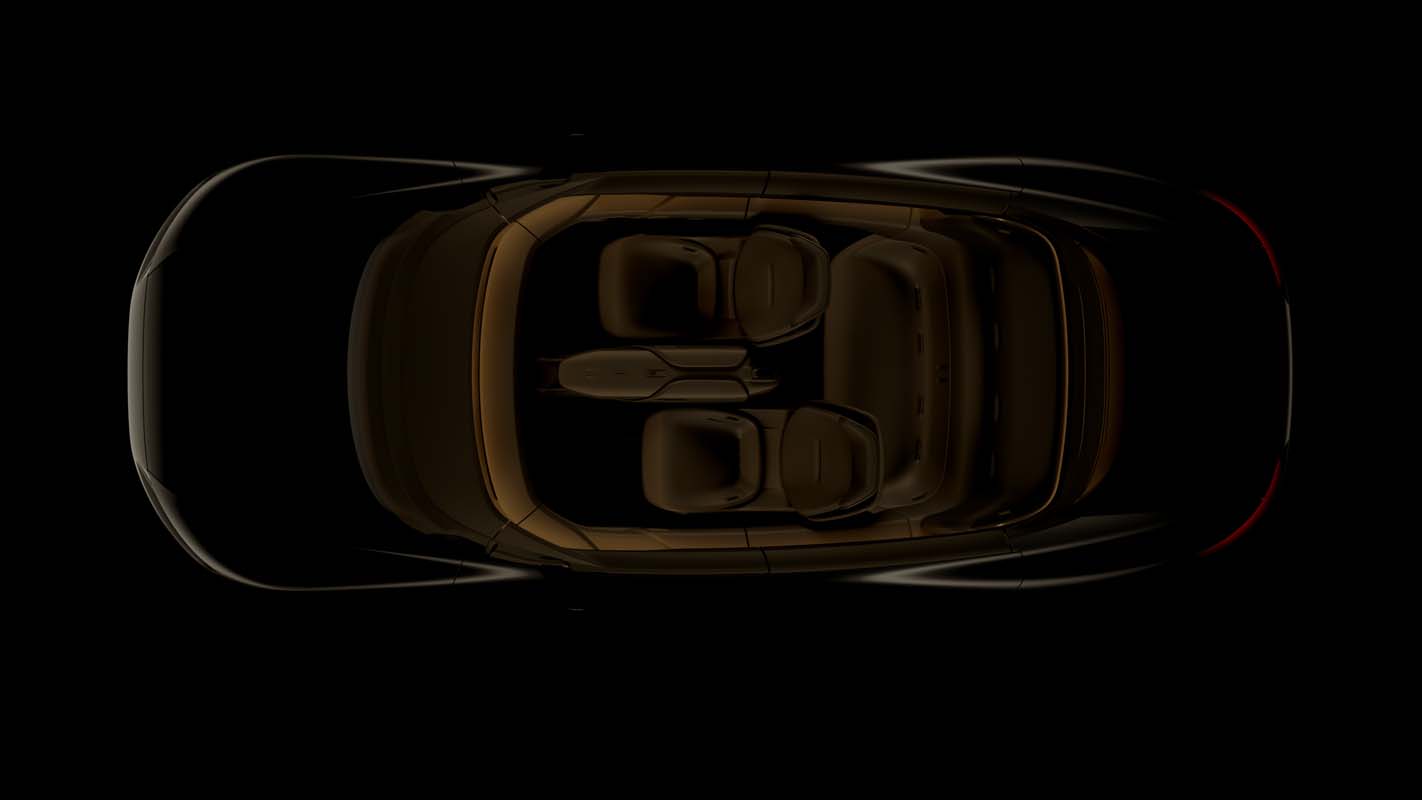 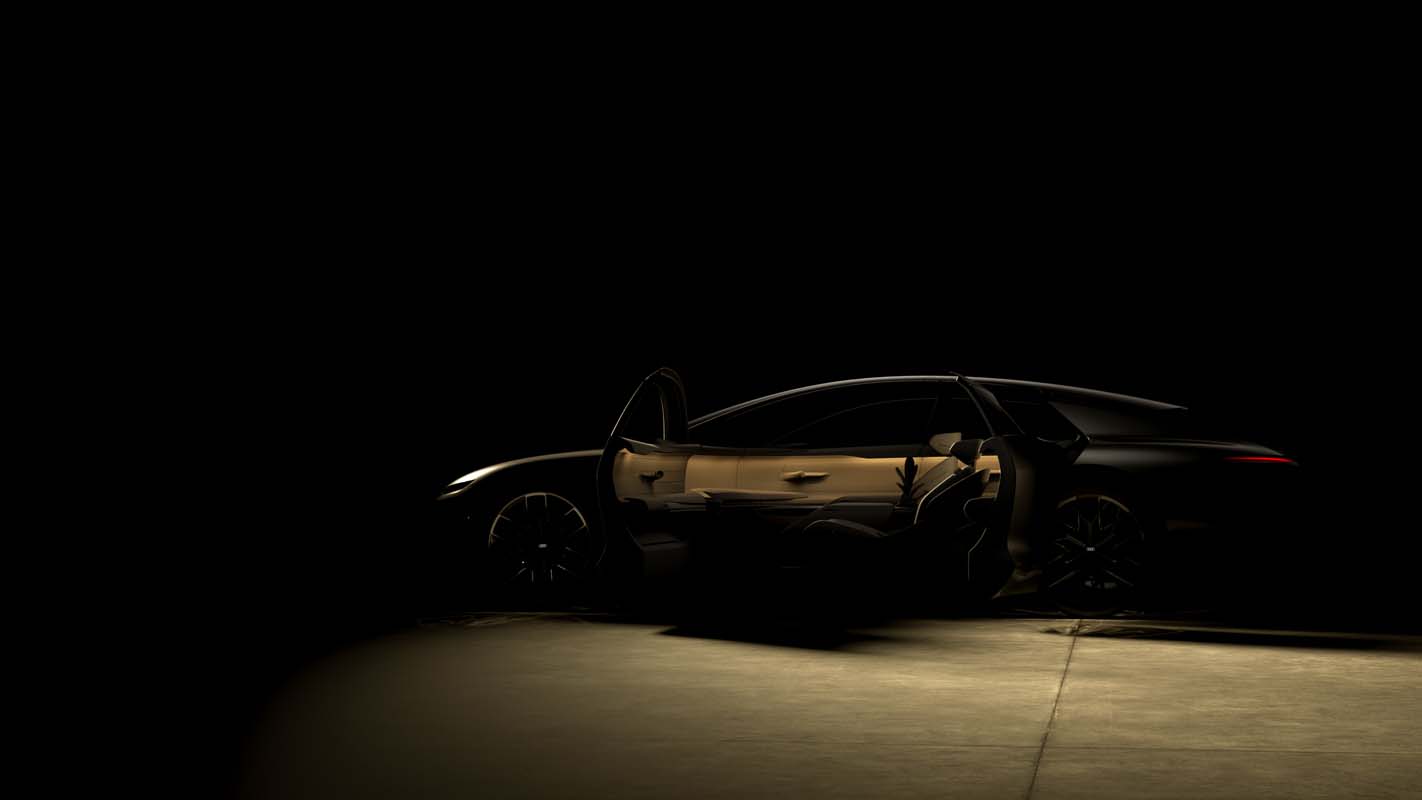 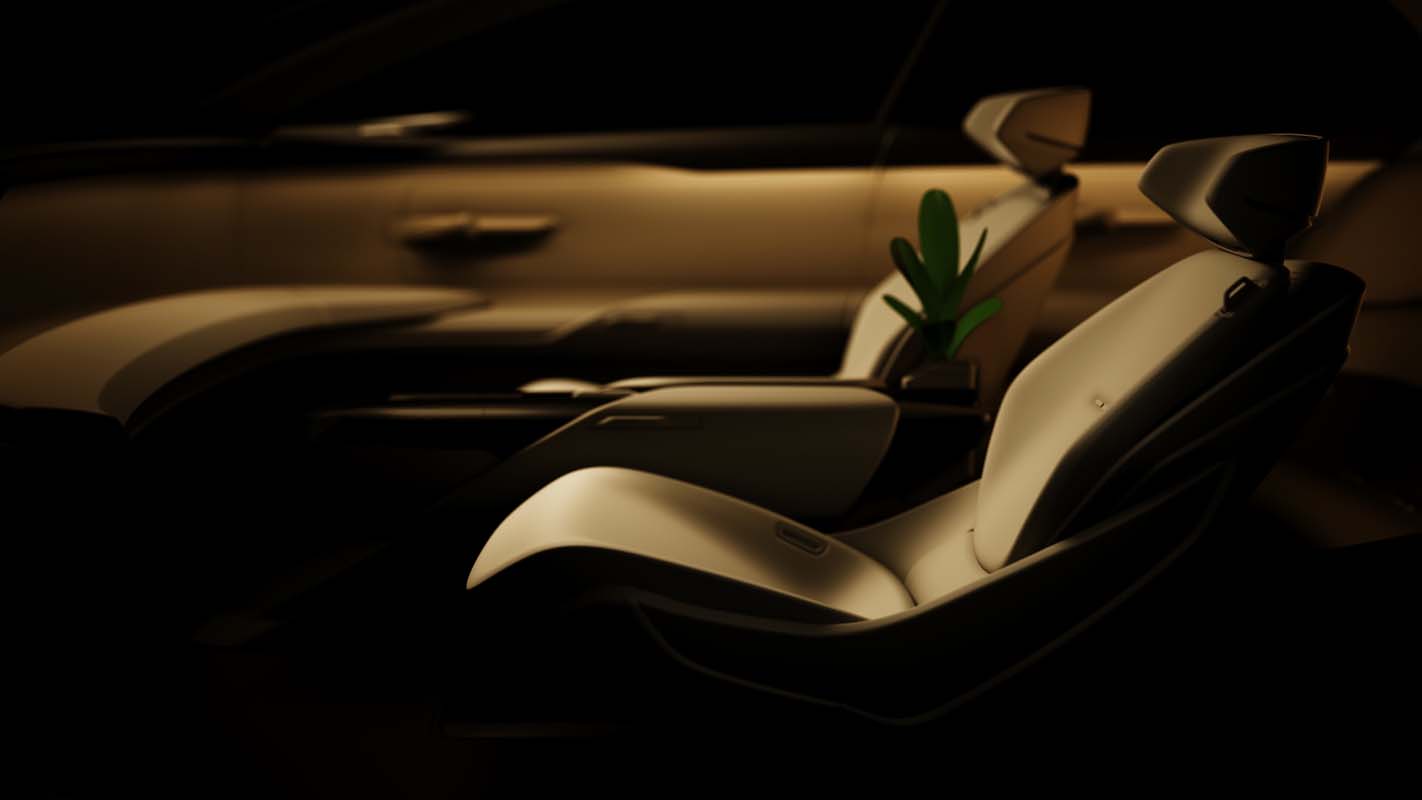 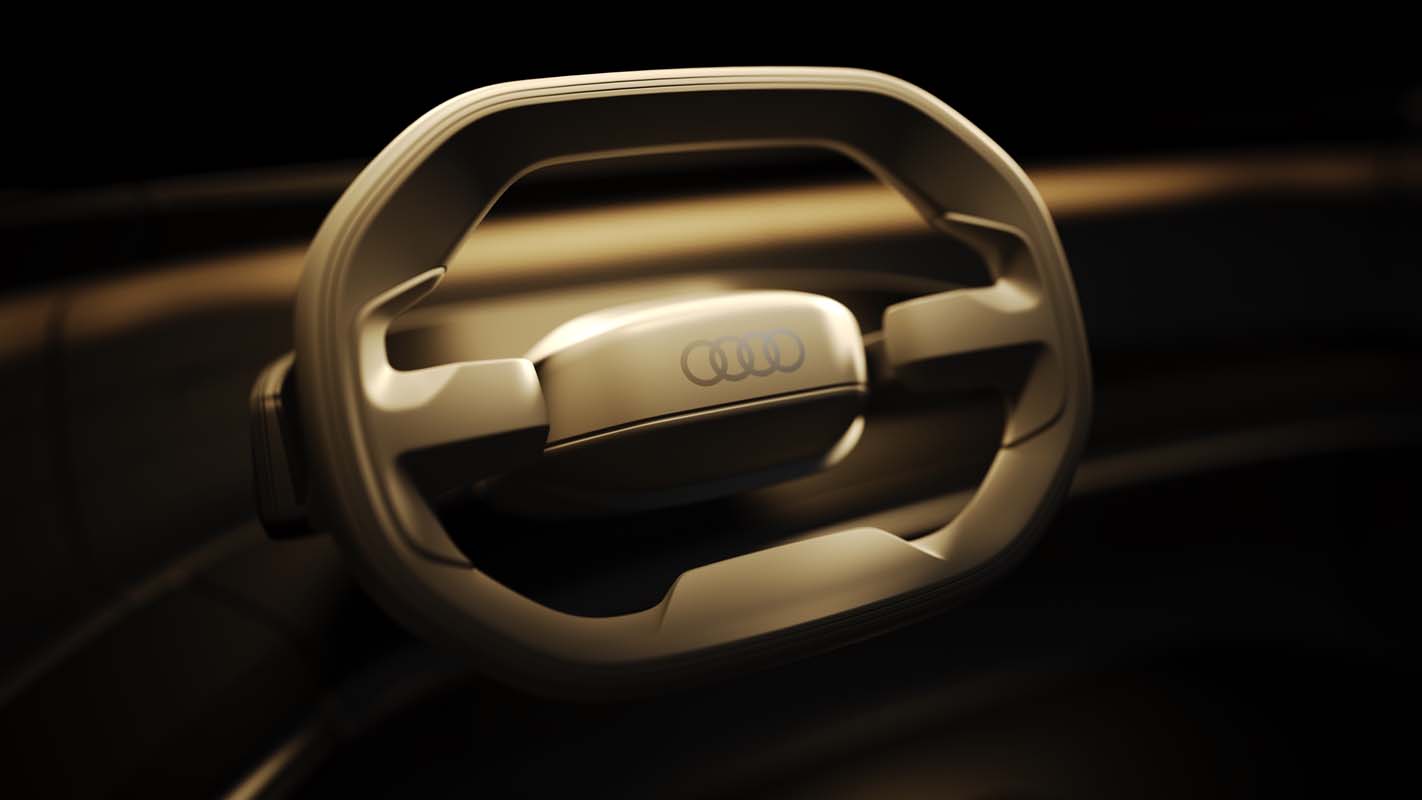 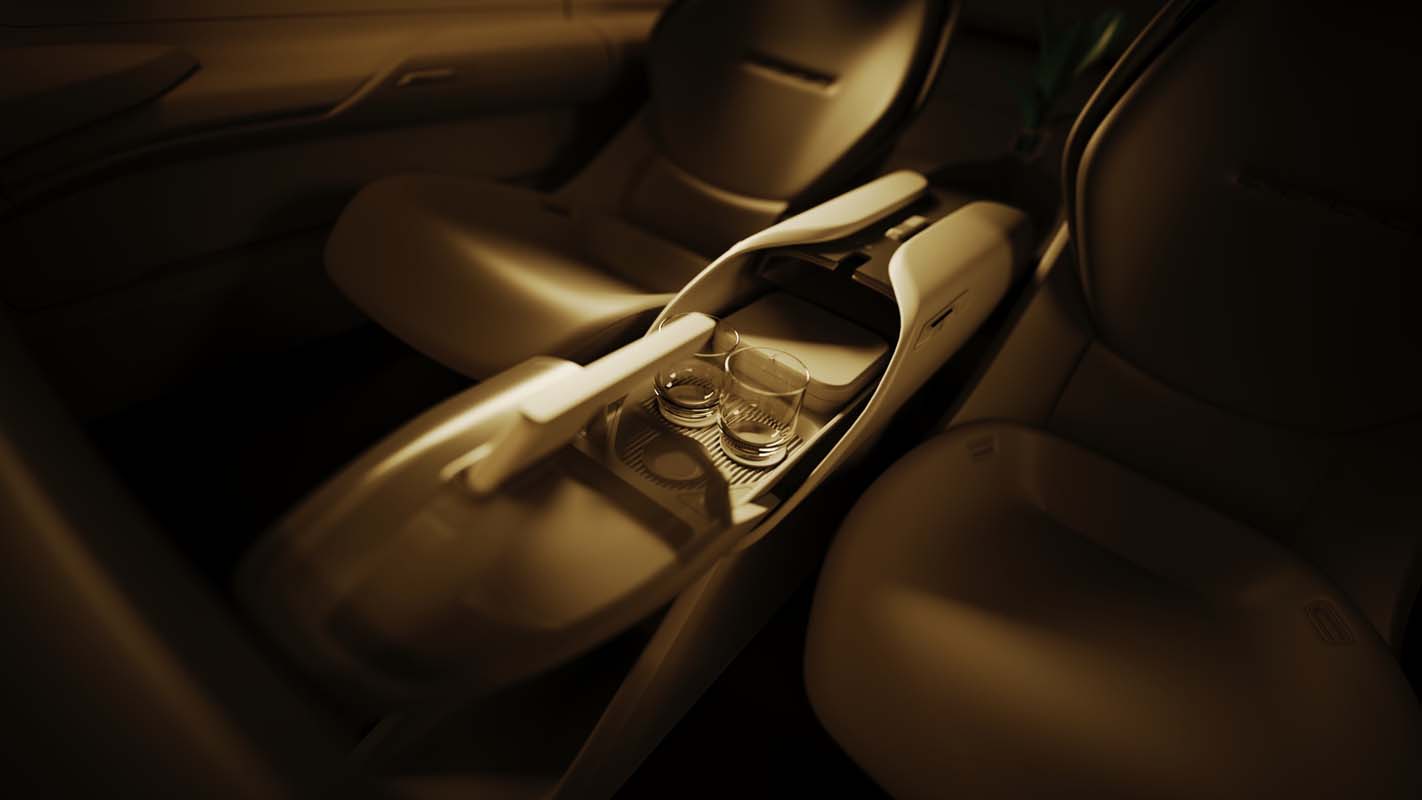