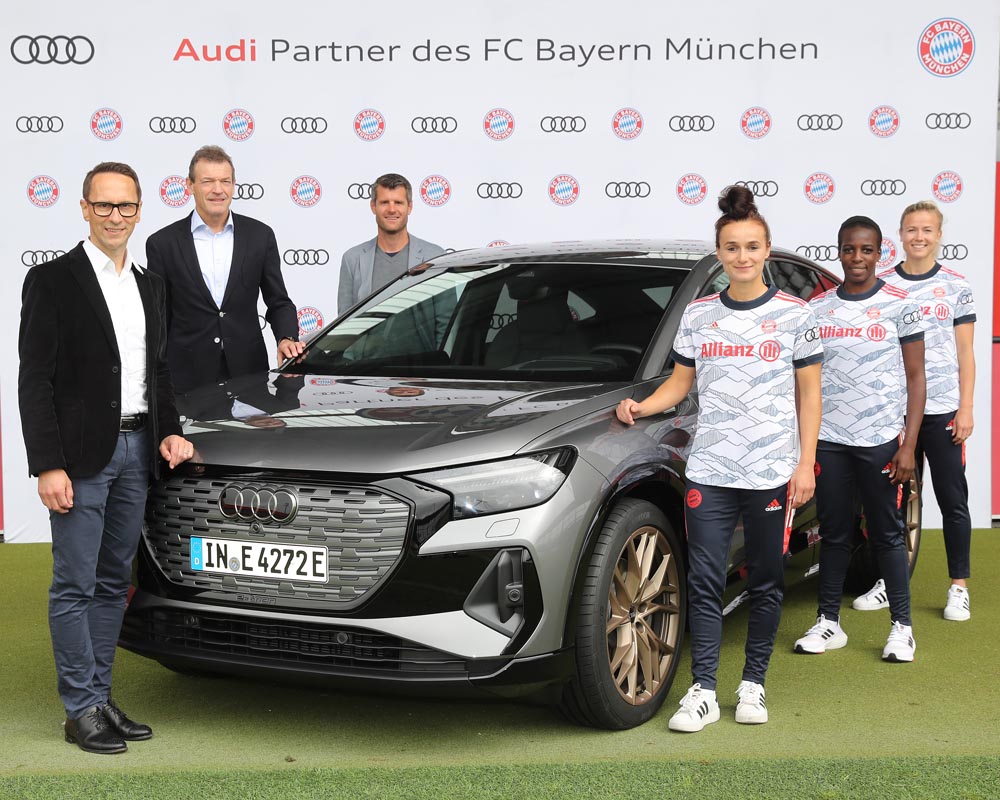 Performance and passion are what both Audi and the FC Bayern München women’s soccer team stand for. And this is what the new partnership between the brand with the four rings and the FCB women’s team expresses. During the Champions League match on October 14 against BK Häcken, the players will be wearing the Audi logo on their home turf in Munich.

From “FC Bayern men” to “FC Bayern soccer” – Audi and FC Bayern have been partners since 2002. Effective immediately, the brand with the four rings is also sponsoring FC Bayern’s women’s soccer team. In DFB Cup and Champions League matches, the FCB women will wear the four rings on their sleeves from now on. Audi also already has a presence at the FC Bayern Campus, where the women’s team plays, and also sees some extremely interesting opportunities for communications and interactions with some fantastic individuals who are the perfect embodiment of the brand’s qualities. “FC Bayern Munich’s female soccer players are outstanding athletes and formidable personalities. The collaboration is an inspiration for Audi and enriches our successful partnership with the club,” said Hildegard Wortmann, Member of the Board of Management for Sales and Marketing at AUDI AG. “We are delighted that Audi is now supporting the entire FC Bayern family as a partner. Women’s soccer is experiencing rapid growth overall, and we are also setting national and international standards with our FC Bayern women as German champions. Audi’s commitment to our women’s soccer team as a partner confirms the tremendous development of this squad over the years and is clear evidence of the enormous potential in this area,” said a delighted Andreas Jung, Executive Board Member responsible for marketing at FC Bayern.

International debut of what will be a long partnership

The women’s soccer department at FC Bayern Munich, founded on June 7,1970, is one of the most successful clubs in the division, winning its first German championship as early as 1976. In 2012, the Munich-based women’s team won the FA Cup and were also winners of three other German championships in 2015, 2016, and, most recently, in 2021. Audi has backed Germany’s most successful soccer club since 2002, and the brand with the four rings has also been a shareholder in FC Bayern München AG since 2011. On October 5, the women of FC Bayern kicked off the UEFA Women’s Champions League with their first appearance wearing the Audi logo on their jerseys against Benfica Lisbon at the Benfica Campus in the Portuguese capital.

The home debut will take place on October 14 at the FC Bayern Campus in Munich against the Swedish club BK Häcken from Gothenburg. 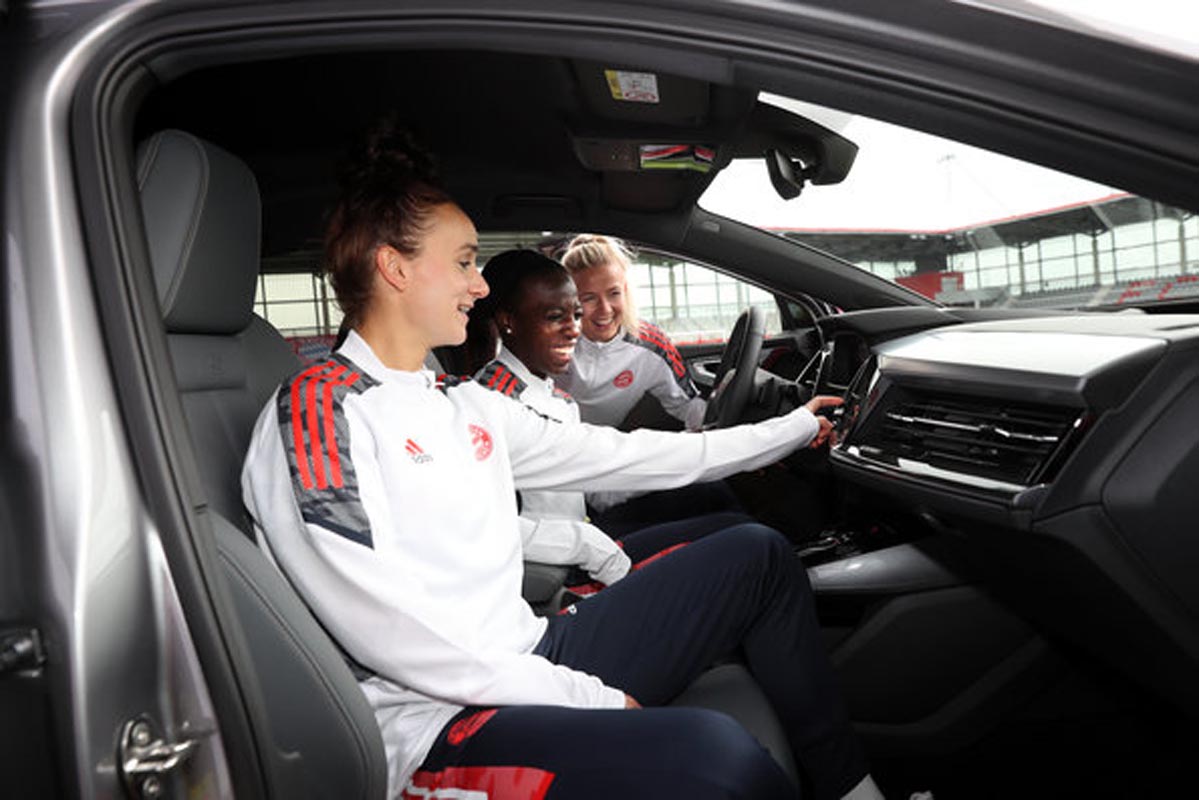 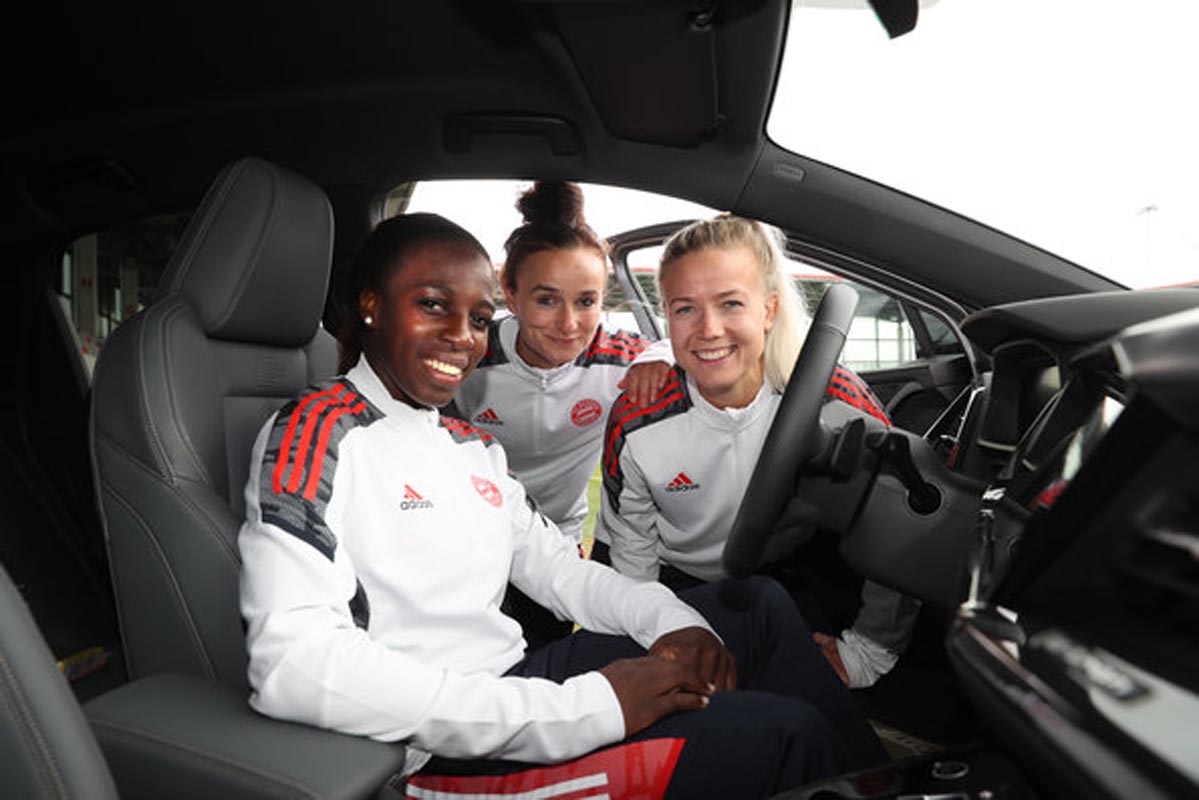 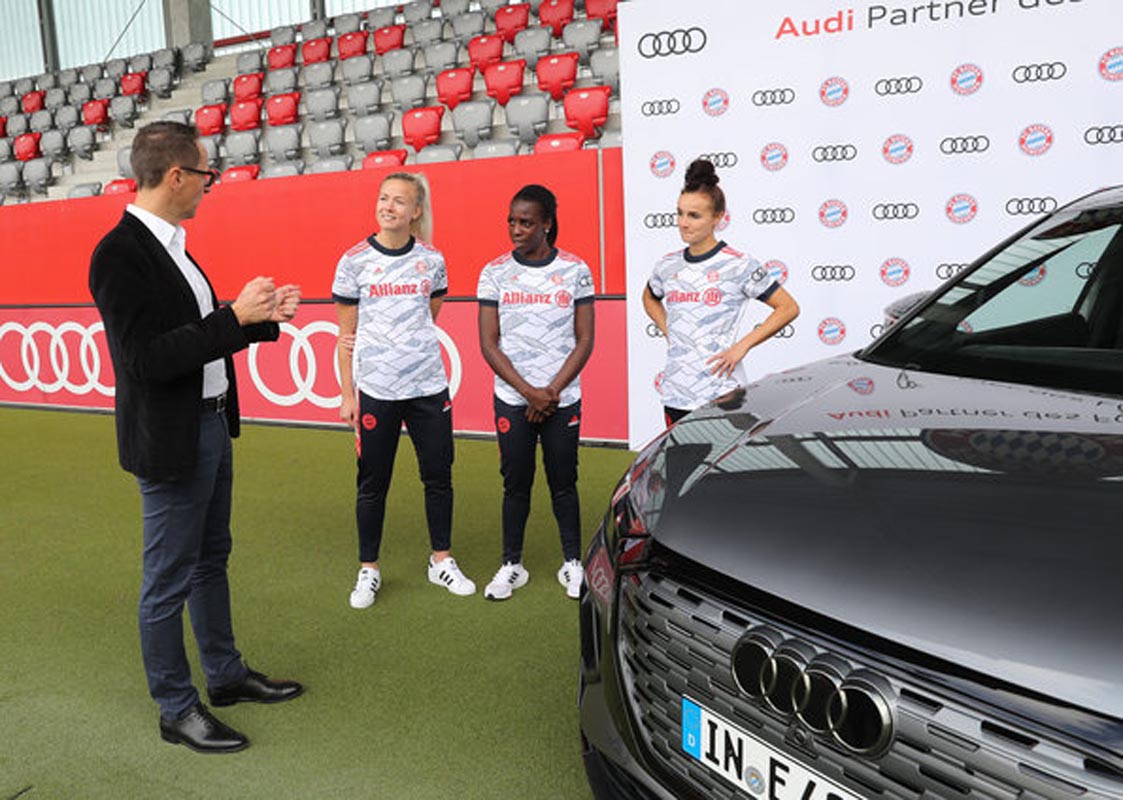 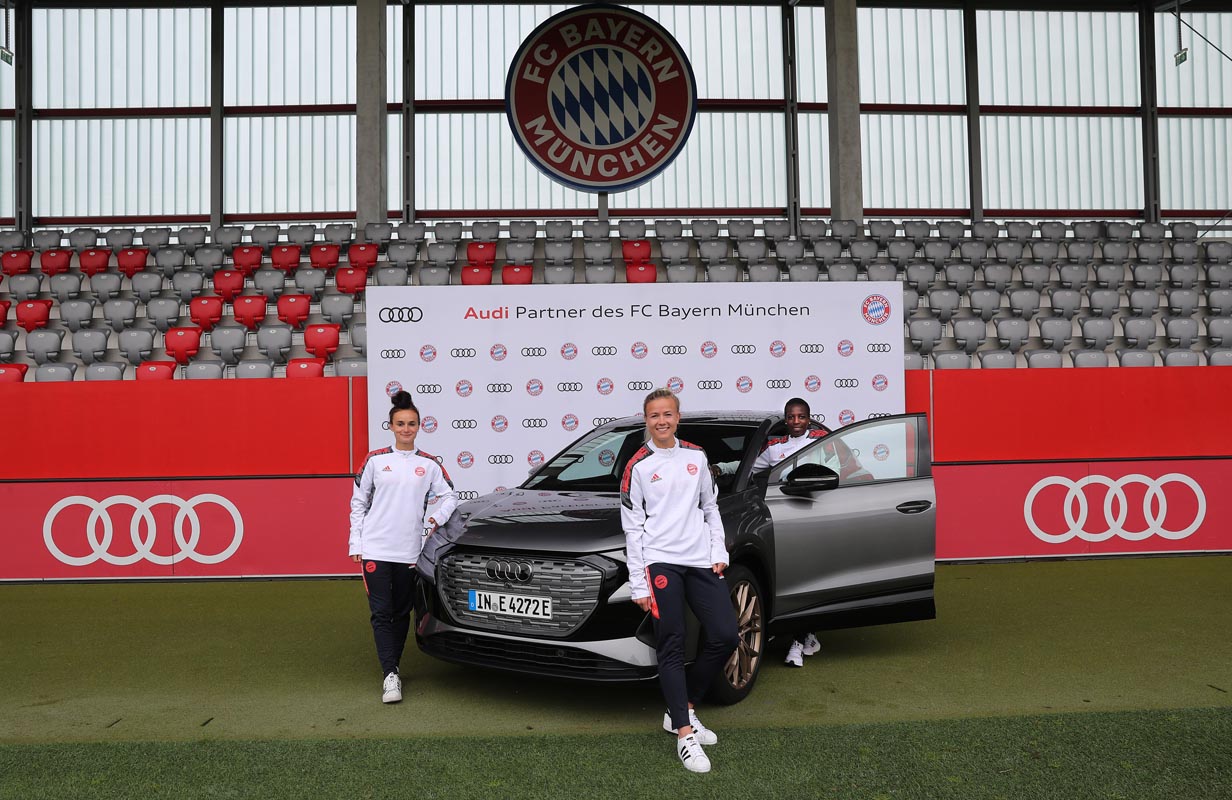