30 Years Of The Bugatti EB 110, The First Super Sports Car Of The Modern Era

Dramatic styling, scissor doors, and a whole lot of power – the grand unveiling of the Bugatti EB 110 on September 15, 1991, marked the beginning of a new era, the age of the super sports car. Some 2,000 guests were invited to the presentation in Paris, among them big names from the worlds of film, sport, and current affairs. One Bugatti EB 110s drove down the Champs Élysées on what was the 110th anniversary of Ettore Bugatti’s birth as a bow to one of the most brilliant design engineers in automotive history.

With the EB 110, Bugatti combined a powerful V12 engine, four turbochargers with intercoolers, an ultra-lightweight carbon monocoque, all-wheel drive, and two differentials for the first time. The EB 110 was entirely in a league of its own.

“With the EB 110, Bugatti developed a completely innovative super sports car 30 years ago that was pioneering not only for the brand, but also for the automotive industry,” says Stephan Winkelmann, President of Bugatti. “Already 30 years ago, the technology, innovations, design, and handling were years ahead of the competition. At the same time, the EB 110 established the DNA of modern Bugatti hyper sports cars with its combination of a carbon monocoque, all-wheel drive, and four turbochargers.”

Weighing a mere 125 kilograms, the carbon monocoque – manufactured by Aerospatiale – was a revolution in production car design, becoming the first road going model ever to make use of this advanced technology. Bugatti opted for aluminum, carbon, and aramid fiber-reinforced plastic for the aerodynamic and stylish bodywork, and all the screws were made from titanium, which is especially light and stable. Bugatti developed the engine anew, too. In accordance with the Formula 1 regulations of that time, the engineers developed a 3.5-liter V12 engine with four turbochargers and five valves per combustion chamber, making 60 valves in total. With maximum revs of 8,250 rpm, it was especially high-revving. 15 liters of oil in the dry sump lubrication system offer sufficient engine lubrication and a good temperature balance. Strong acceleration is delivered among other things by the four turbochargers with boost pressure of between 1.05 and 1.2 bar. Depending on the model, these also deliver power of between 560 and 610 PS – simply unmatched 30 years ago, and impressive even today.

To ensure that the immense power translates directly to propulsion rather than wheelspin and burnt rubber, Bugatti developed all-wheel drive with an all-wheel viscous locking differential, a rear limited-slip differential, and a drive torque split of 27:73 percent. 18-inch cast magnesium wheels with 245/40 ZR18 tires at the front and 325/30 ZR18 tires at the rear deliver the necessary grip. The driver can change between the six gears of the manual transmission directly, quickly, and precisely using a short lever. The rear wheels are fitted with Brembo brakes to ensure that the EB 110 can decelerate safely even from its top speed. A rear spoiler emerges automatically for greater downforce and more dynamic handling at high speeds.

Many world records for the Bugatti EB 110

30 years ago, this technical composition was a sensation. The EB 110 accelerates from 0 to 100 km/h in just 3.26 seconds in its quickest form, making it the fastest production automobile of its time. It can hit a top speed of 351 km/h, which again was a world record for a production sports car. And it’s not just the performance figures that were revolutionary – so too was the vehicle handling. Thanks to its all-wheel drive, the EB 110 handles predictably, harmoniously, and safely in spite of its immense power.

It boasts a whole range of advanced equipment, too – something which was not a given among its contemporaries: power steering, electric seat adjustment, air conditioning, a high-quality sound system, and central locking. The passengers can enjoy sophisticated materials as if they were in a luxury limousine, like leather from the Italian furniture maker Poltrona Frau. The doors swing up high for easy entry.

Bugatti’s second era began at the end of the 1980s when the Italian automobile importer Romano Artioli revived the long-standing brand which was founded in 1909, but which had lain dormant since the early 1960s. In 1987, he bought the trademark rights and became Chair of Bugatti Automobili S.p.A. He went in search of a suitable production site and found what he was looking for near to Modena in Campogalliano, northern Italy’s automobile mecca. He figured he would find globally renowned engineers, designers, developers, and mechanics in the vicinity of Italy’s biggest sports car brands. And he was right. Soon after, hundreds of new employees started working at a heavily branded, highly modern production facility which was designed by a star architect and which boasted state-of-the-art technology. The “Fabbrica Blu,” the blue building for the Development department that sports the Bugatti emblem and the large white ventilation ducts, symbolizes the heart of the factory.

Bugatti offered Coupé as an EB 110 GT (Gran Turismo) and, shortly after, also as a lighter and more powerful EB 110 S (Sport Stradale and later SS) version. Bugatti set four world records with the EB 110 – for the fastest acceleration, the fastest production sports car, the fastest sports car run on natural gas, and the fastest production vehicle. However, the market for super sports cars collapsed in the early 1990s, demand dwindled, and the production plant closed again four years later. Some 95 EB 110s and 39 EB 110 Super Sport vehicles were produced at the factory up to 1995, making a total of approximately 134, including prototypes, two of which were official factory race cars with 670 PS.

The GT super sports car cost at least 450 million lira including servicing and parts for the first three years, while the price of the Super Sport version started at 550 million lira. The prices of the now historical vehicles have increased significantly in recent years, from around 280,000 euros in 2011 to close to three million US dollars, as was recently achieved at an RM Sotheby’s auction in Monterey.

Bugatti returned to Molsheim in Alsace in 1998, where Ettore Bugatti constructed his first automobile under his own name in 1909. The atelier there has been producing one-of-a-kind hyper sports cars with the iconic W16 engine, four turbochargers, a lightweight carbon monocoque, all-wheel drive, and a whole lot of power ever since. Every vehicle that leaves the French luxury brand’s headquarters for delivery to customers all over the world is unique. Just like 30 years ago. 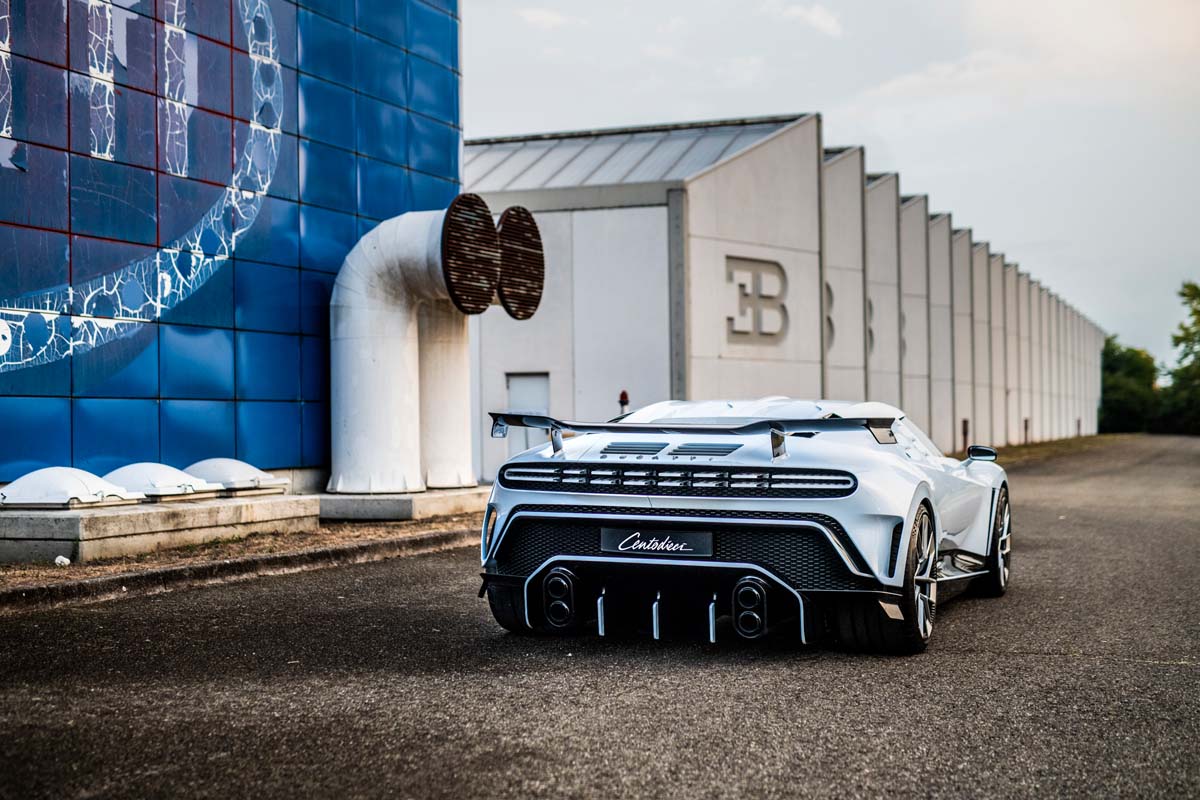 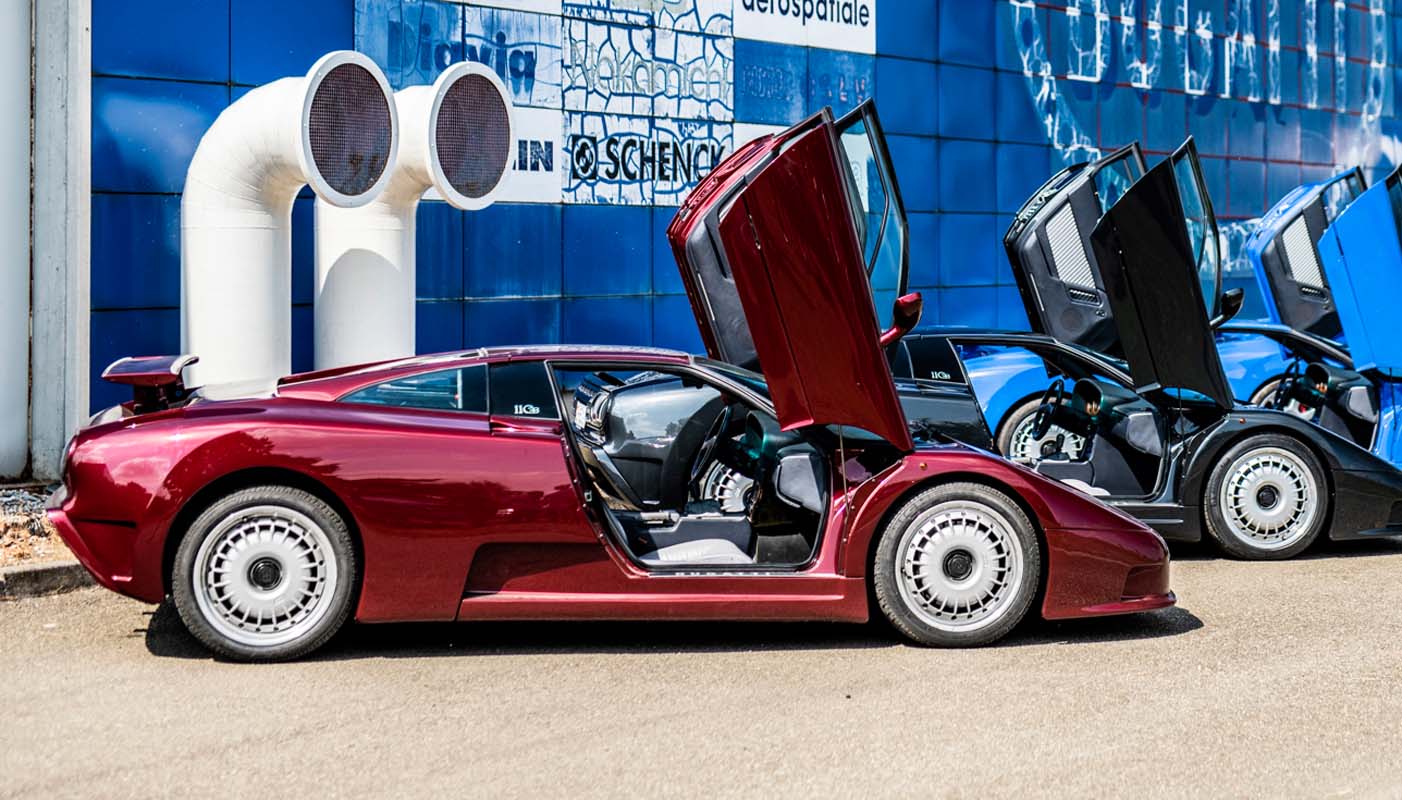 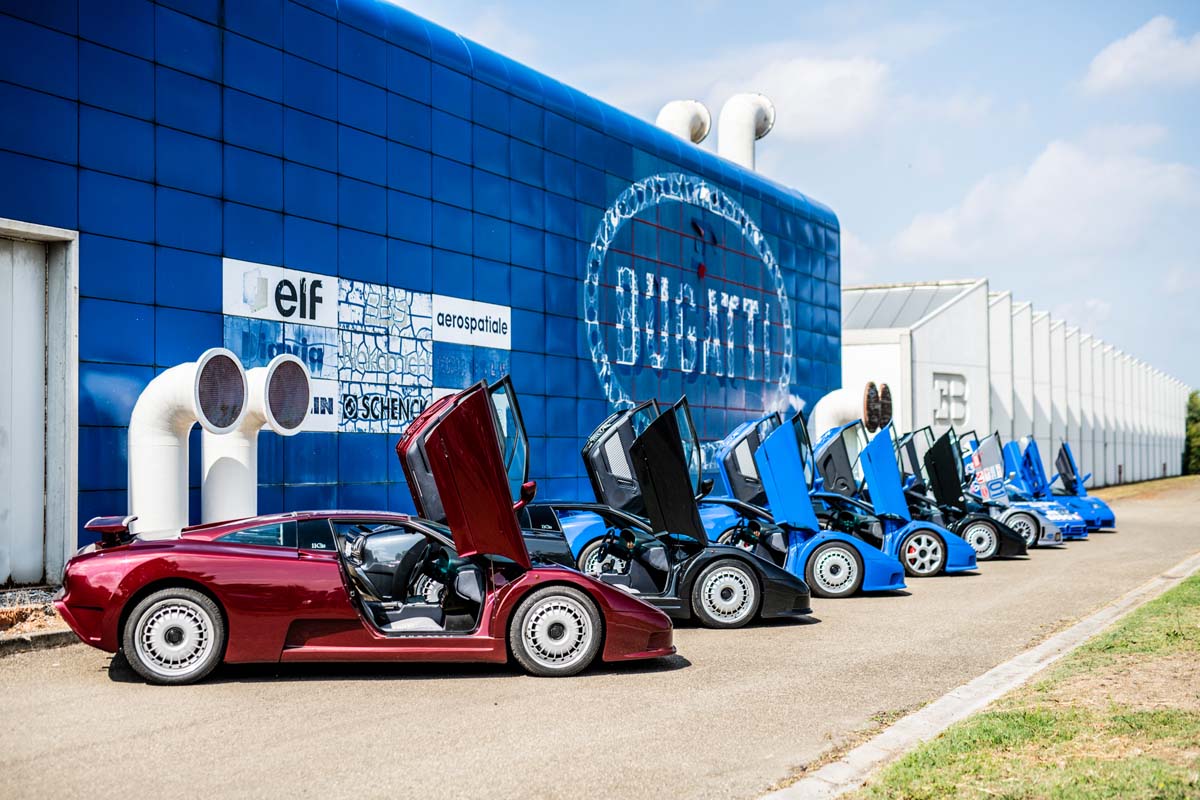 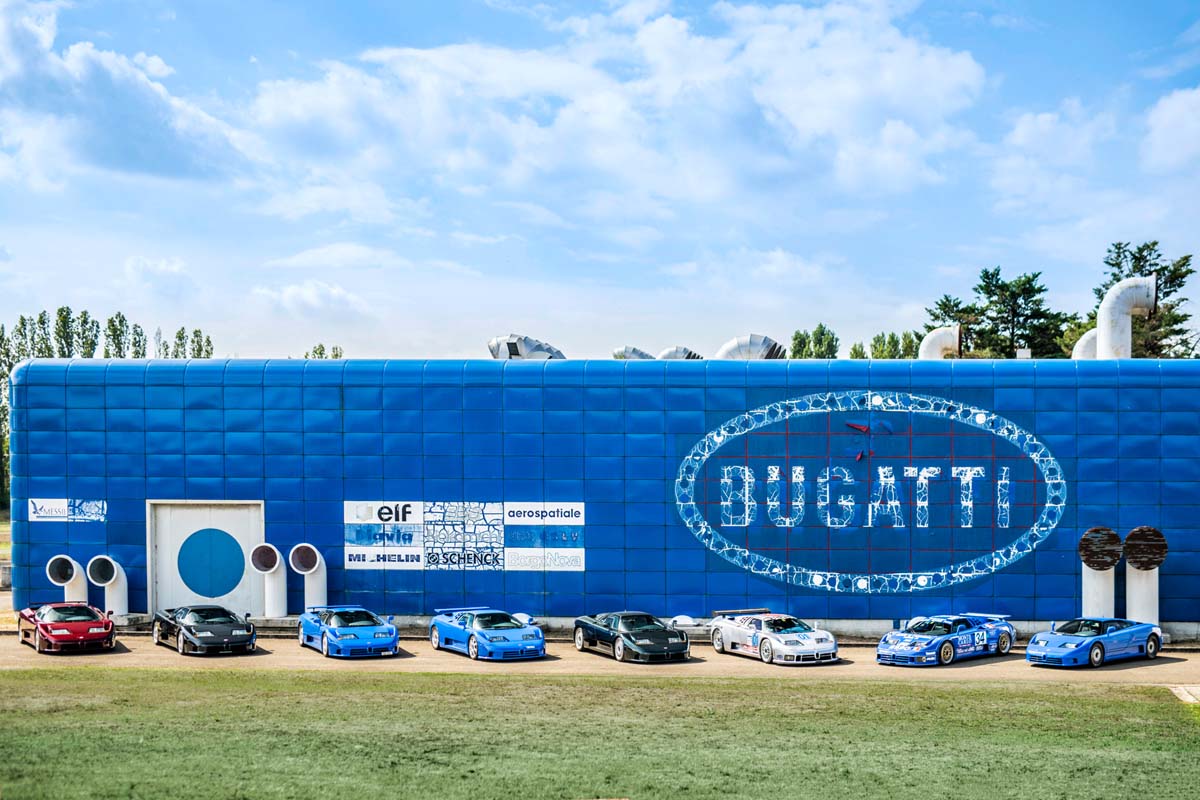 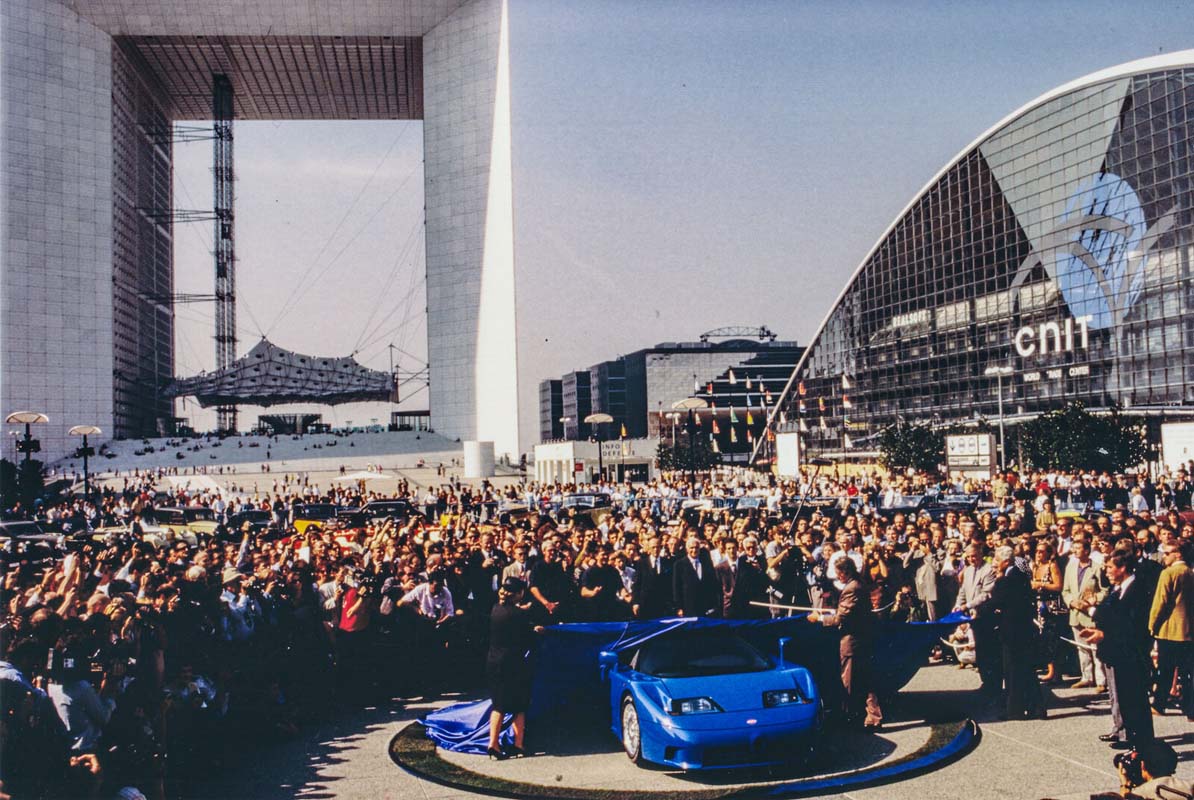 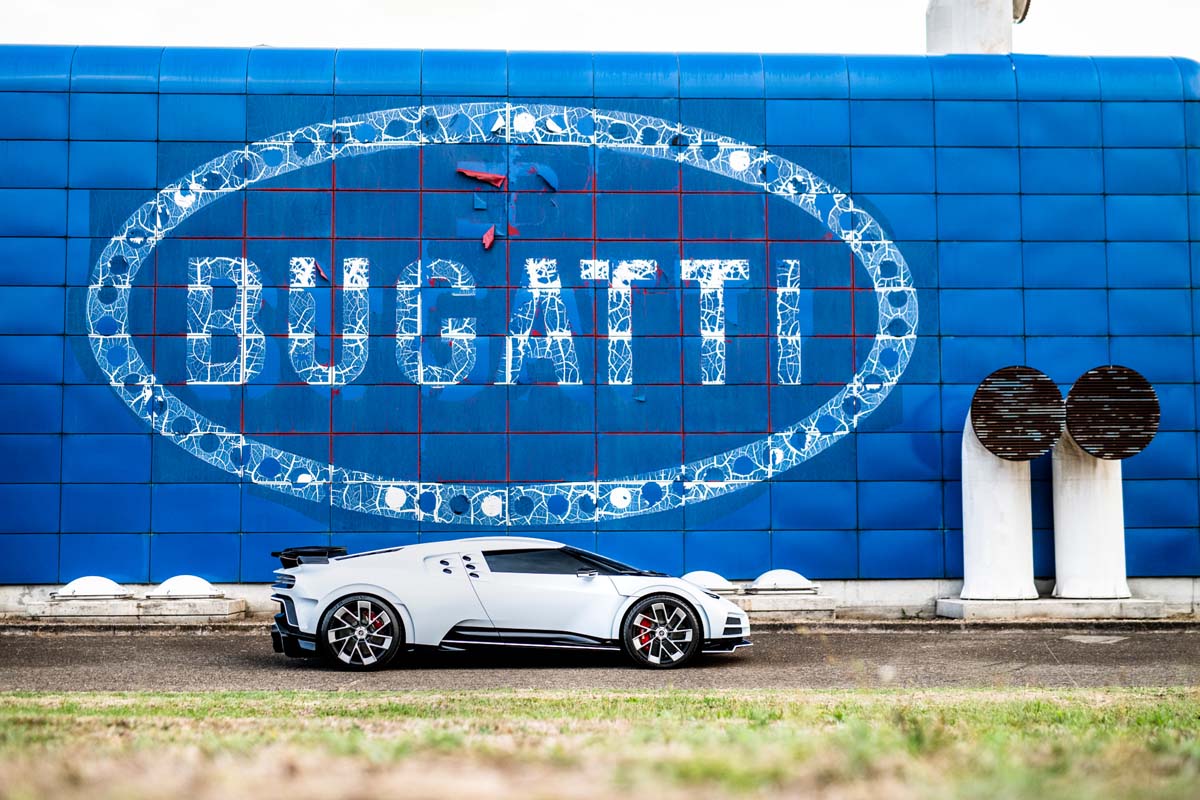 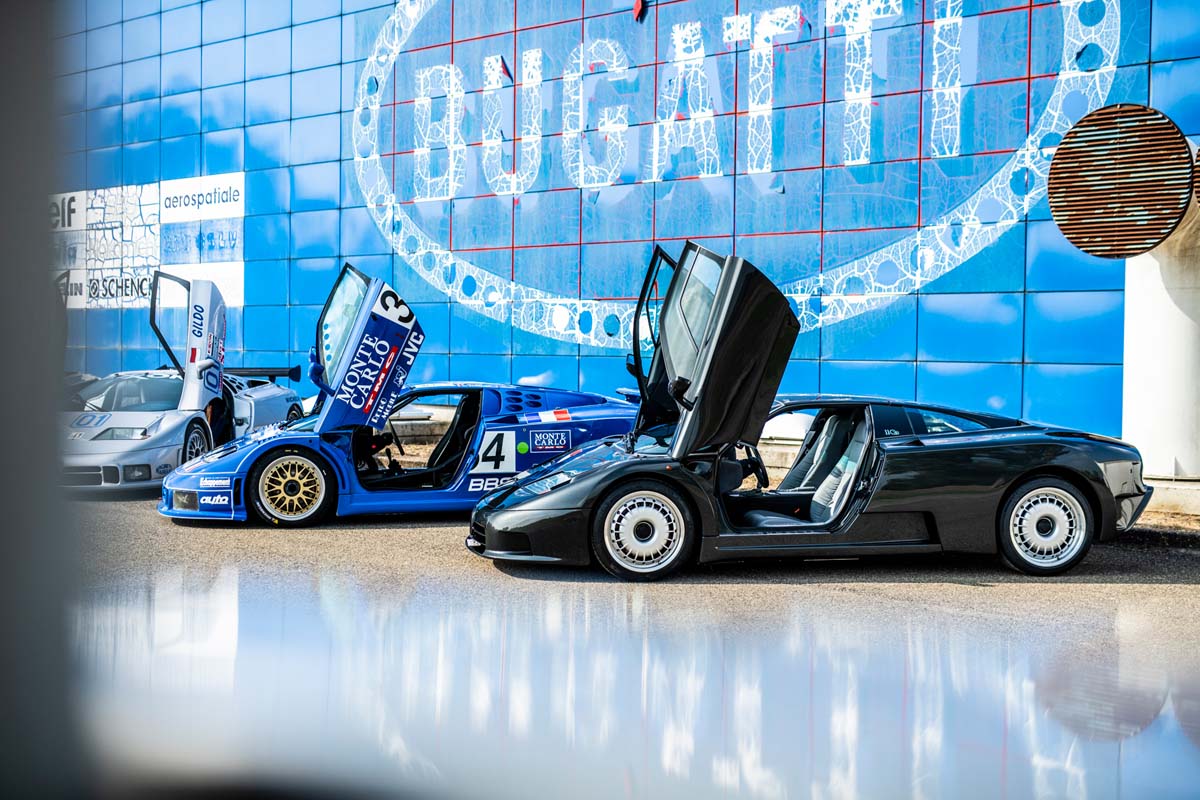 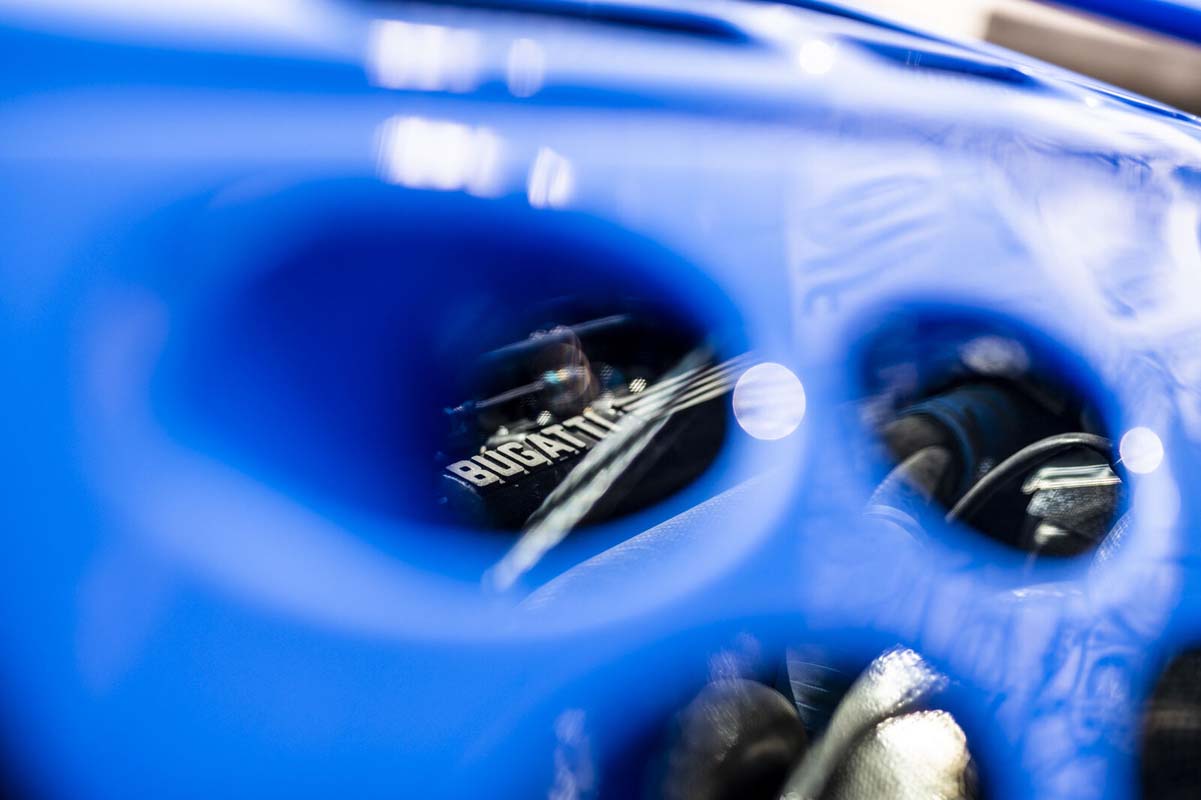 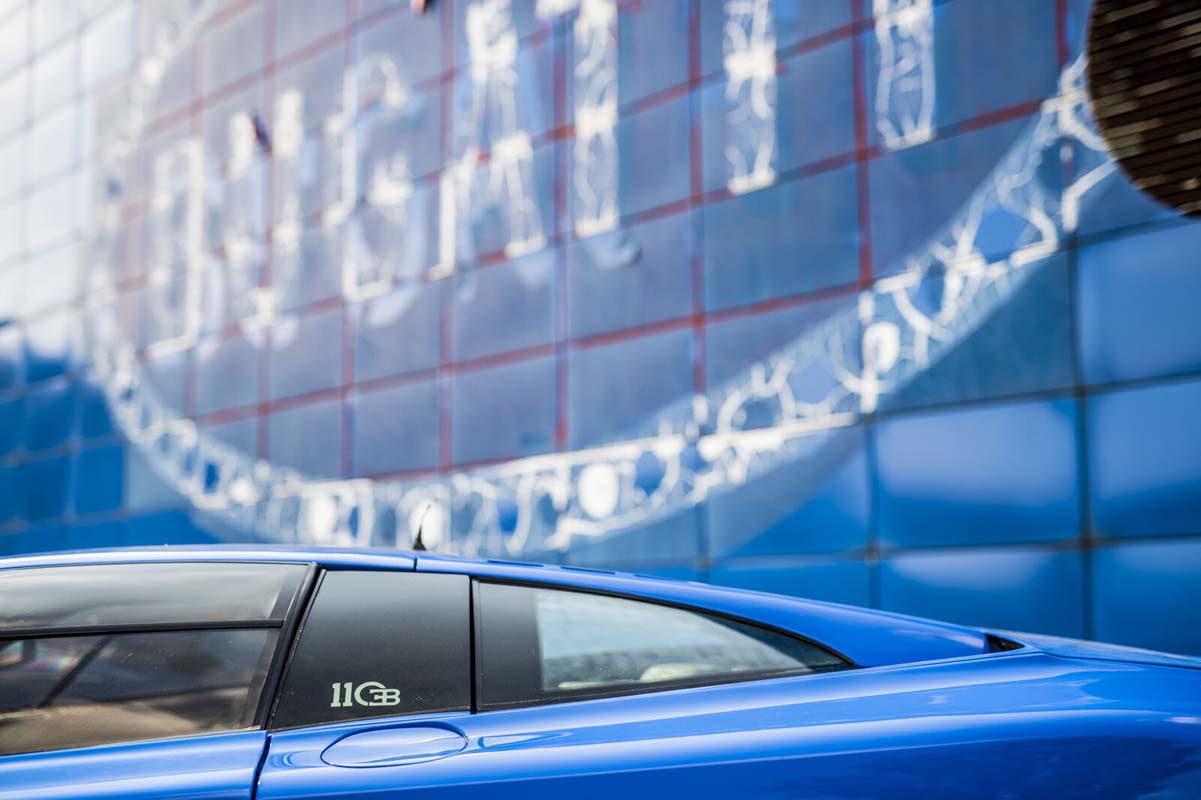 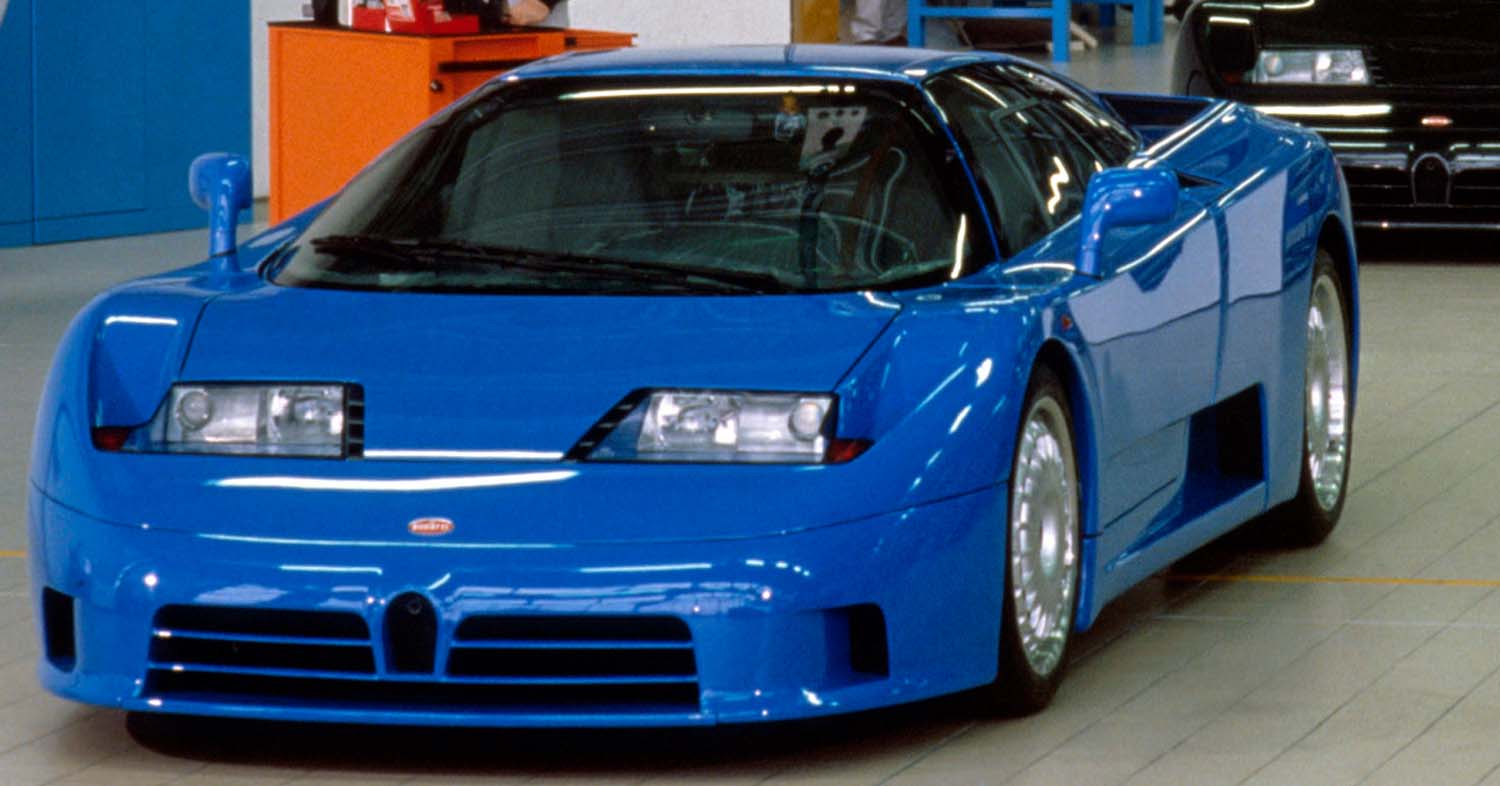 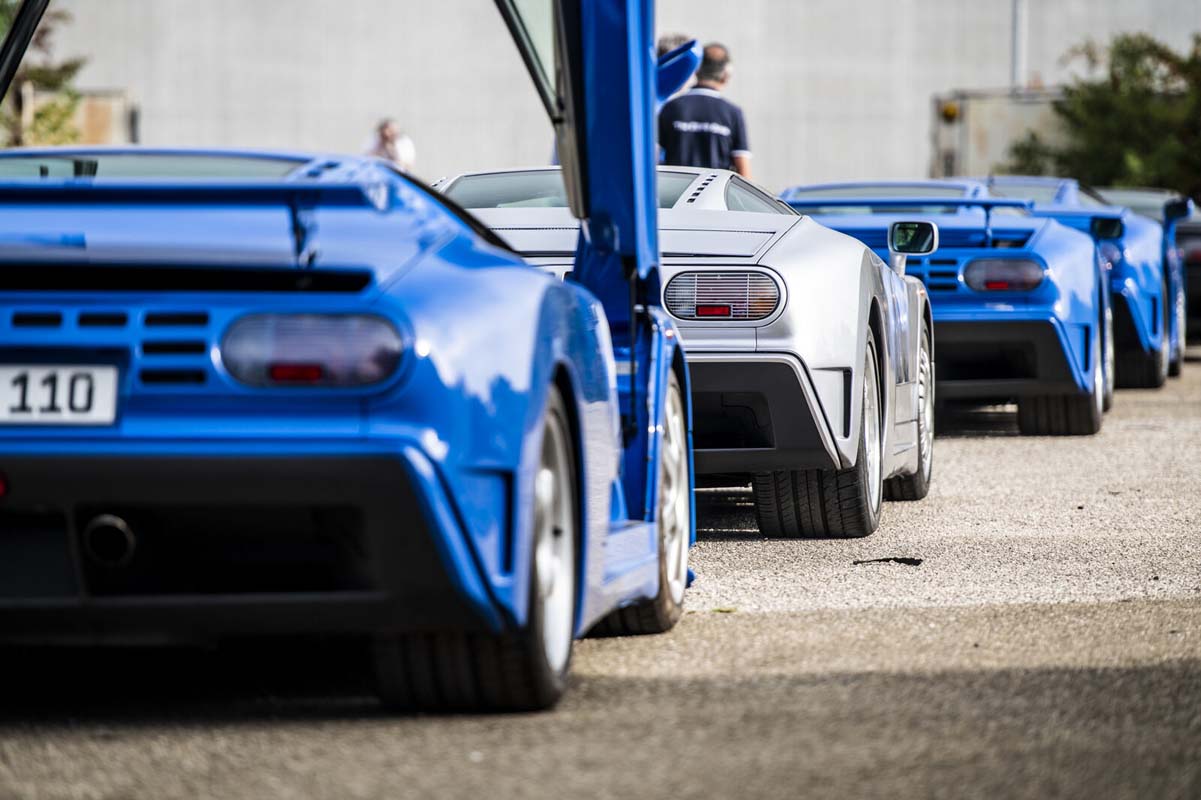 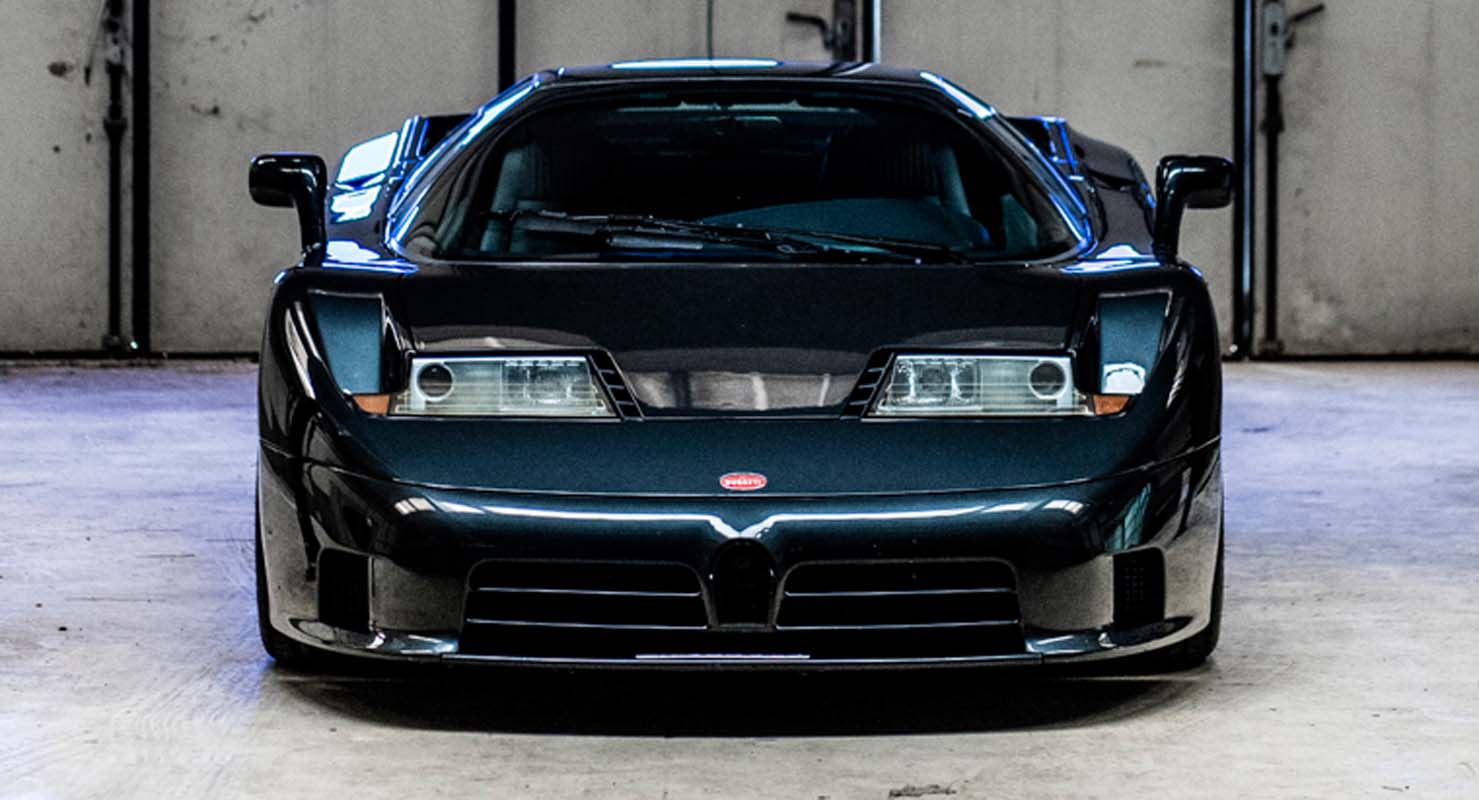 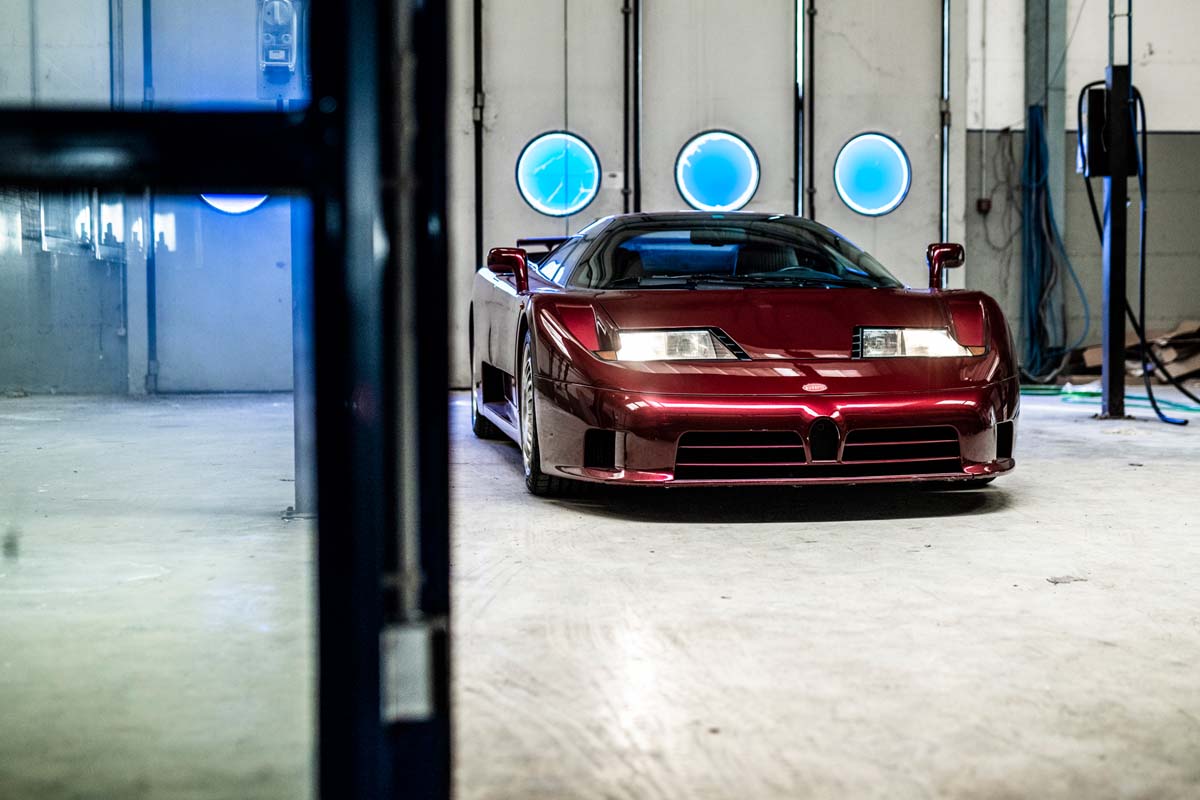 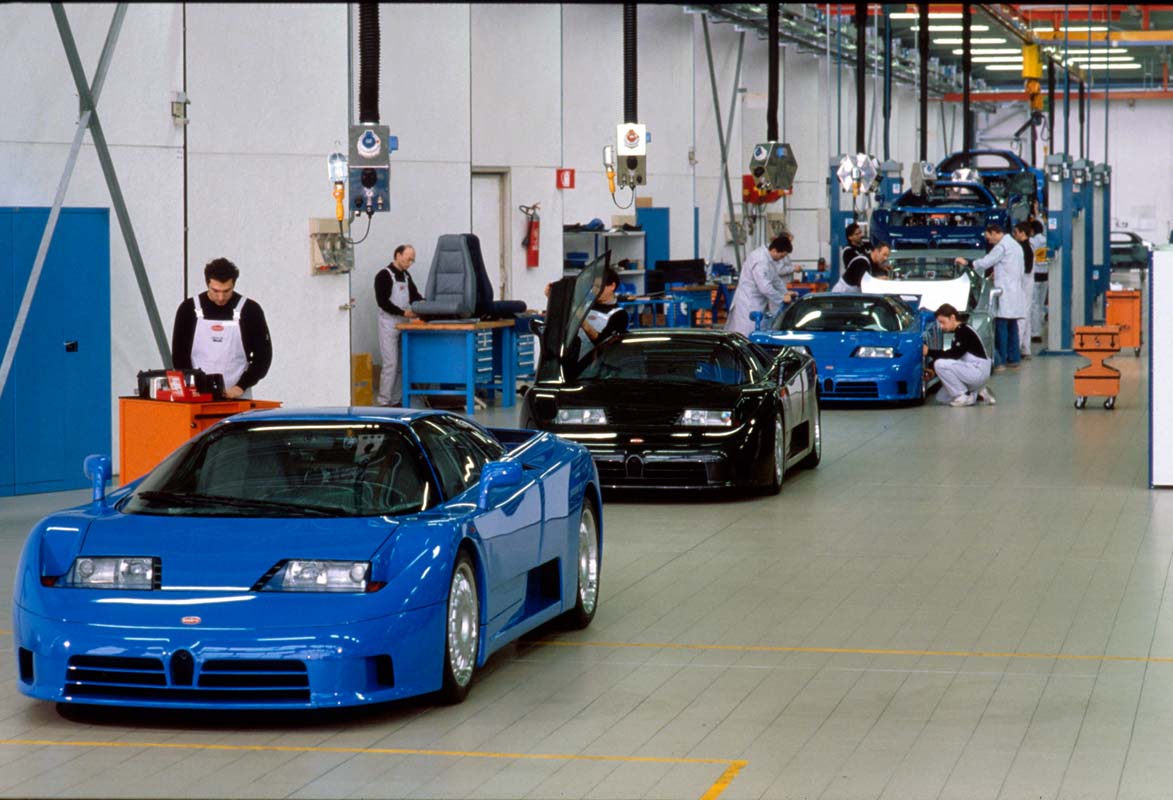 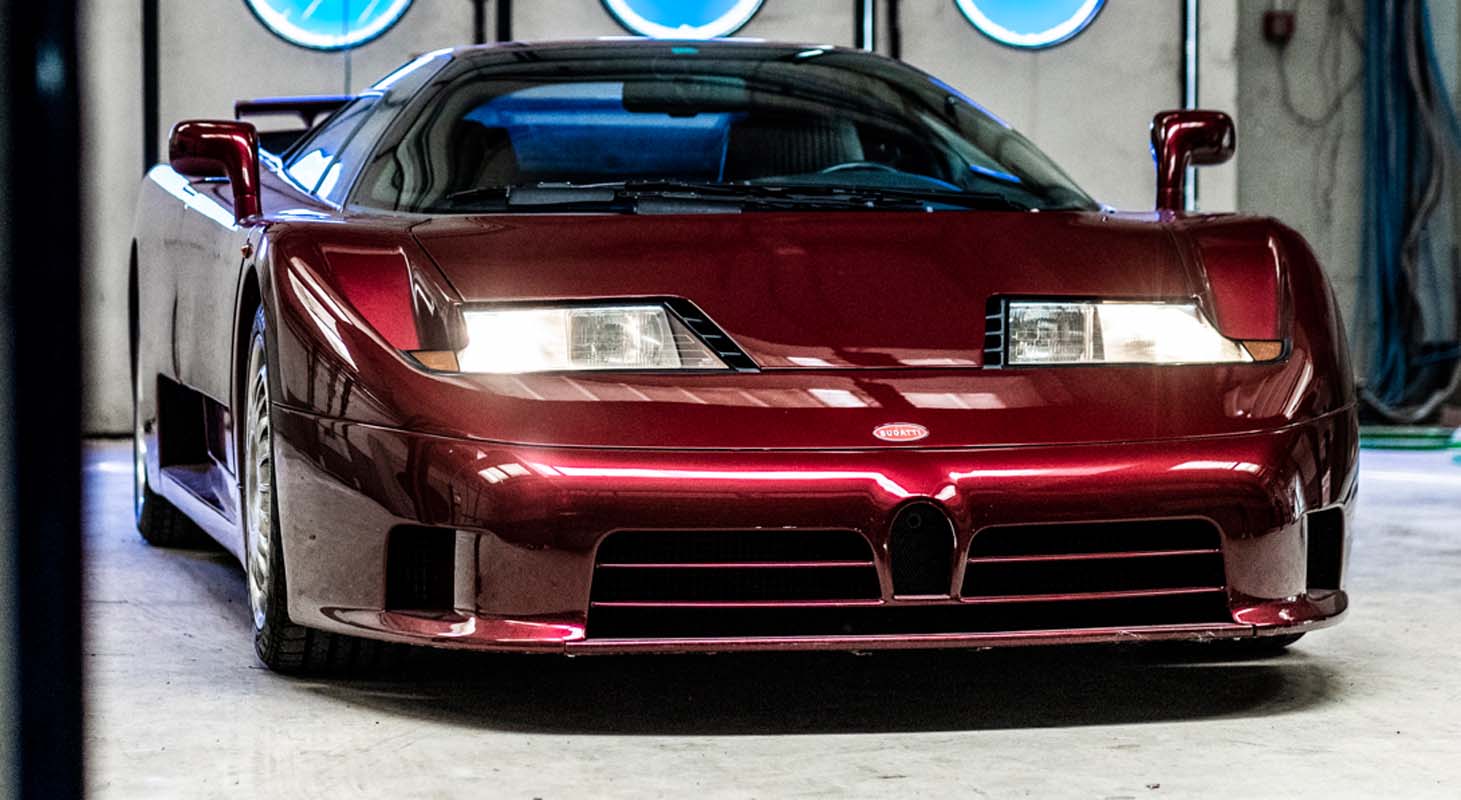 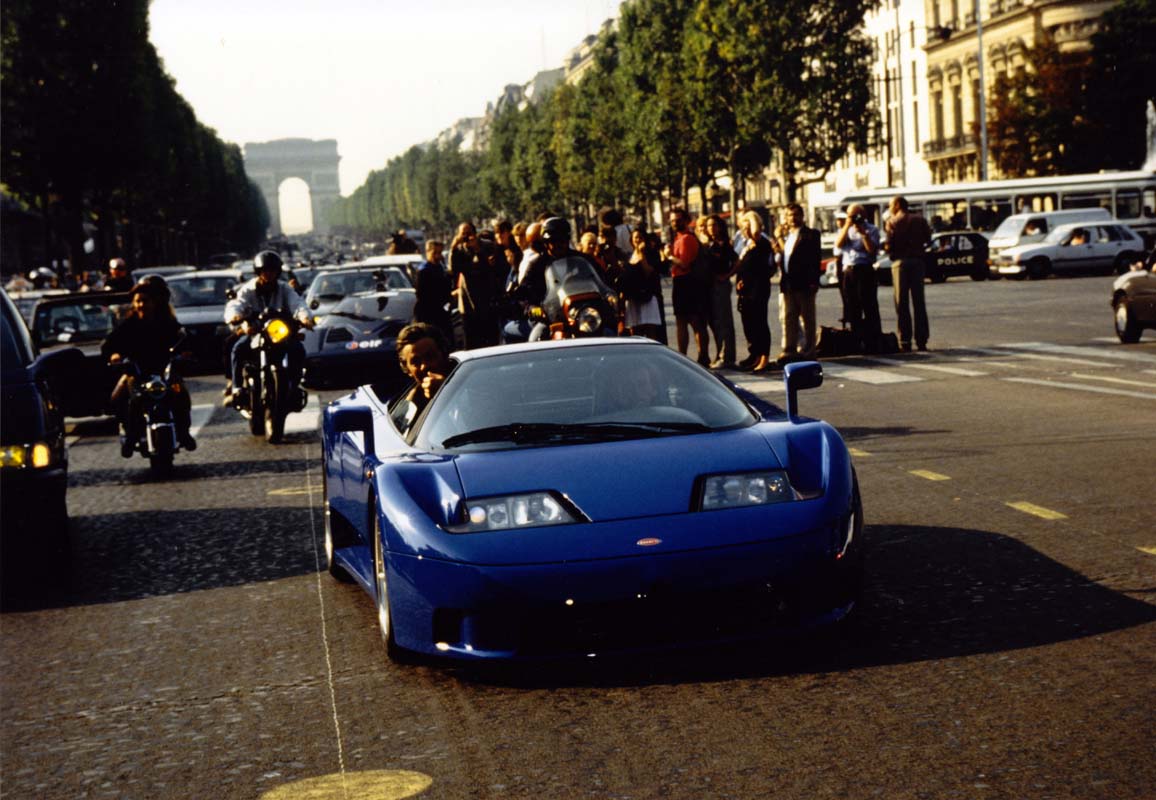 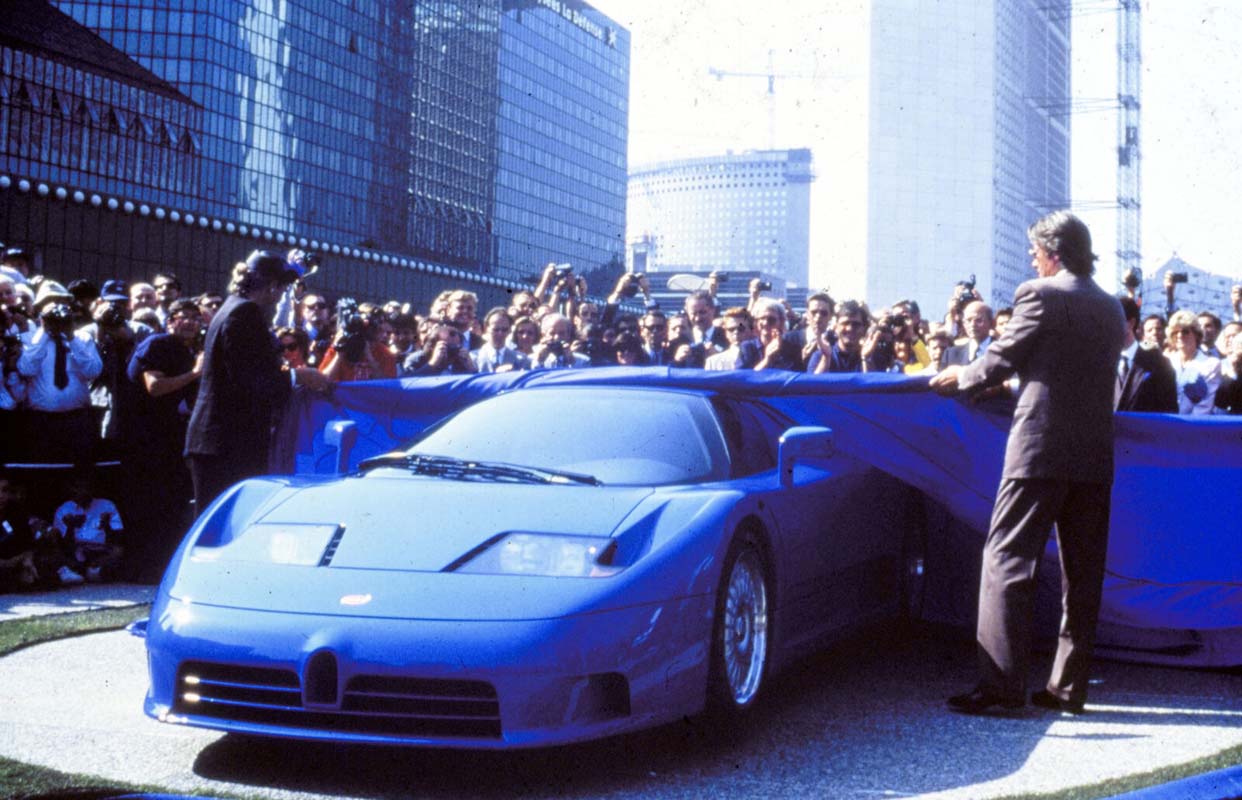 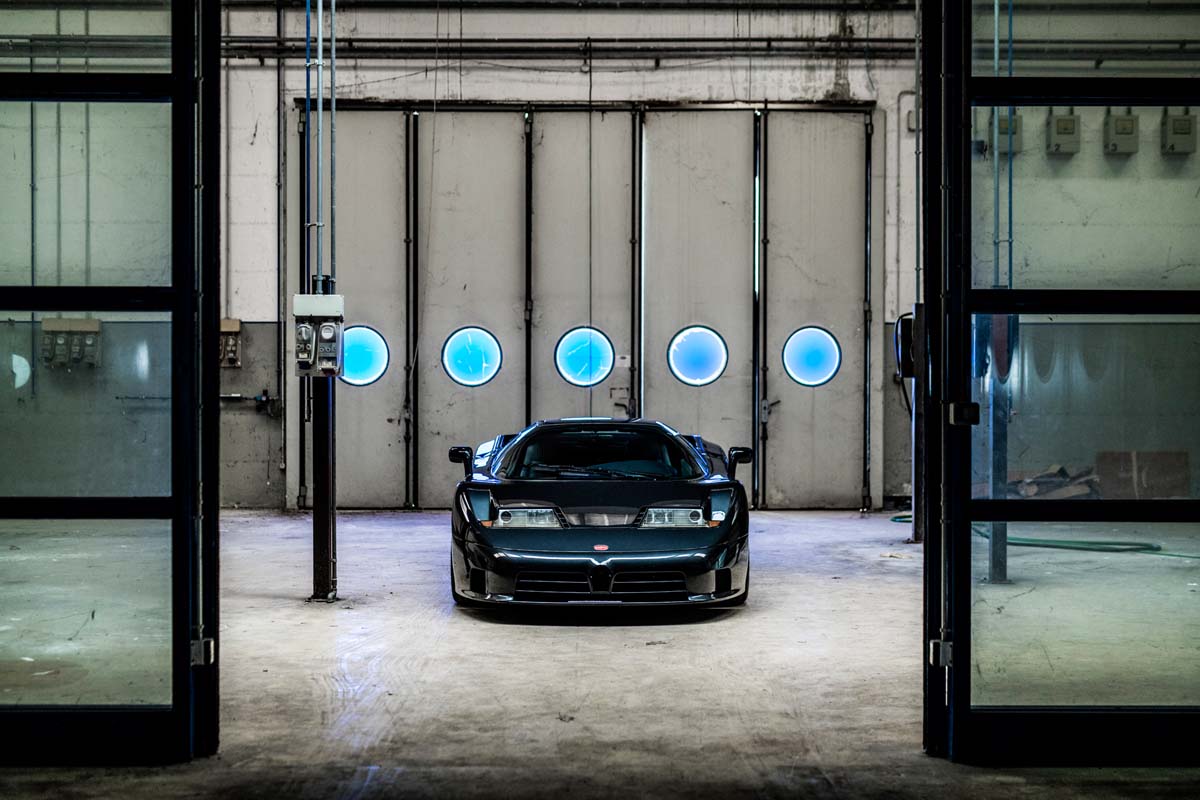 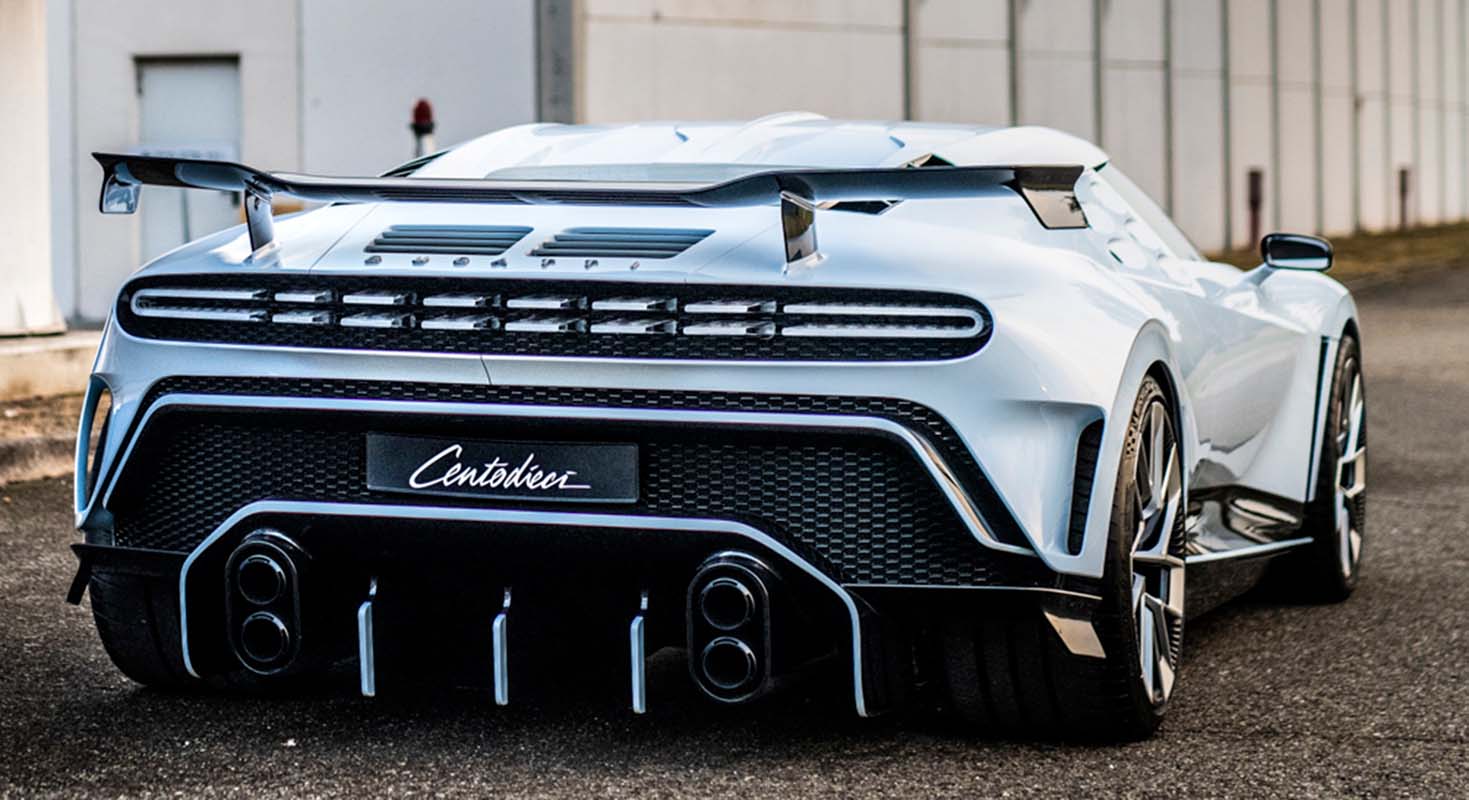 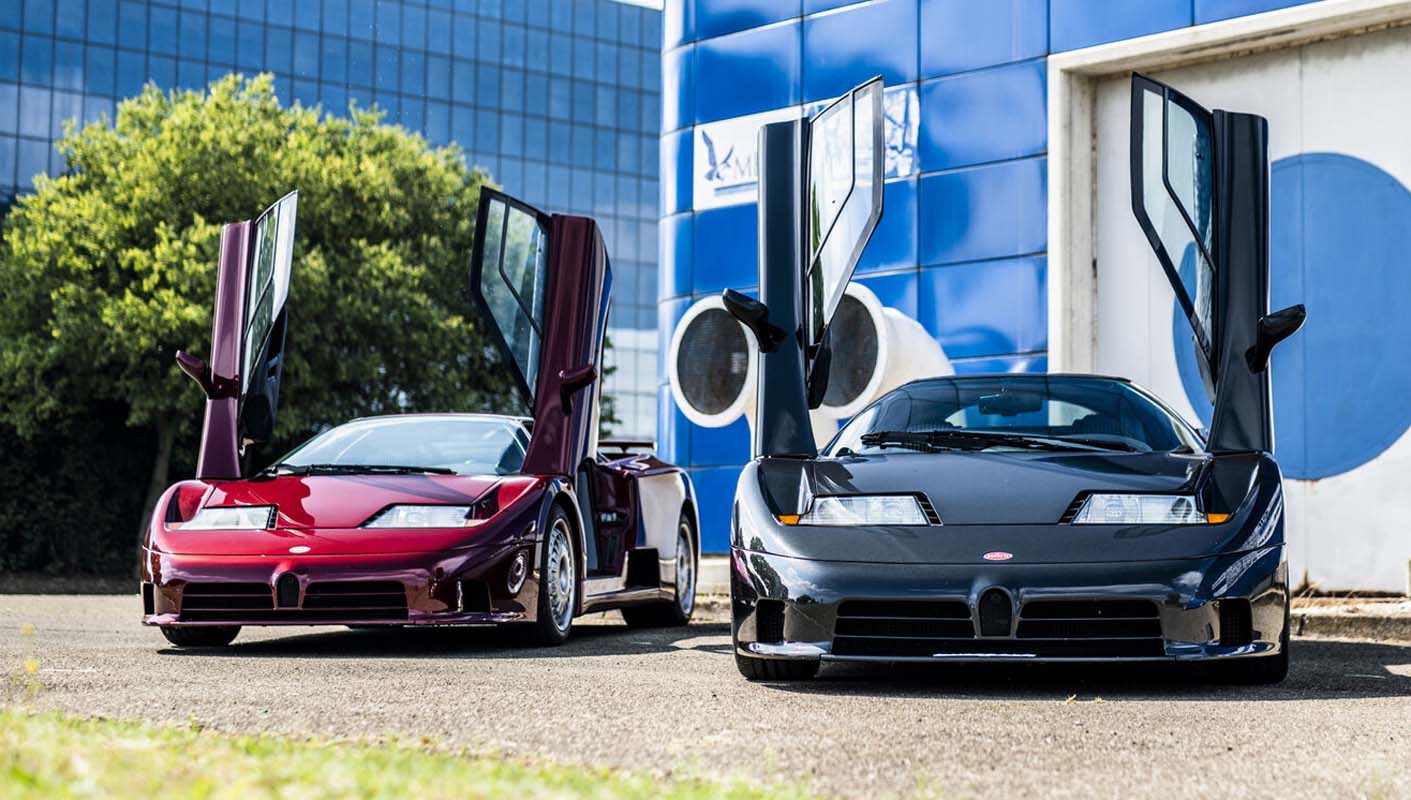 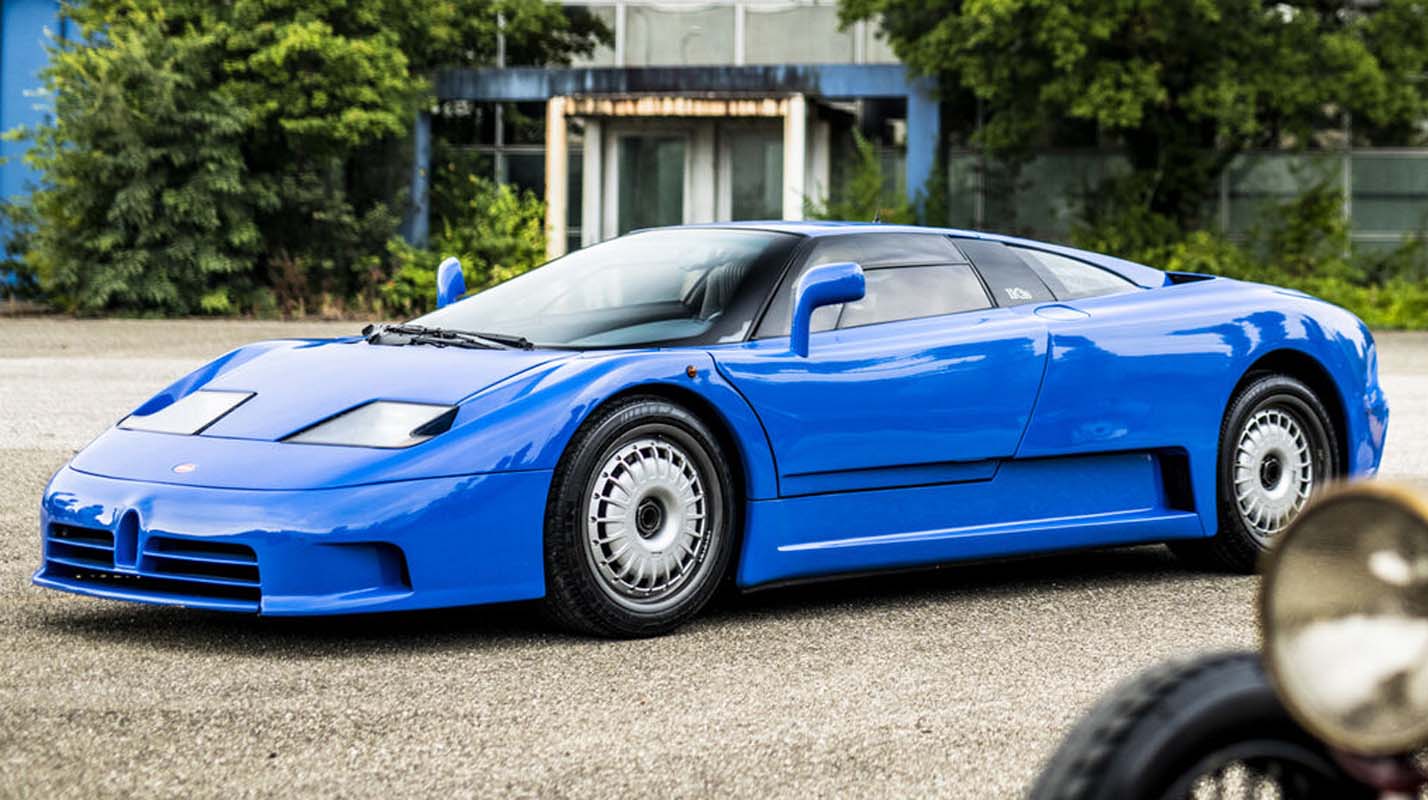 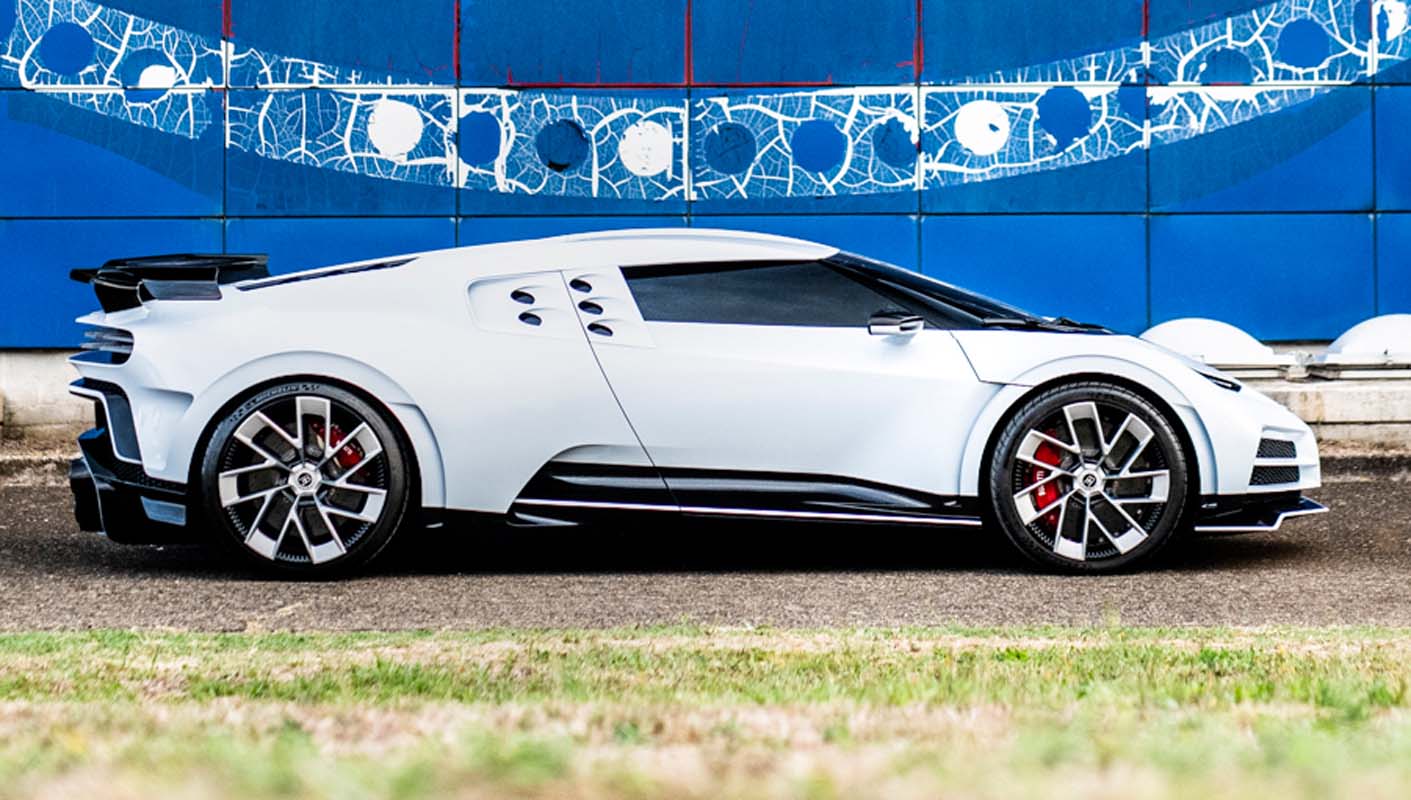